Dexter Dalwood (b. 1960, Bristol, UK) is a rare instance of an artist equipped to examine how history is constructed and interpreted through the making of paintings which are both intellectually challenging and visually seductive. The artist’s juxtaposition of quotations and references from a broad and eclectic range of subjects is reflected in his transposition of the cut-and-paste of the collage technique to canvas. Not only does Dalwood possess a profound cultural and historical knowledge, he also perceives the connections between art history, politics, music, literature and personal experience, which he intimates with a remarkable lightness of touch. His paintings reward close observation, for the event or situation depicted is always reflected in the styles of painting that were developed during the periods referred to in the work.

In Dalwood’s practice the medium of painting is not only examined and celebrated in terms of its history and legacy; Dalwood also demonstrates the enduring contemporary relevance of painting as a way of communicating how we experience the world in which we live. On the flat, painted surface Dalwood creates a breathtaking pluralism that refracts and collides the memory of the past with future recollections of the present. It is no coincidence that the subjects of his paintings are always physically absent, portrayed through depictions of the environments that they might have occupied. Their invisibility heightens the mystery and artifice of the scene but also removes the most recognisable aspect of figuration from works that ultimately communicate something that goes beyond depiction or language. Much more than the sum of their very disparate parts, Dalwood’s paintings make an uncompromising claim for the continuing tradition of the medium.

Read More Ocula Conversation Gregor Muir, Princess Alia Al-Senussi and Abdullah AlTurki By Anna Dickie, Hong Kong I am a huge fan of Hong Kong, I think Hong Kong is extraordinary and for me it was a very important thing to be able to do something that was really trying to capture the essence of what I love about the city. 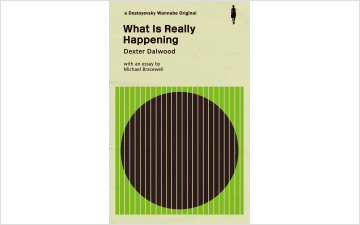