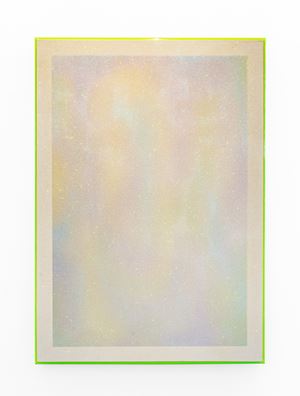 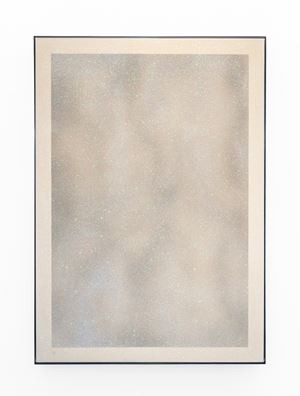 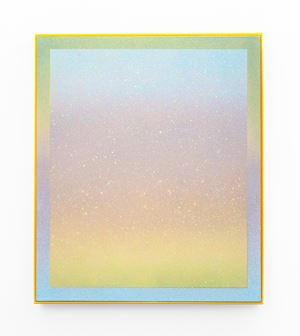 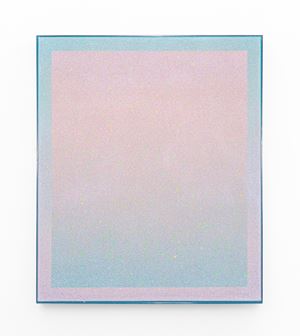 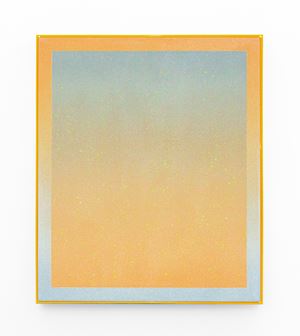 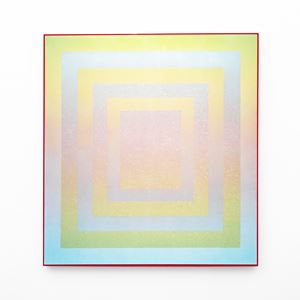 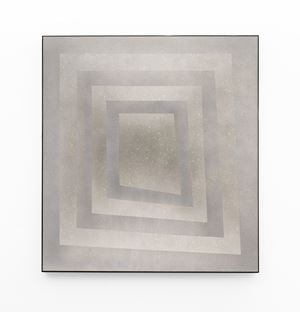 Rosie MudgeI’ve been wondering down in these caves / For what feels like one thousand days, 2020Automotive paint and glitter glue on canvas
132 x 122 cm SMAC Gallery Contact Gallery 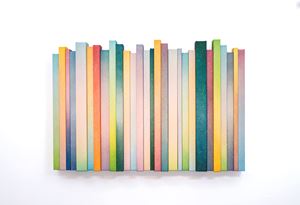 A Discovery of Reflex

There is something to be said for the comforts of brightness. It reveals, it clarifies, it steals from the dark. Never did I appreciate illumination like when I arrived at that house. A colossal thing with so much space to let the light in. It came as a shock that its interior was quiet as a tomb and dark as night.

I would spend days roaming the halls of the home, in search of the places where there was actually light, where the darkness was at bay. Every bright spot a discovery that I had unearthed.

The previous occupants had left a wealth of things in their wake. Books, crockery, implements to help mend and fix, and sharp things that cut away. They were treasures. They were mine. Sometimes when playing with these things it was almost like I was playing alongside the people themselves.

I heard the click of a sturdy heel along the tiled passage, plates were being carried to be arranged at a giant dinner table. I saw a man turning the screw of a creaky floorboard.

But these scenes were almost always interrupted. Dissolving as quickly as they had appeared.

It was only later that I would develop a fascination with the foyer. I had never really taken notice of it before. It would become my favourite. The foyer had a fractal quality as if it didn’t really match up. Its lines and angles jutting instead of fitting together. I asked if this could be my room, but the answer was of course – no. Its incongruent interior sang to me. I would only later discover that sing was not exactly the right word. Rather, it screamed.

Sometimes you could catch the foyer on a bad day, and it would disorientate you. You’d walk up to the mirror next to the coat stand and peer into the dining room or witness a woman cooking furiously in the kitchen. Sometimes you’d leave the foyer only to be borne aloft and thrown askew in a shifting passage. Sometimes the foyer had a temperament. The only way to escape its moods would be to ignore it and distract yourself elsewhere.

The foyer was fickle, and its shifting dimensions would often reverberate across the house. Doorways leading away from it would throw you off, windows looking into it would reveal spectres of people happening about their lives. It would be years later that I would once again peak through its windows and see my child self playing there. I then knew that it was me all along.

And so I started to unpack my things once more and set upon finding the bright spots. The click of my sturdy heel along the tiled passage ringing through the house as I looked for all the places to let the light in. The guests would be arriving soon.

Sign up to be among the first to know when new exhibitions by Rosie Mudge or at SMAC Gallery open.