Darkness in a theater. A movie ended and the ending credit appears on the screen followed by the director's name. Some, who are still in the theater being deeply impressed, grave the name in the heart with a couple of scenes that remained as afterimages. After a while, when the name reappears on an inky-black screen at the screening of the director's cut, the images, which are alive in their minds though became a little blurred, come up again with deeper colors. Ironically, a re-edited work for the only one, the director, casts a spell on the minds of the many who love the movie. This appreciation becomes possible as visitors become curious even about the creator's concerns and practices that occurred during the production process, which takes the form of a long bead stitch of exploration, combination, and selection, beyond just being interested in the play. 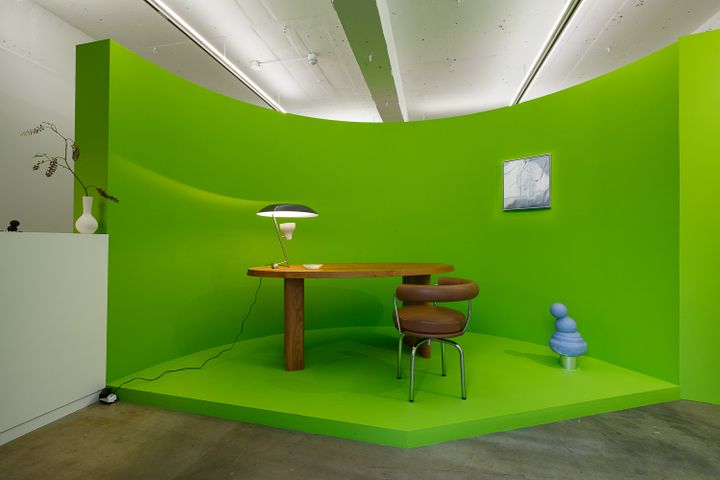 'Collecting' resembles movie production in that it goes through the process of threading beads (actually, threading beads is also a kind of collection). Just as directors who film and collect various footage, collectors go on an exploration to find the beads that they truly desire, and combine them in the most satisfactory form. At last, after fair consideration, they fix them so that they no longer change their order. 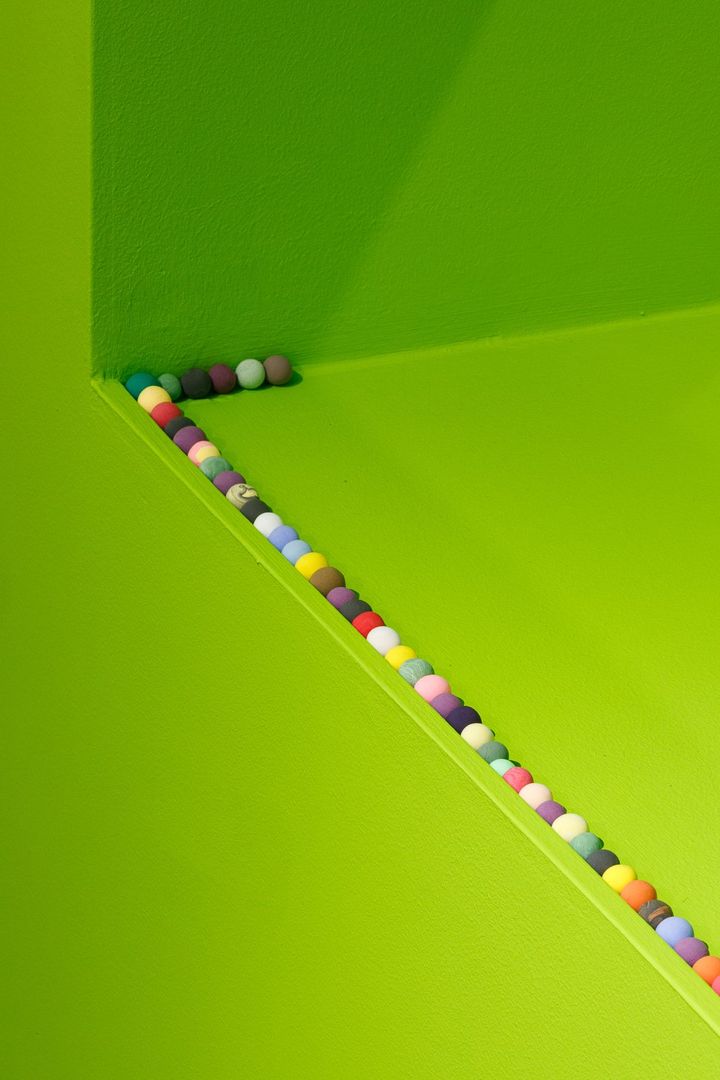 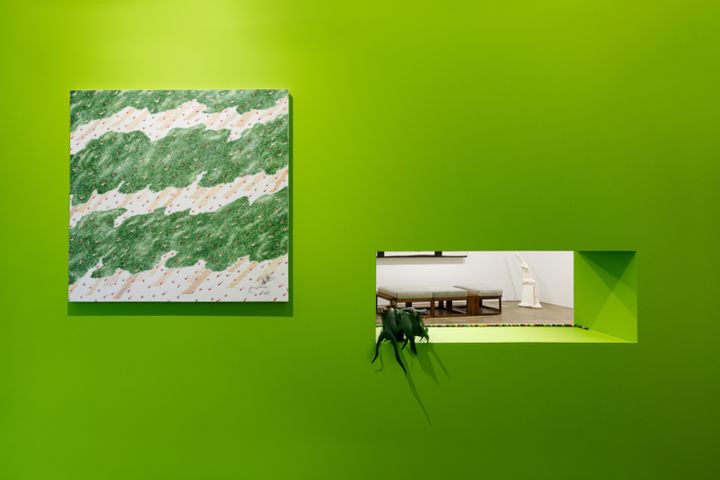 What remains at the end of the process is 'the Collector's cut'. This cut can exist anywhere like in someone's room, on a bookshelf, in a garden, or even in a bag, but it cannot be defined by the languages that refer to 'where it is located' since this area has no physical boundary. However, once we stepped into this secret space, which can never be described by any detailed floor plan, we can realize that we have entered the ideological boundary of a collector's cut while wandering around, spending substantial time appreciating, and even sensing the will of the founder who might have built this Wunderkammer. 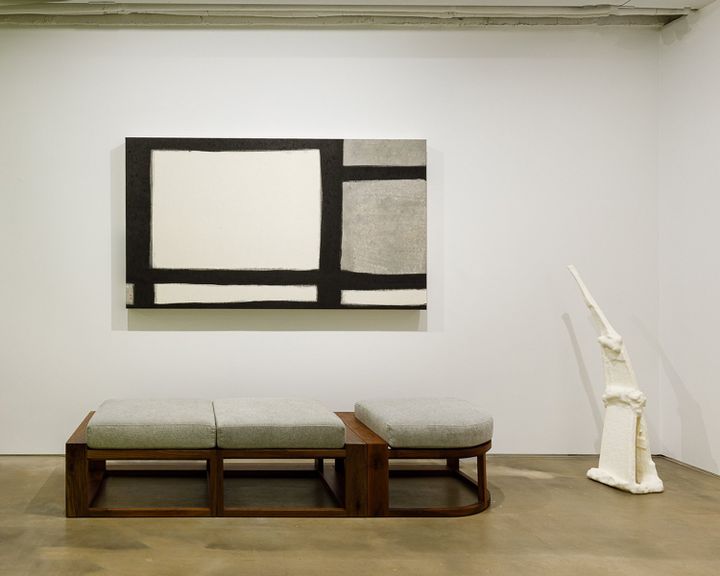 We are passing an era where we can know everything but cannot reach anywhere. The world has taken for granted the maximized accessibility when navigation between planets, as well as countries, achieving higher elaborateness. However, all passages became blocked in an instant due to the sudden emergency of global health. Left in our rooms, we reflect on the world we have experienced before, with the data coming through cables buried deep down in the sea, which are the copied reminiscences of the past world. Soon, we began to collect pieces of taste found here and there and decorate personal areas, where we can take off our shoes, coats, and masks, to make 'look-alikes' of the world we long for. In recent days, capturing these collector's cuts made up of extremely subjective and private mise-en-scene and using them as one's profile image is becoming one of the common ways of self-introduction. 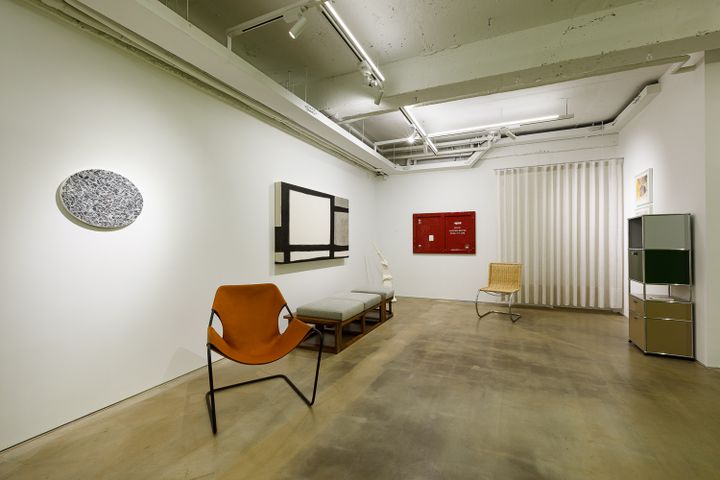 Stuio2f, an interior styling group that deals with 'the old' and 'the new', 'the common' and 'the unique' based on fabric and furniture, and SPACE SO hold together exploring spaces where can reflect this age of the foundation of 'one-person worlds.' Each cut will be accompanied by combinations of the designers' furniture carefully selected by studio2f and the artworks of the contemporary artists who are actively engaged in various fields of pottery, oriental painting, sculpture, and painting proposed by SPACE SO. Without any borderline, the works of KAPPAO, KANG MI SUN, GONI, KIM CHAELIN, DASOM PARK, Shin Hocheol, and Yoonhee Choi come with the furniture showing the finest innovation and philosophy of designers like Kim Seunghwan, Charlotte Perriend, Norman Cherner, Fritz Haller, Miss van der Rohe, and The Brothers Levaggi, Henry P. Glass, Charles & Ray Eames, Le Corbusier and more. 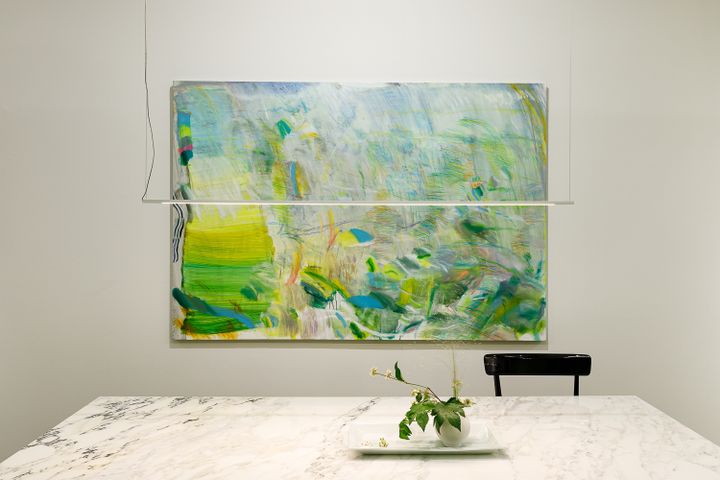 The place where all the works and furniture in the exhibition hall should finally arrive is someone's side, who is sitting in the most relaxing position when the very long light from the sunset sky touches the tip of one's toe while all the lights in the exhibition hall are turned off. The exhibition presents a variety of cuts with art and life for the viewers that might be new collectors to look around every corner of the space and imagine which scenes are closer to the world they want to have in mind.

Collector's Cut: nearby, on one side, a piece

Be among the first to know when new artworks and exhibitions at SPACE SO are added to Ocula.
Sign Up Login