Yeesookyung delivers her best performance at the forefront of contemporary art, using various forms, including performance, video, installation, sculpture, and drawing. Her paintings, however, are relatively less known. Although the Painting for Out of Body Travel (2000-2002) series might be considered the artist's early paintings, the works are closer to part of an installation. Yeesookyung's solo show Oh Rose! (2020) at Space Willing N Dealing included four paintings that were yet to be revealed to the world, all part of the Past Life Regression Painting series. The works relate strongly to the Flame series, that the artist created between 2005 and 2009, which employed cinnabar. Red and florid undulating rose petals that comprise the entire picture plane of Past Life Regression Painting also are reminiscent of the Flame series. Flames are created by filling the whole paper plane with line drawings with cinnabar, a material commonly used for making talismans. Yeesookyung fills her painting by laying the paper on the floor and placing her body flat on the ground, parallel to the paper. Without drafts or sketches, the artist's body moves around and continuously produces traces of flame shapes. The series—with lines drawn through repetitive actions that become the shapes of flames covering the entire screen—demonstrates the artist's turning point, departing from focusing on external narratives and others' gazes toward concentrating entirely on herself. Yeesookyung's earlier work usually created a perfect mixture of analyses and researched data on a specific subject.

In her 2020 solo show Oh Rose! at Space Willing N Dealing, which presented only her two-dimensional works of paintings and drawings, Yeesookyung also displayed works from Daily Drawing she had done in 2019 and 2020. Compared to her 2012 drawings the more recent work shows quite a change in her iconography. People, animals, objects, and their stories unfold like fairytales in what looks like a mind map. The artist's private and unrestrained ideas coming from her unconscious are powerfully revealed, like an explosion of spontaneous inspiration. Various images appear one after the other with bizarre yet beautiful and humorous narratives. These tales in the small paintings are so powerful and colorful that the more one looks at the painting, the more can one find stories. On the lower part of each drawing, another drawing fills the circle, a distinctive feature of the Daily Drawing series.This form comes from Mandala therapy, which stresses the balance of psychological stability, a healing and meditative action that allows one to balance the mind.

Yeesookyung enjoys teasing out iconographic images from her mind. In this regard, the Past Life Regression Painting series closely relates to other two-dimensional works. More recently, the artist has visited a hypnotic therapist to experience her past life, and uses the therapy session as a source of her painting. She enters her past life, and undergoes various forms of her diverse lives. The glamorous bush of roses that fills the picture plane is a scene that Yeesookyung had always passed by in therapy, like a gateway to her past life. Yeesookyung's life is varied. She is Aa human that has sympathy and a warm heart., a doe with maternal love, a bear who looks for revenge but has changed its mind, a fir tree that sacrifices itself and burns to ashes while letting other animals escape, a pure spirit, the energy of the ocean, and "Tutangcla," a boy who is sacrificed to death in a fight for his tribe.

Yeesookyung exhumes parts of her stories drawn from her past life and produces a video by editing them together. The tales and images in the video appear as if one were listening to entwined stories of images that increase in every moment that issue from the private unconsciousness seen in the artist's Daily Drawings. This also resembles the process of assembling chips and pieces of pottery for the Translated Vase series. Whether her eyes are set on her surroundings or in her mind, the result always shows the artist herself. Regardless of form, Yeesookyung works closely to her feelings, and the images change through various situations. Even her health influences her method of approaching art. I recall the artist's brilliant words in an interview: "I make art to become healthier, happier, and prettier." 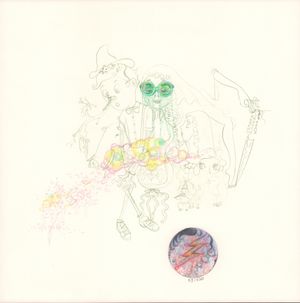 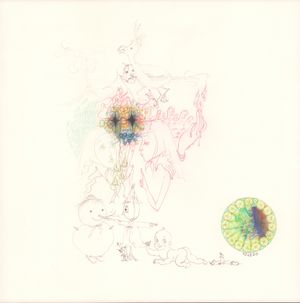 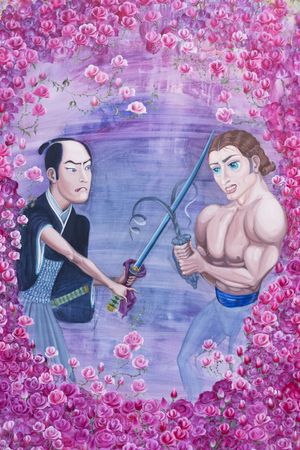