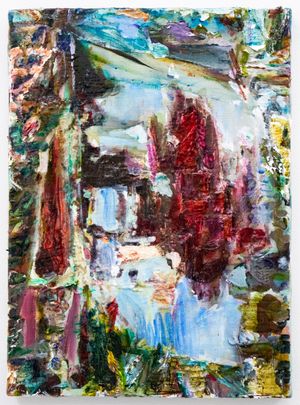 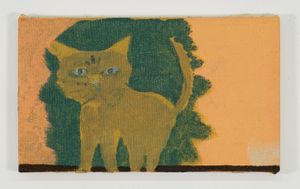 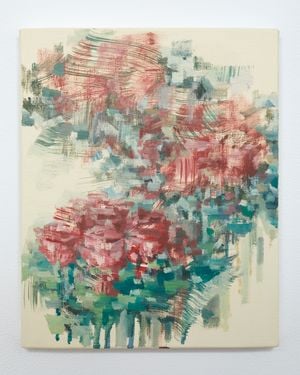 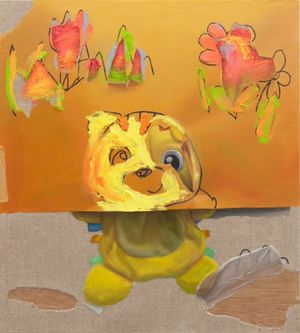 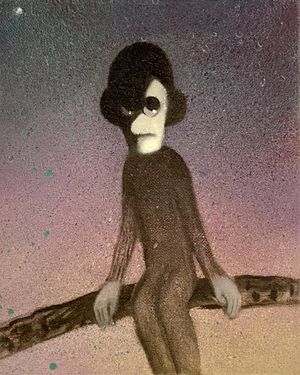 The group exhibition will feature figurative and abstract paintings that explore the human perception of the everyday scenes and objects through the unique perspectives of Satoru Kurata, Reina Mikame, Yu Nishimura, Tomohiro Takahashi and Masanori Tomita.

Constructing their canvases as a stage, Kurata and Takahashi frequently feature animalised characters in their works. "Rather than cutting out a part of the existing landscape, [painting to me] is more like setting up a new framework and arranging people and props on it to build a world," commented Kurata. Metaphorically, the artist depicts masked humans or anthropomorphic animals pointing to the social mask (persona) people are living with. In the search for the ideal and contextual facial expressions through his own stream of consciousness, Kurata's characters' appearance and clothes are often heavily modified during the production process, and his solid technique gives sculptural forms to the masks created. Presenting a monkey-like figure in Slow Dawn (2021), viewers are encouraged to imagine what he/she/it is gazing at. While in Takahashi's painting, the contrast between the bare canvas and the children's craft background highlights the toys centered. Inspired by a significant stuffed animal he cherishes, the artist continues to stage toys that take living creatures forms, which are widely perceived as symbols of comfort, compassion and acceptance. His bright canvases enlarge many childhood motifs with realist details, like the wall doodles in hide-and-seek (2021) and the dollhouse in ONE'S (2020), giving viewers a sense of familiarity.

The other paintings by Nishimura, Mikame and Tomita present a sense of movement and time that suggest the fluidity of our bodily perception. Rendering the outer forms of his subjects with faint brushstroke and overlaid layers, the misaligned contours form a wavering image in Nishimura's picture plane and seem to capture different times in a frame. Fabricating his memories of the everyday life details onto his paintings, Nishimura's new works present some of his common themes including human portraits, birds, cats, fruits, and suburban landscapes. The nature motifs are also seen in Mikame's oeuvre, in which the artist focuses on painting the ocean, sunlight and flowers based on her internalised experience of the surroundings and sketches made during her special journeys. They include her revisit to places in her childhood memories and her trip to Europe. Although her flowers in Looking at the light (2021) and the Flower Stall series (2019) are quiet and still, the artist indicates the movement of light by the patches of colors employed, pointing to the role of illumination in our visual perception of the subject's color. Similarly, Tomita's paintings take inspiration from the sketches of scenes and details of his environment. The artist has focused on abstract expression through thick and solidified paint, where he projects his momentary feelings to his works and allows diverse expressions and actions in one canvas. Traces of Tomita's perceptions can be observed in detail in each of his four canvases, including the use of white paint which represents moments that are lost in his consciousness.

Sign up to be notified when new artworks and exhibitions at SHOP Taka Ishii Gallery are added to Ocula.