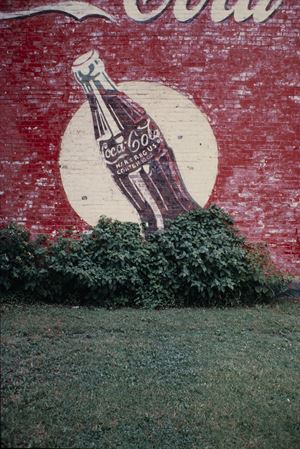 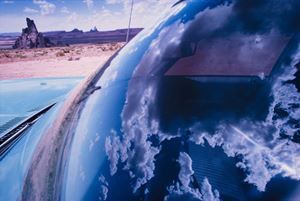 Taka Ishii Gallery Photography / Film is pleased to present Stellar Memories, an exhibition of works by Ikko Narahara from Nov 1 to Dec 21. Having made his sensational debut with Human Land in 1956, Narahara traveled through Europe in the 1960s and United States in the 1970s, and captured, with a uniquely broad perspective, 'Sights of Civilization'—various aspects of civilization as he saw it in the numerous locales he encountered on his journey. With his 'personal document' style rich in poetic sentiment, he pioneered a new era in Japanese photographic history. This exhibition will feature approximately nine works from his series 'Stellar Memories', which primary comprises photographs he shot as he traveled across the United States during his four-year stay.

Viewed from the substratosphere, the North American continent shows cracks and fissures that resemble the 'canals' of Mars. They are asphalt highways running across plains and deserts. These flashes of black lightning split a space divided into four different time zones from east to west. Once immigrants from many different cultures followed these lightning paths in covered wagons. These people who looked out over endless plains, who stopped by hills and in valleys, in forests and by rivers, and who made these places their homes—what made up their minds for them? Going back much further, the Amerindians who crossed eastward across the Bering Strait from Asia into the Americas regarded the trees and birds and fish and stars they saw on the new continents as universal spiritual beings. They felt themselves to be a part of nature, and for them the earth was something transparent with spirits, something wild but beautiful. Now the flashes of black lightning curve through both the world of these interstellar spirits and the world of Chaplin's Modern Times like continuous Möbius strips. On the back of the dollar bills used in this land of Möbius is depicted a curious pyramid, and on the pyramid a single eye gleams like a star. In Latin is inscribed NOVUS ORDO SECLORUM, 'a new world order.' And ANNUIT COEPTIS, 'the age of Coeptis,' the latter being an ancient Egyptian pharaoh. In a document written during the pharaoh's reign was predicted the time when a new world begin, a time which mysteriously coincided with the day the United States of America was founded.On the night of July 4, 1950, Mr. Daniel W. Fly climbed aboard a UFO that had landed at the White Sands missile testing range and traveled at eight hundred miles per hour at an altitude of thirty-five miles.

Narahara, who saw a bottomless and 'waterless ocean' in the boundless North American continent, impressively captured, through careful consideration and observation, the spiritual quality of natural landscapes; the lives of those who live in those landscapes; and the man-made-ness of the American nation. The fruits of his stay in America were published after his return to Japan as Stellar Memories (1987), Where Time Has Vanished (1975), Celebration of Life (1972), and Broadway (1991), and also exhibited in solo exhibitions in galleries in the United States. Narahara has been called one of 'The 32 Greatest Photographers in the World' and featured in magazines and other foreign media. The series of exhibitions and publications that came out of his stay in the U.S. helped propel his international reputation even further.

Sign up to be among the first to know when new exhibitions by Ikko Narahara or at Taka Ishii Gallery Photography / Film open.