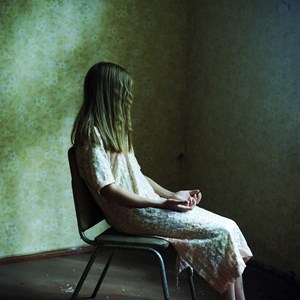 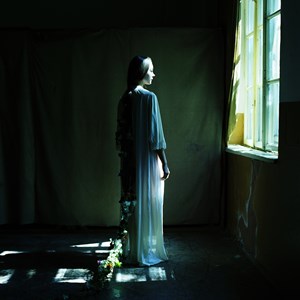 Taka Ishii Gallery Photography / Film is pleased to present We are Made of Grass, Soil, and Trees, a solo exhibition of works by Ayaka Yamamoto, from August 25 to September 29. This will be Yamamoto's second solo show with Taka Ishii Gallery and it will feature 14 works shot in various parts of Eastern Europe between 2014 and 2017.

I am always left standing and stilled by big questions such as, 'What is human existence?' and, 'What is my inherent character?'

I would like to examine the inherent character that exists in an unmarked state, prior to being named.

Yamamoto's photographic practice involves traveling to and staying in foreign countries, where she has difficulty communicating verbally, and shooting young women whom she meets there. Having her subjects wear clothes the artist procures locally, Yamamoto produces portraits by communicating physically through gesticulations and pre-linguistic sounds. The resulting images betray their subjects in usually hidden unconscious states, stripped of the clothes they ordinarily wear and their personal image, which constitute their identities.

The title of this exhibition We are Made of Grass, Soil, and Trees was inspired by an Ainu myth that Yamamoto read. At the locales that she shot her photographs, people still live in proximity to nature. Yamamoto has said that she wants, 'To extract the receptivity and beliefs of pre-linguistic people in the present'. This desire forms the core of her practice, in which she interacts with her subjects without relying on language or knowledge, and by trusting the potential of physical sensibility.

Repeatedly confronting and communing with her subjects, Yamamoto began to feel that her subjects mirrored her. In this series, her interests have shifted to address the actions that more deeply connect her to the subjects that stand in front of her. To make these images, Yamamoto asked her subjects about the meanings of their names and dreams they had to gain insight into their inherent character. Her gaze, meanwhile, seems to want to identify the links between the essential existence of her subjects that are revealed as a receptacle under their removed masks, and the various elements that are accumulated in that receptacle to form the masks.

Ayaka Yamamoto's new book We are Made of Grass, Soil, and Trees will also be published concurrently with the exhibition.

【Publication details】 Ayaka Yamamoto We are Made of Grass, Soil, and Trees

We are Made of Grass, Soil, and Trees

Sign up to be among the first to know when new exhibitions by Ayaka Yamamoto or at Taka Ishii Gallery Photography / Film open.