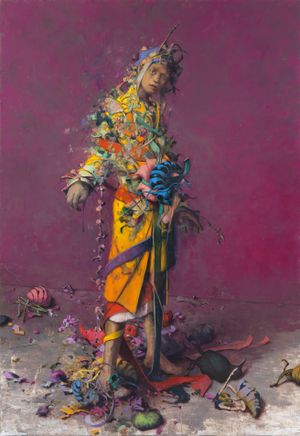 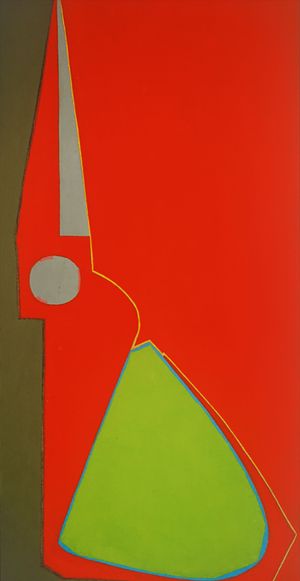 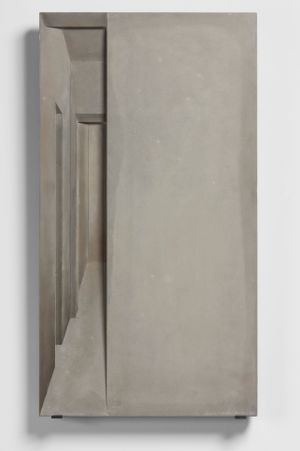 Mao Xuhui has developed a kind of branding identity for his work through the repeated use of figurative daily objects. After evolvement of 3 decades from the motives of 'Scissors', 'Paternalism' to 'Daily Epic', the meaning of scissors and chairs have grown from home and country, feudalism and authority to the metaphor of life, death and family bonding.

Jonas Burgert paints a stage every time that he lifts his brush: with every stroke, with every composition. His works depict the inexhaustible theatre play that Burgert considers to be human existence: man's need to make sense of his purpose in life. It is a quest that seems inconclusive, but which opens doors to every sphere of reasoning, imagination and desire.

Cai Lei's works explore the relationship between illusion and space. From his interest in planarity, he carves out an illusory conceptual space which oscillates between the second and third dimension for his creations.