He currently lives and works in Paris, France and Ittlingen, Germany.

Yang Jiechang’s artistic practice as a calligrapher-painter turned global social actor inverts the contemporary Chinese art world norm of using Western avant-garde forms to critique contemporary Chinese society. He accomplishes this by adopting the performative expressivity of the traditional brush and the paradoxical dialectics of pre-modern Daoist skeptics to expose the underlying social and cultural forces that shape our contemporary global reality. Starting with his censored Massacre series in which he confronts the human toll of politically-violent authoritarian government, and continuing with his 'Crying Landscape' series which he created for the 2003 Venice Biennale, Yang has made the critique of power, wealth, violence and terror central concerns of his artistic practice.

With his purely abstract Layers of Ink works, which he inaugurated for the seminal 1989 trans-national show Magiciens de la Terre, and his figurative 'Ascension' and 'Tales of the Eleventh Day' series, Yang deals with the contrasting themes of material and spiritual transcendence, liberation of the individual, universal love and nature. When Yang deploys seductively masterful technique in service of psychologically disturbing or even horrifying imagery, our experience approaches the sublime—a realization of the inhuman that is both monstrous and transcendent. 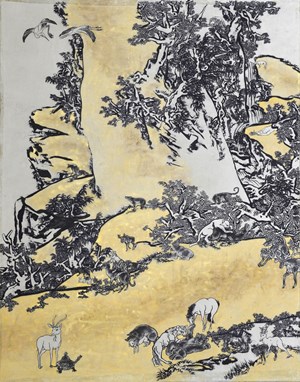 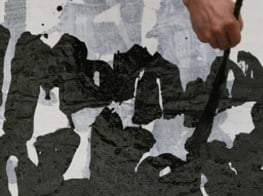