Zhu Jinshi (b.1954, Beijing) produces abstract paintings whose surfaces are built up with thick, near-sculptural layers of oil paint. Resembling colourful landscapes, Zhu’s images range in palette and scale, but the artist is known to always apply his oil paint with spatulas and shovels. Producing dense lashings of colour, the artist’s method recalls the style and techniques espoused by the German Expressionists, who Zhu was profoundly influenced by during his years living in Berlin. Zhu belonged to a group of Chinese avant-garde artists named the Stars, which formed in 1979 to challenge aesthetic conventions and exhibit their work publicly. The group, which included the famous dissident artist Ai Weiwei, was granted an exhibition in 1980 at Beijing’s National Gallery, a breakthrough in Chinese cultural expression that helped to establish the creative force of the individual. 'Although I operate within the realm of form,' Zhu has said, 'my idea is to go beyond the limitations set by form and break free.' He has also produced photographic, video, installation, and performance works.

I am a huge fan of Hong Kong, I think Hong Kong is extraordinary and for me it was a very important thing to be able to do something that was really trying to capture the essence of what I love about the city.

Despite the sheer masses of paint employed, the paintings do not seem excessive, but rather driven by an assiduous focus on the material, physical qualities of paint.

Your first up-close encounter with the abstractions of Chinese artist Zhu Jinshi can be something of a shock. The paint, caked on as thick as cement, is vigorously pushed, pulled, and scraped across enormous canvases, producing kaleidoscopic surfaces that look a bit like an asphalt highway buckled by an earthquake. “The works don’t just... 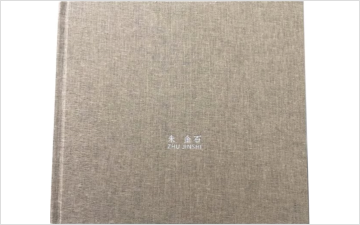