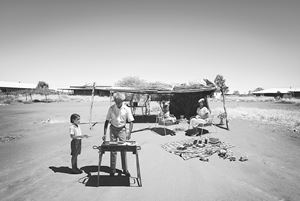 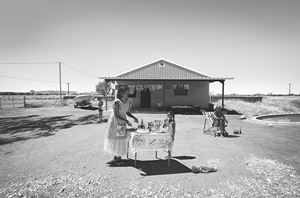 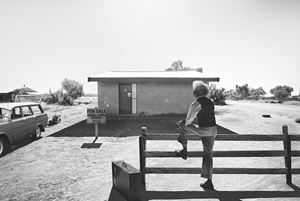 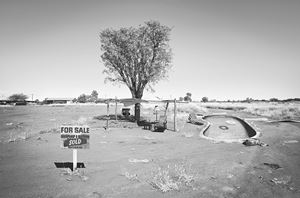 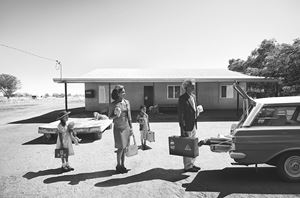 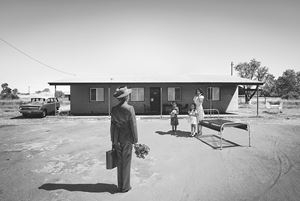 'I was never taught Aboriginal history at school, only about European settlement of Australia. What I learnt in school was similar to the first European settlers' beliefs, with words like 'natives' and 'discovery' of Australia. Looking back now, I realise that it was a false way of teaching, and that it hid the truth about the treatment of Aborigines over the past four hundred years.

Captain Cook, who 'discovered' Australia wrote 'these people may truly be said to be in the pure state of nature, and may appear to some to be the most wretched upon the earth; but in reality they are far happier than ... we Europeans.'What was the colonisers' view of what it means to be civilised, and would a better understanding of Aboriginal cultures have made a difference to our history? Was being civilised about fashion, speech, cultivating the land and having Christian beliefs, or was it to do with the colour of someone's skin, or how they appeared?'Even today, Aboriginal people are still suffering because these beliefs still exist amongst some non-Indigenous Australians.'- Michael Cook, 2020

In Livin' the dream, Cook offers a retake on Australian history by imagining a contemporary Indigenous community with Aboriginals living the lifestyle prescribed by white norms. The disjuncture between the reality of Indigenous life and the white Australian dream/ideal raises the questions 'what makes a person civilised?' and suggests how different history might have been if those Europeans had realised that the Aborigines were indeed civilised. Cook asks provocative questions: If the British had realised Aborigines were indeed civilised, would history have been different?

Cook's photographic works reinterpret Australian history and reframe entrenched narratives through the eyes of Indigenous Australians. His carefully choreographed images reflect on notions of truth and identity and consider how art and images shape history and cultural memory. The images explore the continued effects and ongoing aftermath of colonisation and cultural marginalisation.

The works are characterized by a dramatic and seductive aesthetic. His highly staged and carefully constructed images are realised in a monochromatic palette that gives the work a timeless and wholly contemporary quality.

Sign up to be among the first to know when new exhibitions by Michael Cook or at THIS IS NO FANTASY dianne tanzer + nicola stein open.
Sign UpLogin