Timothy Taylor has previously featured in an Ocula art fair partnership, but is not a current Ocula member gallery.

If you are from Timothy Taylor and wish to apply to become an Ocula member gallery please visit: ocula.com/membership. 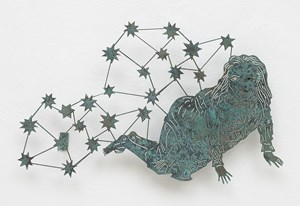 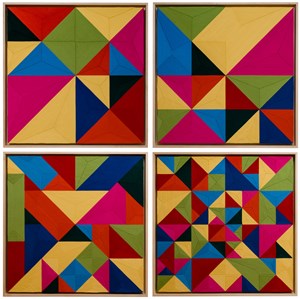 For the 2015 edition of Art Basel Miami Beach, Timothy Taylor is presenting an exhibition by four represented artists, drawing from the gallery’s established stable (Kiki Smith, Antoni Tàpies), and complimenting this with recently appointed artists (Gabriel de la Mora, Eduardo Terrazas). Despite taking different approaches to their distinct practices, these artists are unified by their extensive research and transformation of materials which reclaim and document their own histories, while also exploring ideas about universal existence, social history and material culture. Their applied exploration and proficiency with their materials is informed by another key point of intersection - architecture.

Antoni Tàpies remains an influential figure for his highly technical approach to materials and masterful, gestural mark making. Broadly, Tàpies’s work investigates the existential ‘void’ and his diverse creative output shares a clear underlying quality: the suggestion of an intangible force, that is only sensed in its absence. Tàpies’s use of assemblage became a signature of his work, particularly through the recurring use of windows, doors and beds. The familiar and humble attributes of these domestic objects reflect Tàpies’s deep concern with a personal yet universal introspection, catalysed by the spirituality of the material world.

Kiki Smith’s practice addresses the philosophical, social, and spiritual aspects of human nature. Through the manipulation of everyday materials such as glass, ceramic, fabric and paper, Smith’s work examines the dichotomy between the psychological and physiological power of the body. As a young girl, one of Smith’s first experiences with art was helping her father – architect and sculptor Tony Smith – make cardboard models for his geometric sculptures. This training in formalist systems, combined with her upbringing in the Catholic Church, would later resurface in Smith’s evocative sculptures, drawings, and prints.

Having trained as an architect before gaining a Master's degree of Fine Arts in Painting from the Pratt Institute in New York, Gabriel de la Mora transcends the limitations of distinct disciplines, positing himself as an artist who works with ideas, possibilities and concepts. De la Mora's work lies in questioning and experimenting within the liminal zone that lies between painting, drawing and sculpture, revealing the intimate and personal within the universal convention of modernist abstraction. The metaphysical category of time becomes a fundamental factor in each of his works, subscribing to his theory that a work of art attempts to outlive the person who creates it. In this exists a principal artistic goal which pertains to the search for an equilibrium between the conceptual and the formal, from the appearance of an idea until its execution. The ambition for balance between these elements gives rise not only to works of art but also to an archive in which the artist obsessively safeguards the passage of time.

As a young architect, Eduardo Terrazas came to prominence as the co-designer of the logo and prevalent design elements for the 1968 Olympic Games in Mexico City. The logo – traced in concentric circles – set a precedent for the geometric forms that have come to define the artist’s visual language. His work, based on architectural formality and Mexican folk art, has shaped an oeuvre based on a confluence of contemporary and craft traditions. Terrazas uses the Huichol yarn technique, a craft technique practised by the Huichol people of Mexico, where yarn is arranged on wax boards, creating a bold, bright and highly colourful images on the surface, simultaneously implying the meditative approach required for such an absorbing and physically demanding process. In September 2015, Terrazas presented his first solo exhibition at Timothy Taylor.