Lin Ju showed his talent at an early age, receiving high recommendations from his teachers, and winning the children's pictorial contest in Japan World Exposition in 1970. Starting at age thirteen he began to paint in oil and later studied at the Department of Artistic Design at the Fou Hsin Trade Art School. His first oil painting in 1977, Memory in a Semicircle, was selected for the Taiyang Art Exhibition. His works have been shown in provincial and national exhibitions. Lin Ju received the Young Talent Award in the Young Artists' competition of Lion Arts in 1979.

In the real world, Lin Ju is a story-teller, a traveler in a dreamland, who sometimes displays an extremely bewildering if not feigned insanity. His passion for life is obviously much closer to religious sentiment and cult, which make him even more like a shaman or a wizard. From this point, the images he paints which depict severed limbs and siblings devouring each other seemingly point out the other way to cure his life and soul. Lin Ju's works often seem terrifying at first sight, but nonetheless permeate with every mystical and irrational element that activates life.

He founded an art group "Living Clay" with his friends and then held group shows in different places in 1988, 1991, 1996. The experiment of pure painting by Lin Ju, solitary confinement during 90 days was held at Jia-ren Gallery in 1985. It has been a focus of attention in the artistic circle. Lin's work participated in Taipei Fine Arts Museum Biennale in 1996 and the Taiwan Contemporary Art 1988-1999 Exhibition at the National Art Museum of China in 1999 and had solo exhibition at the Taipei Fine Art Museum. His works have been shown in joint exhibitions in New York, Spain, Portugal, and in cities throughout the US. 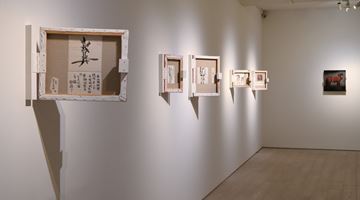 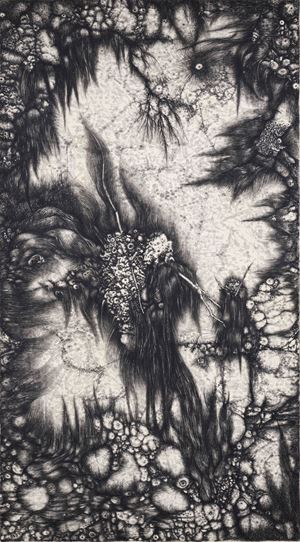 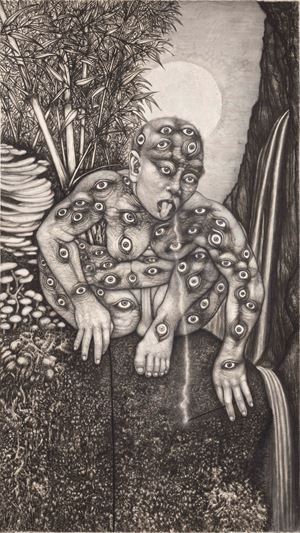 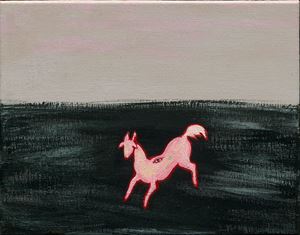 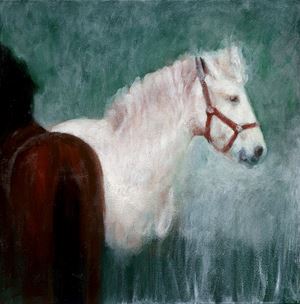 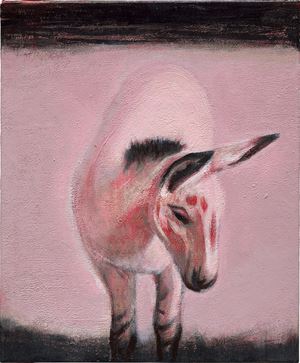 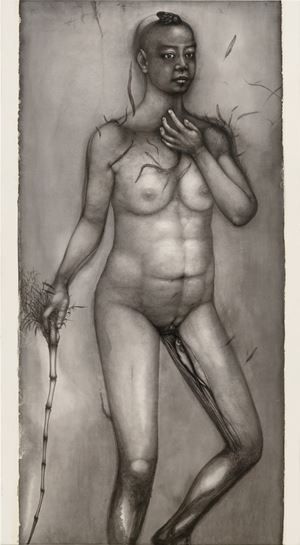 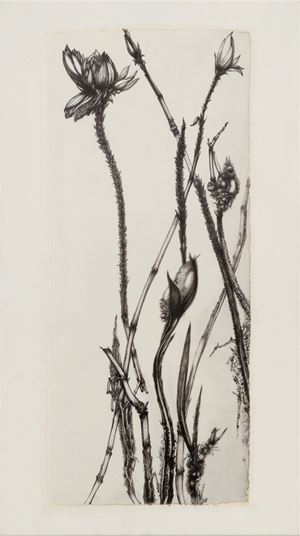 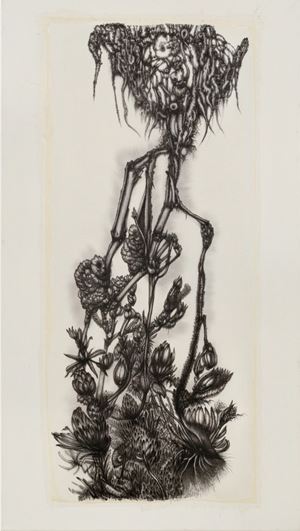 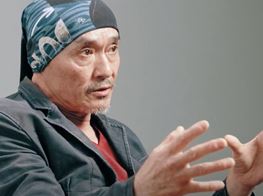 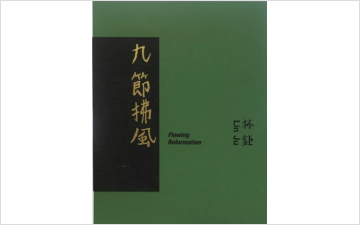