Su Meng-Hung works across such mediums as painting, silkscreen printing, installation, and sculpture in a creative process that manifests his attempt to transform traditional Chinese imagery of flowers and birds into a visual vocabulary of gaudy and grandiose icons, or into a cultural language of sensuous and appealing symbols. He often adapts elements of flowers and birds from the work of late Qing-dynasty painters. These visual symbols are not merely driven by the artist's desire to ridicule social codes or to popularise the symbols in mass culture. In fact, the flowers and birds embody the taste of the aristocracy and literati.

Su's body of work is deeply informed by his appropriation of Jesuit missionary and painter Giuseppe Castiglione's paintings. The appropriation of Castiglione's imagery in Su's work evokes the emotional states of the artists 250 years ago when Castiglione painted Barn Swallow and Green Peach Blossom, Lotus Flower and Butterfly, and Flower in a Vase, when Shen Zhenlin painted Flower Painting God, or when Wang Chengpei painted Peonies. Even with aspirations thwarted at the imperial court, these artists conveyed an indescribable elation glimmering in each brushstroke in their portrayal of kitsch or elegance — the same kind of bliss and delight that reside in the work of Su Meng-hung today. 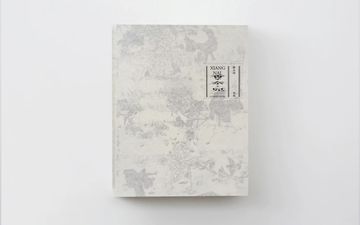