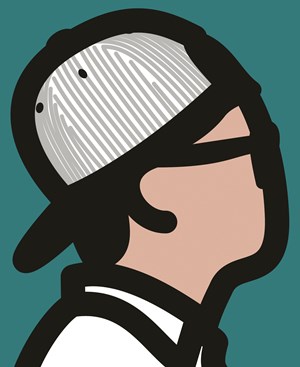 Kukje Gallery is participating in Frieze London and Frieze Masters, taking place in London from October 5 to October 8, 2017. One of the largest and most widely anticipated international art fairs of the year, Frieze will be held in a sprawling tent temporarily installed in London's Regent's Park. Frieze London is focused on contemporary art and Frieze Masters is devoted to exhibiting masterpieces by historically significant artists of the 20th century.

The booth will showcase a brand new work by Haegue Yang (b. 1971) titled Jahnstrasse 5 (2017), Yang recently won the prestigious Wolfgang Hahn Prize and a new venetian blind installation by the artist is currently on view at her solo exhibition at the KINDL – Centre for Contemporary Art through May 13, 2018. Kukje Gallery will also feature works by Wook-kyung Choi (1940 – 1985), who is currently the subject of a solo exhibition at Tina Kim Gallery in New York, and Julian Opie (b. 1958), who is holding solo exhibitions at the Suwon iPark Museum of Art through January 28, 2018, and at the National Portrait Gallery in London from October 6, 2017, to January 7, 2018.

The 6th iteration of Frieze Masters will feature approximately 130 galleries. Kukje Gallery will highlight works by Dansaekhwa artists such as Kwon Young-Woo, Kim Whanki, Park Seo-Bo, Lee Ufan, Chung Chang-Sup, and Ha Chong-Hyun, whose works have received widespread international acclaim over the past several years, along with Kim Yong-Ik (b. 1947), an artist of the post-Dansaekhwa generation. Kim's work is currently being featured in a two-part solo exhibition which opened on September 26 at the Korean Cultural Centre UK (hereafter KCCUK) in London and Spike Island in Bristol. Titled I Believe My Works Are Still Valid, the show is the 4th edition of the KCCUK's 'Artist of the Year' exhibition, which was established in 2014 to highlight the practice of seminal artists of Korean contemporary art. Kim's pioneering oeuvre has evolved alongside, while maintaining an individual stance amidst, the major currents of Korean art history, including the Dansaekhwa generation of the 1970s and conceptual art, Minjung art, and public art of the 1980s and 1990s.

In a related news, Kukje Gallery is pleased to announce a major exhibition of Dansaekhwa masters to be held in Russia at the Erarta Contemporary Art Museum in St. Petersburg; titled The Ascetic Path: Korean Dansaekhwa the comprehensive overview opens October 12, marking the 120th anniversary of Korean and Russian-Korean studies at the Saint Petersburg State University. Dansaekhwa works will also be featured in the group exhibition Rhythm in Monochrome: Korean Abstract Painting at the Tokyo Opera City Art Gallery in Tokyo, Japan, from October 14 to December 24, 2017.