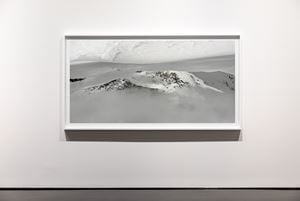 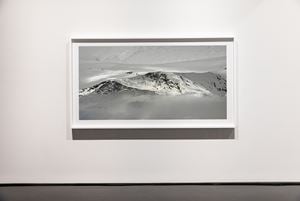 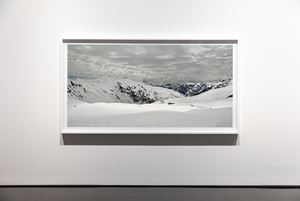 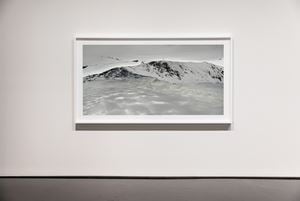 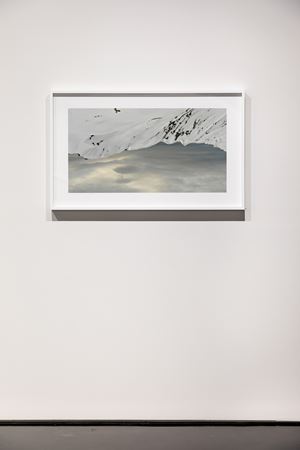 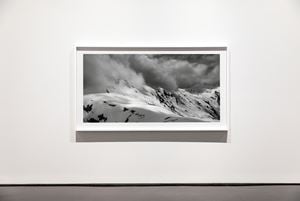 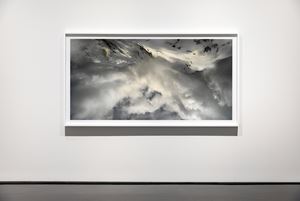 Late spring, 2018. Across both sides of the Tasman, the season turns on its head.

Storm winds from southeastern Australia move across rural New South Wales. They pass over drought stricken lands, raising the dust from the parched topsoil.i As the winds gather momentum they continue sweeping the ground skywards, forming a vast dust cloud, which pushes its way towards the state's eastern coastline and beyond. The view via satellite-radar tracks a wave of sand breaking across the land. The dust storm reaches Sydney on 22 November. A haze of burnt orange dirt hangs in the air. Over the coming days, the storm gradually moves further up the coastline into Queensland as a thin film of orange dust continues to settle over everything. Less than a week later, severe thunderstorms hit New South Wales, including the Sydney metropolitan area. The sky falls — torrential rain and flash flooding. Grounds become rivers.ii

A few days prior to these events, Rosemary Laing departs Sydney for Aotearoa/New Zealand. She's following the course of a different weather system, across the Tasman Sea to Otago in the country's South Island/Te Waipounamu. There, in Otago, temperatures are dropping rapidly in the region's holiday towns of Wānaka and Queenstown/Tāhuna. Heavy rain and snow warnings are forecast as a prelude to summer.iii

Winter conditions take hold and snowfall covers the area. For a couple of days the relentless drifts of snow dictate the speed of travel. A major road between the two towns is closed and flights out of Queenstown/Tāhuna are suspended. In Wānaka, the seasonal lows bring temperatures that eventually fall to the coldest ever recorded for the period.iv And in some parts of Otago, the November rainfall eventually exceeds the month's highest measure on record, in over a century.v A little further north, in the Southern Alps/Kā Tiritiri o te Moana the storms have also begun taking shape — the sky and ground swapping places in a whirlwind of ice, snow and wind. This is Laing's final destination, where she begins shooting what will become her photographic series, skyground, 2019.

The shifting grounds of these synchronous events in Australia and Aotearoa/New Zealand are part of the larger effects of the "anthropogenic influence" on global warming and the planet's unfolding climate catastrophe.vi

Pursuing the fault lines of a disaster's impact and devastation, its physical and cultural trajectory, has underpinned much of Laing's work. From overt disasters both "natural" (Natural Disasters, 1988) and "unnatural" (one dozen unnatural disasters in the Australian landscape, 2003), her works have often explored contemporary conversations and the historical legacies of Australian cultural identity — particularly in relation to the socio-political aspects of place, issues of cultural belonging and environmental change. Throughout her practice, different stories of place are evoked as embodied affects and complex narratives — shared, for example, via: specific localities (to walk on a sea of salt, 2004); staged interventions into sites (groundspeed, 2001; leak, 2010; and The Paper, 2013); or more abstractly as network effects of globalised communication and information economies, imagined as fluctuating vectors of speed and streams of mass media data (weather, 2006; greenwork, 1995; brownwork, 1996- 97; and effort + rush, 2015).

Thematically, skyground is most closely aligned with the simulated ether of Laing's weather series. Set against a backdrop of stormy lighting, weather stages a whirlwind of newspaper clippings that appear to draw up, and in some instances, obliterate, a lone, female figure. Choreographed to propel and overwhelm the figure in an onslaught of information, the visible force and ecology of the environment conjures the effects of late capitalism as an atmospheric nightmare — a condition of our own making, and of which we have lost control. While skyground recalls weather's anthropogenic concerns, it also repositions the viewer's vantage, situating them squarely within the storm conditions, thereby recasting their role from bystander to central protagonist. Whether or not this serves to implicate the viewer in the unfolding events will depend on where they fall.

Within the reciprocal indeterminacy of sky and ground — clouds becoming snow becoming clouds — the storm's impact spins and folds the world in all directions. But this dynamic also creates moments of unsettling stillness. And, at times, the atmospheric respite is more akin to the eerie calm inside the eye of a cyclonic storm. Between these two modes of capture in Laing's images there's a suggestion of being simultaneously inside and outside the immediacy of the event, while at other times squarely facing the cataclysmic power of the land and sky collisions.

Cycling between an estranged locality and aberrant archetype of wilderness, these states of rest and unrest reframe skyground's temporal effects within the wake of a disaster that is still playing out. The glaciers of the Southern Alps/Kā Tiritiri o te Moana are themselves a site of complex ecologies. The glacial mountains are part of the South Island/Te Waipounamu Ngāi Tahu people's ancestral lands and creation stories, where the histories and traditions of their culture are spiritually "embedded" through their deep connection and an ongoing relationship to place.vii Written through the glacier's geological layers is also the deep time of the climate's history and transformation.viii The histories that the glacial mountains hold, however, are also a diminishing geophysical trace of what remains in the continuing aftermath of escalating climate change.ix When relaying the sense of slow-motion disaster that's accelerating exponentially across the site, a glaciologist recently described their scientific mapping and records of the region's glacial change as, in effect, making "archives for the future".x

While storms, such as the one Laing has photographed, bring massive snow cover to the area, it is only a form of temporary camouflage — a recursive mirage of what has been lost. With its shock arrival and disappearance, the weather event itself acts as a sign of the diminishing returns to come. In skyground, Laing recalibrates the actual 'out of time' weather, enhancing its ambiguity by situating its temporal rhythm somewhere between the dilated moment of a snapshot and an archaeologic time-lapse.

This strange, resonant trace effect is further heightened in the series through the near-monotone palette of incremental greys, which predominate. Supplanting the snow's blinding white intensity with a subdued and beguiling radiance, the preternatural light casts the atmosphere with a feeling of something still forming or dissipating. This is particularly the case with skyground #1, #2, and #4. In these works, the slight vantage shifts in each image indicate the repeated effort of trying to find a stable point of view.Here, the intermediary qualities of grey evoke the chromatic equivalence of wavering balance, an aerodynamic state somewhere between suspension and free fall.

There are times when the vapourous surrounds of the atmosphere, with its topsy-turvy terra firma — frozen skies and cloud lakes, cradling mountains of snow-bound terrain — resembles the synthesised landscape data of distant moons and planets, beamed back to earth from spacecrafts. Except, as skyground #3 confirms, what we are looking at in this series are not new frontiers. More recognisable as a terrestrial landscape, skyground #3 offers a relative centre of gravity, a familiar image of ground against which to navigate the force of change across the series. The implication of a common standpoint is further heightened with the images titled where to from here (#1 and #2), their volatility suggesting both a plea for action and an indictment of a shared predicament.

In the Swiss Alps, they put blankets on the glaciers to stop them melting, similar to the comfort given to someone who is injured. It seems counter intuitive to cover something melting with blankets. But the blankets they use are UV reflective, a short-term solution designed to keep the heat out, instead of in.xi

In Aotearoa/New Zealand, the sky continues to throw down its own emergency aid. Blankets of snow might keep covering the area but there is no reversing the damage that has been done. This kind of weather acts more as a type of temporary stop gap; it is a protective measure that has become unsustainable. Much like the out-of-place weather events across the planet (and the subsequent effects), all it can do is keep raising the alarm. And as the works in skyground consider, it may only be a matter of time until conditions stop spinning and a familiar semblance of sky or ground falls away.

ix In a NIWA report released 23 May 2019, new thermal images of the New Zealand glaciers show that over the last41 years, since records began "about 30% of New Zealand glacier coverage has been lost and hundreds of individual glaciers have disappeared altogether." In the report, Dr Andrew Lorrey, climate scientist for NIWA advised that "[t]his year there has been very little accumulation and some glaciers were only just clinging on to the sides of mountains".See: "Media Release: Thermal Images Reveal Heat in New Zealand's glaciers", 23 May 2019, NIWA, 2019. https://www.niwa.co.nz/news/thermal-images-reveal-heat-levels-in-new-zealands-glaciers

Sign up to be among the first to know when new exhibitions by Rosemary Laing or at Tolarno Galleries open.