Hans Hartung (b. 1904, Leipzig, Germany; d. 1989, Antibes, France) was positioned at the forefront of the avant-garde by the 1950s, after years of working alone on his own trajectory, largely unrecognised. Between 1954 and 1955, he was making hundreds of Indian ink drawings which had a strong influence on his painting. He went on to use vinyl paints, which increased the spontaneity of his painting, and worked directly on large format canvases. He scraped lines into paint, using different tools, and developed a method of spraying colour onto canvas. His technique of transferring his works on paper into the medium of oil on canvas would allow him to retain the same feeling of movement characteristic of his drawings. Known for his distinct calligraphic motif, rapid brushstrokes with a transient, fleeting nature, Hartung's lyrical abstraction focused on dynamism created through the use of materials and form, quality of line, brushstroke and colour, revealing the direct connection with the artist.

Having attended the Akademie für Graphische Künste und Kunstgewerbe in Leipzig, in 1925 Hartung enrolled at the Akademie der Künste in Dresden. In 1932, he left Germany for the island of Minorca, but later settled in Paris, after a brief return to Germany in 1935, when he was subjected to police surveillance and interrogation. In Paris, Hartung became acquainted with artists such as Wassily Kandinsky, Piet Mondrian and Joan Miró and formed a close friendship with sculptor, Julio González. Hartung's works were exhibited for the first time in 1931 at a one-man show at Galerie Heinrich Kühn, Dresden. In 1938, he participated in the anti-Nazi exhibition, Twentieth Century German Art, held at the New Burlington Galleries, in London. With the outbreak of war imminent, Hartung registered his opposition to the Nazi regime and joined the French Foreign Legion, bound for North Africa. Following demobilisation in 1940, he returned to France, working as a farm labourer in the Lot region and rarely painting. As the Occupation spread, Hartung sought asylum in Spain, but was imprisoned there for seven months. Following his release, he re-joined the Foreign Legion and, seriously injured in an attack, had his right leg amputated.

Returning to Paris in 1945, Hartung was granted French citizenship. He was awarded the Military Medal, the Croix de Guerre and, in 1952, the Legion of Honour. He began, again, to paint and exhibit his work, having his first solo show in Paris at the Galerie Lydia Conti. Hartung's work was included in the group show, Advancing French Art, organised by the dealer Louis Carré in 1951. The exhibition toured North America and his work was brought to an American audience for the first time. His first museum retrospective was held at the Kunsthalle Basel the following year. Major exhibitions were held in 1954 at the Palais des Beaux-Arts, Brussels, and Kunsthaus Zürich in 1963. In 1960 Hartung won the Gran Premio for painting at the Venice Biennale. He received the Great Cross of the Order of Merit of the Federal Republic of Germany in 1964 and, at the invitation of the Carnegie Institute, made his first trip to the United States. A large-scale retrospective was held at the Musée d'Art moderne, in Paris, in 1969. The Metropolitan Museum of Art, New York, exhibited recent works in 1975. In 1981 the Städtische Kunsthalle, Dusseldorf, and the Staatsgalerie Moderna Kunst, Munich, organised a major retrospective. Hartung became a member of the Académie des Beaux-Arts, Paris, in 1977 and was elevated to the rank of Grand Officer of the Legion of Honour by President François Mitterand in 1989. The Fondation Hartung Bergman was established in 1994. 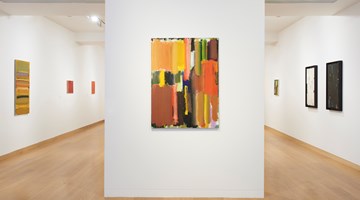 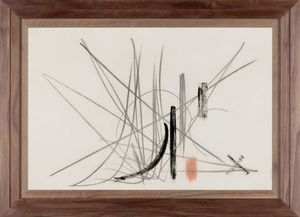 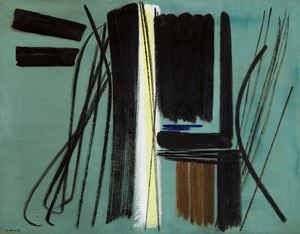 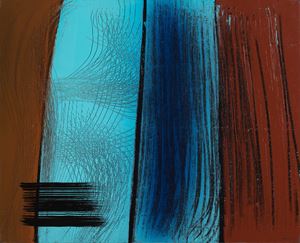 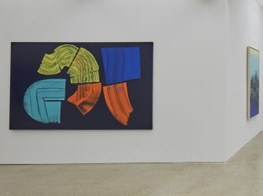 German-French abstract painter Hans Hartung is getting his first major New York exhibition since 1975, when the artist was given a retrospective at The Metropolitan Museum of Art. It was panned by critics, notably The New York Times ' Hilton Kramer who asked: 'Why Hartung?' A selection of the late artist's work is currently on display in... 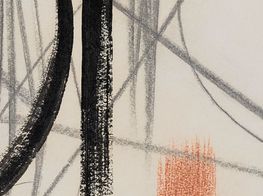