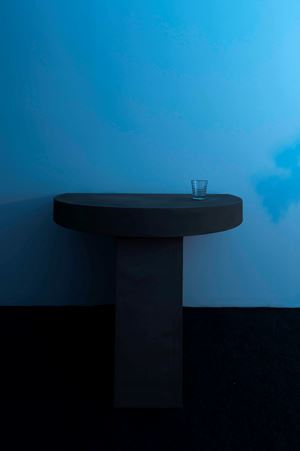 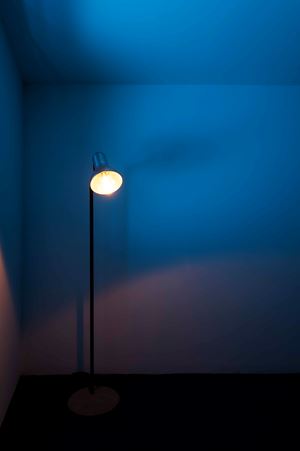 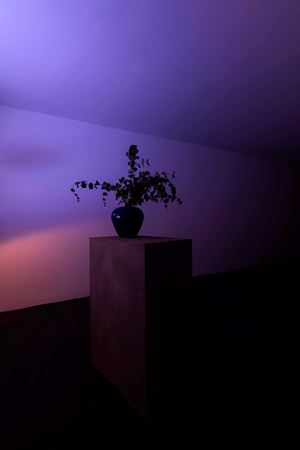 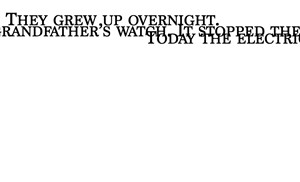 Pedro Gómez-Egaña's practice explores various relationships and tensions between culture and technology. His work researches historical machines, technological mysticism, and the ways in which the networked world moulds our perception. His new exhibition Islands is the latest part of an ongoing research looking at domestic spaces as both intimate and vulnerable.

Through a major architectural intervention, Islands transforms the main gallery space in Istanbul into a series of playful limbos between a domestic space and a white cube. A tunnel-like structure hosts objects that spin so fast that their movement becomes almost imperceptible. A play with windows that connect spaces in the gallery, as well as the gallery with the city outside, points to the blur between real and artificial, private and public. An ordinary dining setting balanced over an inclined floor is broken and sliced by electromagnetic steel spheres. These morphed domestic spaces and objects follow Gómez-Egaña's previous works in playing with the uncanniness of everyday life.

Taking its name from the 17th century English writer John Donne's well-known saying, 'No man is an island', Islands reflects on digital interconnectedness but instead of focusing on digital interfaces, it presents a blur between inside and outside, public and private. It does so by focusing on analogue objects imbued with dynamics that make them ominous and fragile.

Sign up to be among the first to know when new exhibitions by Pedro Gómez-Egaña or at Zilberman Gallery open.