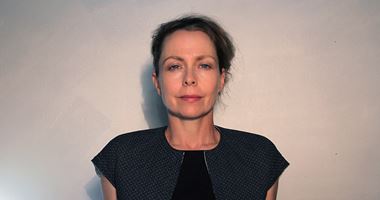 Through her tangled, multilayered films, video installations and theatrical performances, Chicago-based artist Catherine Sullivan combines diverse historical and cultural references to examine both past and current-day concerns such as race relations, class and the global economy.

A trained actor, Sullivan has long been interested in the 'gradual estrangement between visual/performance art and theatre in the 20th century...as a symptom of an inherently troubled relationship between people performing and people watching them perform' (as relayed to Ocula Magazine in 2018). As such, her films and performances are intentionally byzantine and defy linear logic so as to complicate expectations of viewership.

Sullivan's works are often shot or set in discordant or unusual environments. In her 2010 video The Last Days of British Honduras, for example, Sullivan riffs off Ronald Tavel's 1971 play of the same name to explore contemporary North American culture. While Tavel's narrative takes place in Belize, Sullivan's version is set in Chicago and touches on contemporary issues of race, colonialism, the supernatural and rebirth. Indeed, Sullivan often liberally quotes from historical works in order to generate new meaning: in her two-channel video installation 'Tis Pity She's a Fluxus Whore (2003), the artist combined re-enactments of a 1953 production of a play by John Ford with with Joseph Beuys' 1964 performance at the Festival of New Art at the Technical College of Aachen, after which the artist was violently attacked by his spectators. Similarly, the video installation Floes Of Franz Joseph Land saw actors recreate a Russian drama entitled Nord-Ost.

Sullivan is notoriously demanding of her actors, often giving them fragmented directions for their roles and setting them up with seemingly impossible challenges. For example, for her 2005 video The Chittendens, in lieu of a script, Sullivan provided 16 actors (outfitted as both members of the 19th-century leisure class and as 20th-century middle management workers) with a list of 14 attitudes arranged on varying scales of intensity. The results were halting, staccato gestures performed in isolation from one another within the film's derelict office-like set. In a 2018 conversation with Ocula Magazine, Sullivan explained: 'What I don't know is shared with everyone else in the work, and this causes unexpected things to happen... I think I'm interested both in how actors are contagious and can conjure different kinds of space between people, and how acting is a means to see behaviours and habits in historical time.'

As an artist-in-residence at the Walker Art Center, Minneapolis, in 2007, Sullivan created the ambitious multichannel film project Triangle of Need. The film was set in a non-descript apartment in 'an American city' and at the Vizcaya Museum and Gardens in Miami—a site chosen for its mishmash of historical architectural styles and past life as the estate of American industrialist James Deering. The project engaged diverse collaborators including figure skaters, actors and composers (such as Sean Griffin, with whom she frequently works), resulting in a twisted whirlwind tale including time travel, Nigerian e-mail scams and a language called Mousterian, abstracted from theories of Neanderthal speech. In the film, as is consistent throughout the artist's practice, meaning becomes so confused as to disintegrate and collapse.

Returning to an office setting and inspired by conversations with women, Sullivan's film The Startled Faction (a sensitivity training) (2018) Sullivan orchestrated a cacophonic group of actors to perform generic professional training exercises, pointing to constructed expectations around gendered workplace labour.

Sullivan received a BFA in acting from the California Institute of Arts and an MFA in post-studio art from the Art Center College of Design, where she studied under Mike Kelley. She currently teaches at the University of Chicago.

Catherine Sullivan is a Chicago-based artist whose films and installations have been shown only spottily in New York, and we're the poorer for it. The last piece of hers I saw was Triangle of Need (20

When asked about the significance of the lighthouse in To the Lighthouse (1937), Virginia Woolf replied that it represented 'nothing'. 'One has to have a central line down the middle of the book to

Be among the first to know when new artworks and exhibitions by Catherine Sullivan are added to Ocula.
Sign UpLogin