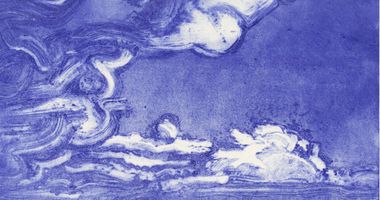 Lim was born in Singapore. Alongside his art career, he has worked as a professional sailor, representing Singapore in the 1996 Summer Olympics and China in the 2007 America's Cup. He studied Fine Art at Central Saint Martins in London and graduated in 2001.

Lim, along with Tien Wei Woon, co-founded the seminal net art collective called tsunamii.net. In 2002, they were commissioned to create a new work for documenta 11 to explore the physicality and infrastructural politics behind the internet. Their works have been included in exhibitions at Media City Seoul, Korea and the Singapore Art Museum.

Lim's short film, All The Lines Flow Out, premiered at the Venice Film Festival in 2011 and won a Special Mention Award. In 2015, Lim was appointed as Singapore's national representative for the 56th Venice Biennale for his work SEA STATE.

Many of Charles Lim Yi Yong's projects have involved an interrogation of infrastructures relating the water to the land. His research has previously explored man-made systems such as reclaimed land, drainage systems, and boats.

Lim's practice emerges from a thorough engagement with the natural environment and its histories, informed by field research and various adaptations through performance, drawing, photography, and video. The artist's work particularly explores how systems of global capitalism have taken claim to and transformed our natural world, in particular bodies of water and its coasts.

SEA STATE (2015) is the culmination of ten years of research, developed between 2005 and 2015. This contemporary art project explores the biophysical, political, and psychic dimensions of Singapore through the lens of the sea. Lim has engaged in an extensive study with regard to Singapore's maritime history, geography, and ecological footprint to examine the relationships between nature and technology.

Presented at the Venice Biennale in 2015, this work was composed of nine parts, including several videos, images, maps, and a barnacle-covered buoy. After its run in Venice, SEA STATE held a homecoming exhibition at the Nanyang Technological University Centre for Contemporary Art (NTU CCA) Singapore in 2016.

At STPI, Charles Lim Yi Yong exposes the invisible nuances and complexities of Singapore's relationship with its shores and territories.

Ocula Magazine presents a selection of must-see exhibitions during the 10 th edition of Singapore Art Week.

Be among the first to know when new artworks and exhibitions by Charles Lim Yi Yong are added to Ocula.
Sign Up Login