LogoutLogin
My OculaSign Up
HomePage Artists
Do Ho Suh
Follow 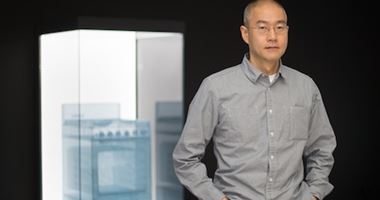 Do-Ho Suh (서도호) is a contemporary artist renowned for his ethereal one-to-one-scale fabric replicas of former residences and domestic settings that have notions of memory, displacement, and home embedded into their permeable and translucent surfaces. Working across drawing, film, and sculpture, Suh investigates the malleability of space through his own history of migration, making visible the minutiae of personal histories, site-specificity, and architectural memory.

Suh was born in Seoul, South Korea, in 1962. The son of respected modern ink painter Suh Se Ok, Suh studied Oriental painting at the Seoul National University before completing his military service in 1993. He migrated to the United States to escape the stifling environment, pursuing further studies at the Rhode Island School of Design and Yale University.

Do-Ho Suh's early paintings experimented with three-dimensional space. 'I was observing the form of scroll painting and screen painting in Asian art,' Suh told Ocula Magazine. 'I was interested in the notion that in addition to being transportable, Asian traditional painting allows for one picture to work as one piece or as several pieces. You can fragment the work.'

This revelation led to the works Floor (1997), and Some/One (2001), presented at the Korean Pavilion during the Venice Biennale. In Floor, thousands of plastic figurines upheld a glass floor that viewers were invited to walk across. Similarly, Some/One cloaked the gallery floor in dog tags, implicating the viewer in its mirrored interior. Both artworks recalled Suh's military service and its dehumanising effects that subjugate the individual in the name of the collective.

Suh's work Rubbing/Loving (2016) memorialised his New York apartment in which he had resided for 18 years. The artist covered the three-storey brownstone in coloured pencil and pastel rubbings, creating a highly personal aggregate of space and touch. In 2019, his 348 West 22nd Street (2011–2015) was gifted to the Los Angeles County Museum of Art.

Suh is currently based in London.

Do Ho Suh Represented By

Do Ho Suh In Ocula Magazine

This show is a chance to create a visual environment that embraces the viewer similar to how Iolas thought of his gallery as a ballet dance where the audience is a dancer and artists decorate the set.

If you look at the radiator or refrigerator or stove — each item becomes its own architectural structure. It creates a small universe within the bigger piece.

South Korea’s most anticipated event of the year, the opening of MMCA Seoul, is a milestone for the national museum and local art scene. The new outpost of South Korea’s singular, national contemporary art museum is situated on a minefield of historic structures, set within a zoning law nightmare, and sandwiched between...

Do Ho Suh In Ocula Advisory

Do Ho Suh In Related Press

The South Korean artist Do Ho Suh, is a perfect complement to ‘Freespace’, the theme of the 2018 Venice Architecture Biennale. His fascination with rendering the built environment appears to suggest b

Read More
Related Press Do Ho Suh in Venice: the lives of others 11 May 2018, Financial Times

'The house we were born in is more than an embodiment of home, it is also an embodiment of dreams.' The French philosopher Gaston Bachelard's tender observation, made in his hymn to architecture, _The

Do Ho Suh In Video & Audio

You are invited into Do Ho Suh's apartment. You put down your bag, remove your coat and step inside. The hallway changes color as you proceed, first pink, then green and then blue. It's narrow, but it

Sign up to be notified when new artworks and exhibitions by Do Ho Suh are added to Ocula.
Sign UpLogin