Le Trieu Dien, with over four decades of experience as an artist, recalls the ups and downs of his life through paintings depicting life in the Mekong Delta. The imageries not only appear as Le's personal narrative of the past, but also serve as a strand of emotions, a force of energy enabling people to achieve direct and intuitive spirituality. The paintings of Le Trieu Dien are enchanting stories, passed from one generation to the next, that inspire universal spiritual experiences within us. Through his paintings, we perceive the flowing of time; we see the past, present and future.

Le Trieu Dien (b.1943, Ben Tre Province, Vietnam) lives and works in Ho Chi Minh City. He studied at the Phu Tho Polytechnic College before being enlisted for the Vietnam War. His work has been featured in exhibitions across Vietnam as well as internationally; he has exhibited in France, Malaysia, Singapore, Japan and China. 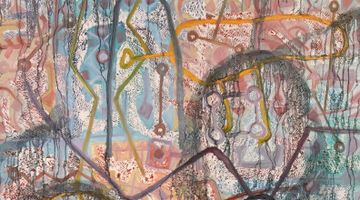 Sign up to be notified when new artworks and exhibitions by Le Trieu Dien are added to Ocula.
Sign UpLogin