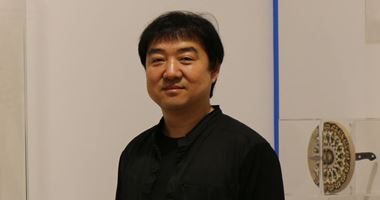 Song Dong was born in 1966, Beijing, China. He attended the Capitol Normal University in Beijing in 1985 and graduated with a Bachelor of Arts in 1989. He had his first solo exhibition at the Culture Palace in Beijing in 1992 called 'Show of Oil Paintings'. He has continued to exhibit in several solo exhibitions in London, Los Angeles, Newcastle, Vancouver, and Sydney, most notably at the Museum of Modern Art in New York. He has emerged from a strong Chinese avant-garde performing arts community and developed into a significant contemporary art figure in the progression of Chinese conceptual art. His work, which is often in collaboration with his wife and fellow Chinese artist, Yin Xiuzhen, ranges from performance and video to photography and sculpture. Song explores notions of impermanence and the transience of human endeavor. He currently lives and works in Beijing.

I think it’s interesting that the history of our lives can be conveyed through objects. My mother would keep all these objects for the future; her future was me, so I created 'Waste Not' for her.

The struggle for self-restraint was evident in both curious adults and impatient children alike, their eyes and appetites appraising towers of neatly stacked chocolate and vanilla wafers, pristine riv

Read More
Related Press 'Where can the dust alight' at Pace, Hong Kong

A group exhibition at Pace Hong Kong borrows its name from a 7th century stanza by the Buddhist monk Hui-neng, which embodies the Buddhist core philosophy of constant reflection, but also the notion of life without meaning, within a few profound words: “There is no Bodhi tree/Nor stand of a mirror bright/Since all is void/Where can the dust...

On July 2, 2016, Time Test International Video Art Research Exhibition was unveiled at CAFA Art Museum. The exhibition is divided into two parts including Moving Time: Video Art at 50, 1965-2015 and Screen Test: Chinese Video Art since the 1980s, aimed at taking the development of video art as the axis, the use of the two parts mutually echo...

Be among the first to know when new artworks and exhibitions by Song Dong are added to Ocula.
Sign UpLogin