The Museum, located on Park Avenue and 70th Street in New York City, is known for its Mr. and Mrs. John D. Rockefeller Collection of masterpiece-quality traditional Asian works.

The collection, universally described as "gemlike," includes objects from cultures across Asia that date from the 11th century BCE to the 19th century CE. 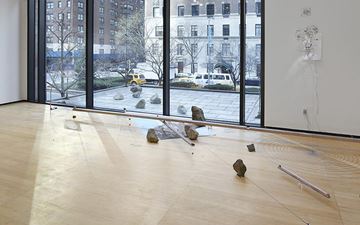