Though the Berlin studio Big Whale focuses on the production and dissemination of artists’ books, it compliments its publication offerings with a range of events including exhibitions, open studios, artist talks, residencies, and screenings. Such events have established the gallery as a dynamic platform for experimental contemporary art production.

Big Whale was co-founded by Marianne Burki & Li Zhenhua in 2015. Both powerful figures of the art world, Marianna Burki was the director and curator of Kunsthaus Langenthal between 1999 and 2005 and is now the head of visual arts for Pro Helvetia—a foundation whose mission is to preserve and promote Swiss culture locally and overseas.

Li Zhenhua is a curator, project facilitator, and artist. Also known as a film producer, Li has served on the juries of festivals world-wide, including the Napoli Film Festival; transmediale, Berlin; and Fantoche, Baden. In addition, he is a nominator for the Sommerakademie Paul Klee at the Bern University of the Arts HKB.

Art and architecture historian Marianne Burki was Head of Visual Arts with the Swiss Arts Council Pro Helvetia until the end of 2019. She was responsible for Pro Helvetia's visual arts funding policy in Switzerland, international exchanges and the Swiss pavilion at the Venice Biennale. Marianne Burki was previously Director of the Kunsthaus Langenthal. In the Paul Klee Stiftung, she was Project Manager for the Catalogue Raisonné Paul Klee until 1994. She is also the scriptwriter and director of the film Marianne Grunder, Bildhauerin. Since 2018, she has been President of the Vereinigung Schweizer Kunsthistorikerinnen und Kunsthistoriker (Swiss association of art historians, VKK).

Now known as the atelier of Li, from April 2019 Big Whale has been housed within MOMENTUM: a non-profit platform for time-based works that was founded in Australia as part of the 17th Biennale of Sydney in 2010 and the following year moved to the Kunstquartier Bethanien art centre in Berlin.

Big Whale and its Programme

Amongst its many events, Big Whale has held a number of group shows onsite as well as further afield. Banana Banana 2 (28 June–1 October 2017) was hosted by DISKURS Berlin and explored the relationship between the ideas of freedom and belief. It featured 21 contemporary artists from around the world, including aaajiao, Holger Endres, Thomas Eller, Xue Feng, and Yuan Gong.

As well as exhibitions of other artists such as Liao Wenfeng, 9mouth, and Feng Chen, Big Whale has hosted several significant practitioners as part of residencies, including Song Kun, Mu Lian, and Wu Xuanhua. The Song of Big Whale is a Pop art-inflected remix of the name of the space, and was created by Songk & Mulian during their residency at Big Whale in 2016. 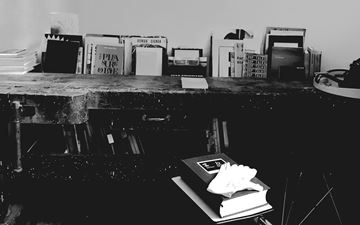 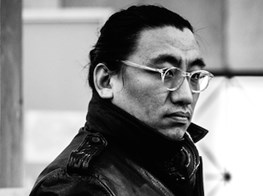 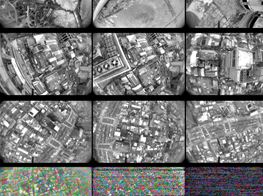 Curator and multi-media artist Li Zhenhua splits his time and practice between China and Zurich. He has curated Art Basel’s Hong Kong Film program for the last three years and in 2006 he founded Laboratory Art Beijing, ‘a platform for sharing and building constructive ideas’. Art Basel 2016 opens at Hong Kong Convention & Exhibition Centre on... 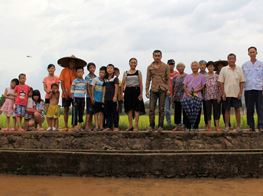 Film enthusiasts can look forward to a thought-provoking lineup of films at this year's Art Basel show in Hong Kong. Curated by Beijing and Zurich based multimedia artist and producer, Li Zhenhua, the Short Film Program looks at Hong Kong over the 20 years since it reverted to Chinese sovereignty and examines how people have made sense of the... 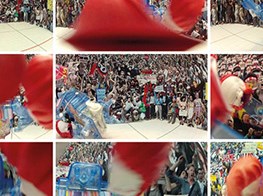 Multimedia artist Li Zhenhua, who has curated the film sector at Art Basel in Hong Kong since it was introduced in 2014, promises a line-up of “incredibly new” and “very beautiful” works this year. Specific details, however, are being kept under wraps. Among the programme’s highlights last year were films by Taiwanese...

Sign up to be notified when new artworks and exhibitions at Big Whale are added to Ocula.