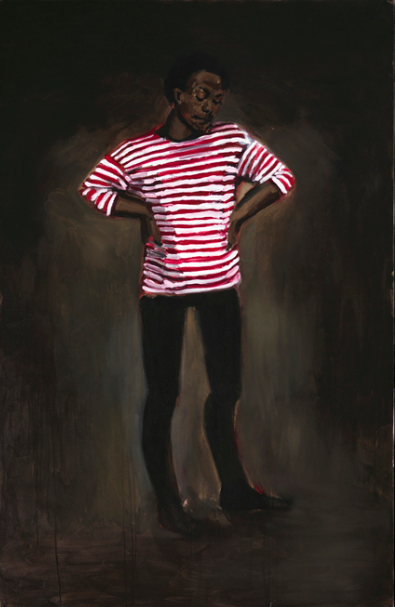 Lynette Yiadom-Boakye's figurative paintings are drawn from her own fictitious set of characters and allude to traditions of European portraiture. The way in which an audience might project meaning on to these figures is a key point of interest for Yiadom-Boakye, addressing the very problem of representation – particularly with regards to black subjects – in figurative painting and public spectatorship at large.  Her technique is equally intriguing - urgent brushstrokes coexist with smooth overtures. Color is its own subject, ranging from careful punctuations against darkness, to broad gestural swathes.  Yiadom-Boakye was a nominee for the Turner Prize. Important solo shows include those at Chisenhale Gallery, London, 2012 and the Studio Museum in Harlem, New York, 2011. Courtesy of the Zagury Collection.

Sign up to be notified when new artworks and exhibitions at Duddell's are added to Ocula.
Sign UpLogin