Kunstmuseum Luzern bases its sense of itself from its acknowledged position, which has grown throughout its history, as a leading institution for the visual arts in Central Switzerland, as well as its location in the internationally respected architecture of Jean Nouvel’s new Culture and Congress Centre (KKL). From these features it derives not only the tasks it faces, but also the quality require for its work and content. In the national museum landscape, Kunstmuseum Luzern has established itself above all with an internationally regarded exhibition programme focusing on contemporary art, comparable to similarly-sized institutions. As a forum for the visual arts, the Kunstmuseum assumes a varied range of tasks. 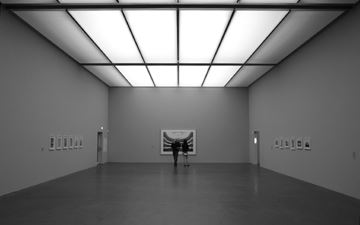 Sign up to be notified when new artworks and exhibitions at Kunstmuseum Luzern are added to Ocula.
Sign Up Login