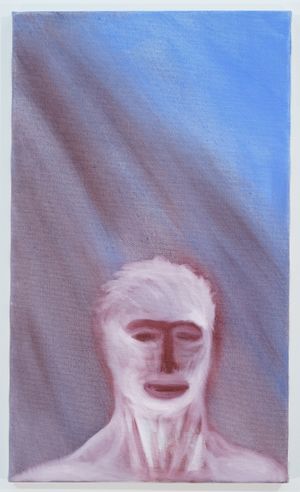 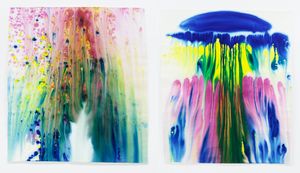 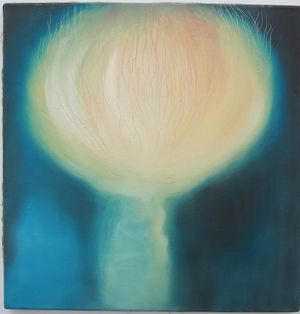 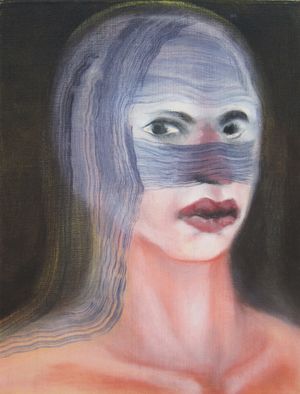 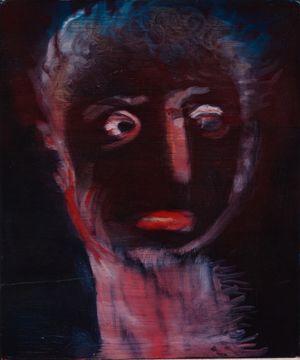 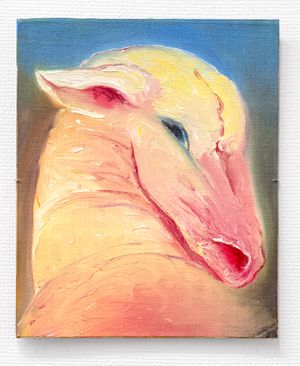 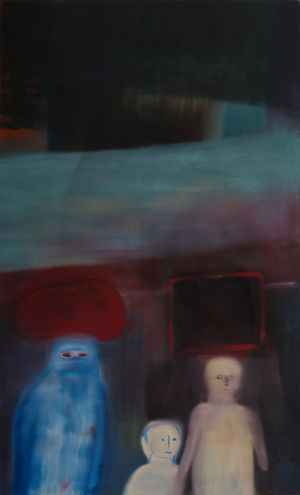 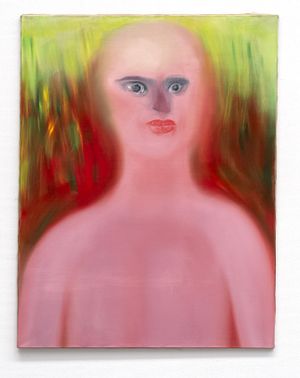 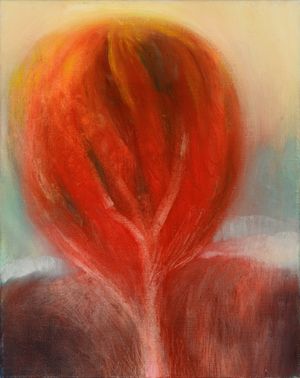 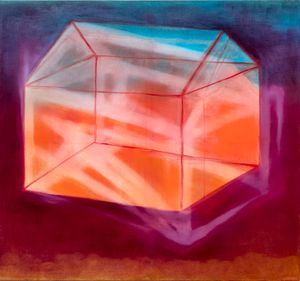 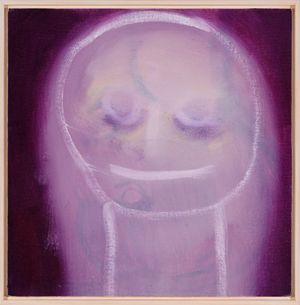 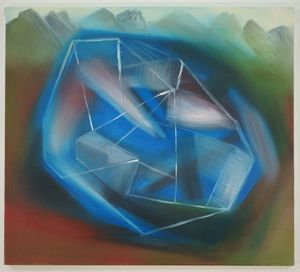 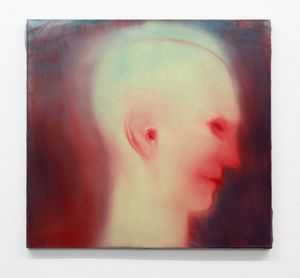 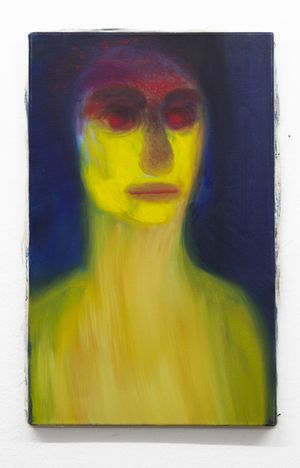 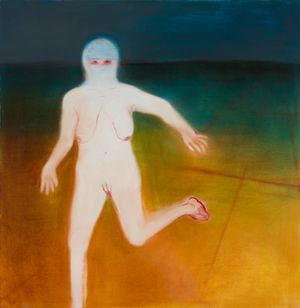 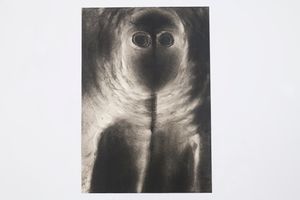 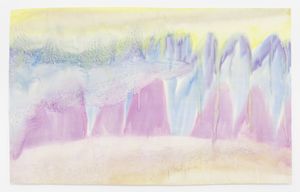 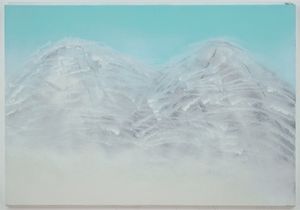 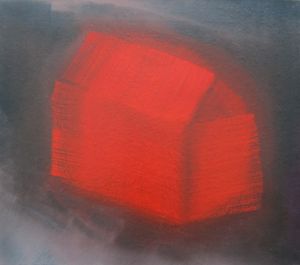 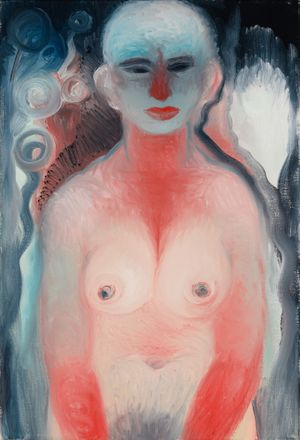 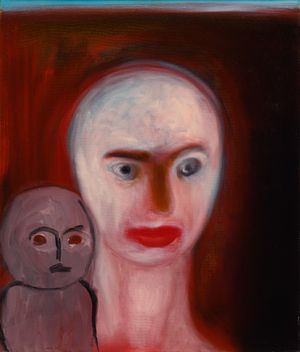 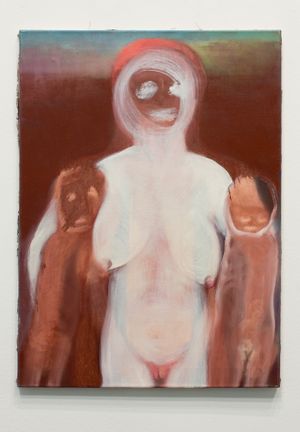 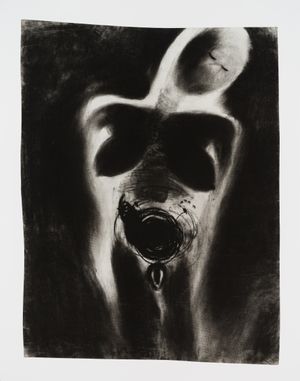 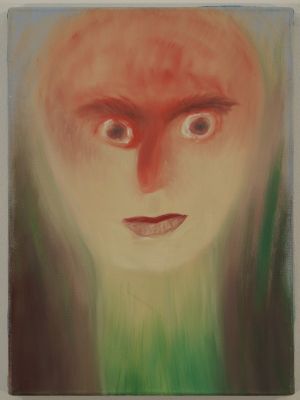 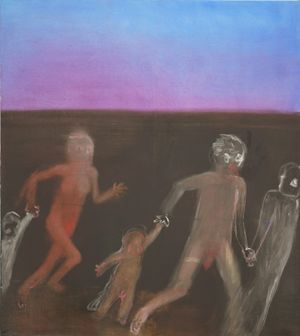 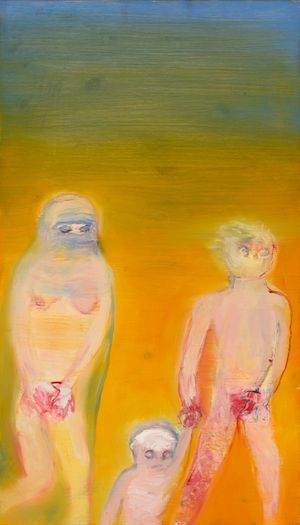 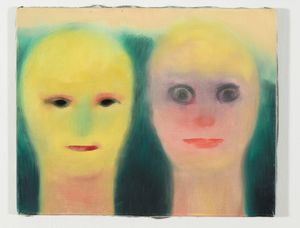 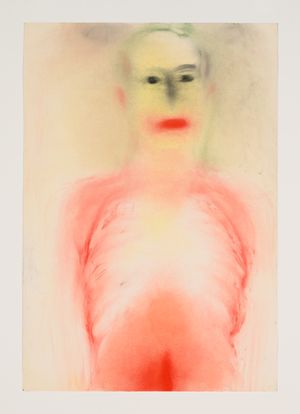 'As a woman, I have to start again and re-invent art-history from the beginning. This is the logic of my work. And to say: my paintings could be my personal renaissance.' - Miriam Cahn

In 1989, Guerrilla Girls produced a poster titled 'Do women have to be naked to get into the Met. Museum?' which protested that less than 5% of the artists in the modern art sections were women, but 85% of the nudes were female. Over the past three decades, thanks to the long-running campaign mounted by the Guerrilla Girls, art galleries and museums have given increasing attention to women artists. In today's society, gender boundaries are blurring in favour of equal rights for men and women, resulting in an abundance of outstanding female artists emerging from around the world. The Winsing Arts Foundation is scheduled to launch four solo exhibitions of women artists this year, highlighting the unique perspectives and artistic expressions of women in contemporary art. The first edition features artist Miriam Cahn, whose visually stimulating paintings examine the relationship between the human body and the world in a pictorial form. In order to provide more series of works in this exhibition, Winsing invited seven collectors to loan their works.

Miriam Cahn, a lifelong fighter for gender equality, was born in 1949 in Basel, Switzerland, to a Jewish immigrant family with a father who was a dealer in art and antiques and a mother who was a music-loving homemaker. Cahn grew up in an artistic family. From her wall murals in the 1970s to her ongoing series of oil paintings, Cahn embarked on an artistic career in 1976 that saw her translate emotion into the language of painting, her aggressive brushwork and intense colours conveying the artist's uncompromising response to the social reality around her. On display in this exhibition are black-and-white paintings from the early stages of creation, the Atomic Bombs series, the House series, the Refugee issue and, most notably, the Body and Portrait series.

The black-and-white paintings are a series of works by Cahn from the late 1970s to the 80s. For her, the choice to paint in black and white was a feminist political act, as opposed to the male-dominated oil paintings of the time. The artist would put a piece of paper on the floor and use her body in various postures to draw on the paper as if she were performing, even blindfolded, allowing her emotions to take over. She grinds charcoal into dust and draws directly with charcoal powder, charcoal sticks and her body, often with traces of fingerprints in the process left on her works. Her early works were dominated by graffiti on street walls, with themes such as warships, fighter planes, ships and houses; her L.I.S / M.G.A series on paper before and after 1985 were mostly about natural scenery, animals, plants, women and men.

In 1985, Cahn began to bring colour into her creations by splashing pigment and water directly onto paper, initiating a series of watercolours on the subject of the atomic bomb: the pigment flowing slowly like drops of water creating a mushroom cloud of abstract candy-coloured atomic bombs. Subsequent to her back injury, however, Cahn was unable to work directly on the floor on a large scale, and after 1990 began to work on a series of colourful oil paintings. The housing series on show is a very important aspect of Cahn's creative theme. Many traces of architectural structures and house images can be seen in her early street graffiti. Her recently developed house series has a similar structure to her earlier works in that it expresses the artist's strong and straightforward emotions in bold brushstrokes and rich colours, and relates to the issue of homeless refugees in addition to representing a feminist sanctuary. The subject of refugees has always been a preoccupation of Cahn's, who often depicts, in dream-like tones, people fleeing, submerged in the sea, dying and naked in an abstract environment, illustrating her rant against the suffering and injustice occurring in society at the time.

Cahn has a long history of involvement in the anti-nuclear and women's movements, including serving as delegate of the Organization for Women's Issues (OFRA) at the Warsaw Peace Conference. Switzerland experienced a long history of gender inequality and was the last Western country to introduce 'universal suffrage for women,' a social environment in which Cahn describes 'anger as the driving force behind her creativity.' Her self-centered, unapologetic visual vocabulary of violence and fear painted with a brush is nowhere more evident than in her best-known series of oil paintings of the human portraits and bodies, which are her true expression of political reality. Cahn's paintings show women or men looking directly into the eyes of the viewer, with their naked bodies, more vibrant skin tones and particularly prominent genitalia, indicating their fertility and sexuality, and she uses her pieces to reveal issues surrounding the relationship between the human body and power. On the other hand, Cahn wishes to write art history from scratch from her own point of view and from her own female perspective, thereby creating a personal renaissance.

Today, Cahn's works are on view in art museums and galleries around the world, including the Centre Pompidou in Paris, the Museo Nacional Centro de Arte Reina Sofía in Spain, the Museum of Modern Art in Warsaw, the Haus der Kunst in Munich and the Sifang Art Museum in Nanjing, among others. Not only did she represent Switzerland at the Venice Biennale in 1984, but her solo exhibition, at the documenta 14 in 2017, have established her reputation as an important figure in contemporary art history.