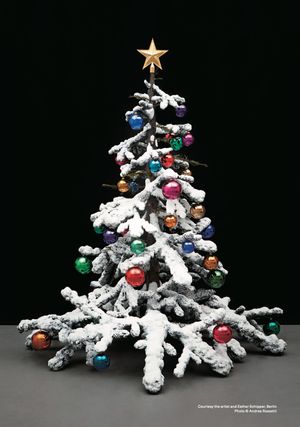 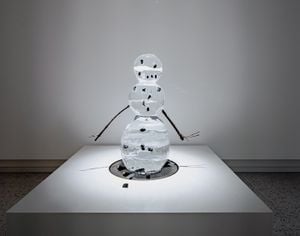 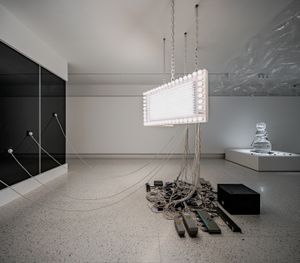 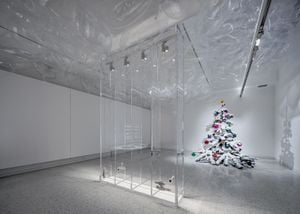 In 1917, French artist Marcel Duchamp included a porcelain urinal purchased from a chain store in his exhibition and began to explore various forms of artistic expression. Fluxus in 1962 stated that life is art, and Joseph Beuys, the representative of the community, believed that everyone is an artist. The artist gives the object a new meaning of existence, challenging the viewer's definition of art. What is art? How do you define contemporary art? Art critic Nicolas Bourriaud in 1998 presented a model of relational aesthetics, pointing out one of the trends in contemporary art; by creating an artwork, the artist establishes a social field that not only conveys social reality but also creates a connection that the viewer shares with the piece, with the artist, with space or with other viewers.

Being one of the pioneers of relational aesthetics, French artist Philippe Parreno prefers to 'curate exhibitions rather than focus on single objects,' and he is interested in the exchange of dialogues, ideas, objects, images, situations, and the collectivity of human existence. As a result, Parreno constructs the exhibition as a scripted space through film, performance, light and sound in different ways, creating bizarre scenes and alternative realities. Like an independent organism, his exhibition explores the boundaries of time and space, the possibilities of existence, and gives the viewer the opportunity to dialogue with oneself, or with space.

In 2013, the Palais de Tokyo invited Parreno to dedicate 22,000 square meters of the venue to a solo exhibition, and he said that 'The exhibition I envision is a carefully choreographed space that, like an automaton, is constantly producing fleeting moments and melodies ... a dance in the mind.' His dramatic arrangement of immersive exhibitions guided and manipulated the visitor's path and experience, transforming the Palais de Tokyo into a self-contained organism that was constantly developing different storylines.

The Winsing Arts Foundation organises this exhibition featuring Parreno's representative pieces, with the entrance to the venue showcasing a Marquee, which was inspired by the luminous signs which hung over the entrances to American movie theaters in the 1950s. He alludes to the presence of a film or theater as an indicator into a play, subtly navigating the way to the portal of another time and space, with the flashes and snippets of sound. The large Christmas tree sculpture in the exhibition venue is titled Fraught Times: For Eleven Months of the Year it's an Artwork and in December it's Christmas (March) where the Christmas tree is a time marker, a decorative object, but if the Christmas tree appears in a different month, the problem of misplaced time frames arises. Another piece that strays from the timeline of reality is Iceman in Reality Park in which an ice sculpture of a snowman will slowly melt over time, after which the booth still retains the echo of dripping water, revealing the forward and reverse timeline. Between the Christmas tree and the Iceman, a transparent 'Wall for The Bride' is erected, an homage by Parreno to Marcel Duchamp. The spatial presence of the wall—whether or not it is a wall, whether or not it is a work of art—depends on the correlation between the contexts in which it is displayed. The reflections and dialogues in the exhibition are eventually transformed into a comic book form of 'Speech Bubbles,' which allows thoughts to float in the air and imagination to materialise at the venue. In the context of this exhibition, the Winsing Arts Foundation hopes that the viewer will explore existential pluralism and feel the chain of stories that unfolds like a musical score by following time and space.

Related Press Wish I can go abroad to 'Winsing Art Place' to appreciate the Christmas installation art and savour the moment when time and beauty are intertwined 14 December 2020, Vogue

Sign up to be among the first to know when new exhibitions by Philippe Parreno or at Winsing Art Place open.
Sign UpLogin