Adrian Wong is an artist, born and raised in suburban Chicago, who left to pursue undergraduate studies in the San Francisco Bay Area. Wong completed his first Masters degree in developmental psychology, splitting his time between the Bay Area and Armenia, where he was studying the development of metacognitive awareness in residents of the orphanage system. Throughout his research, Wong used art as a means of establishing a rapport with subjects fuelled by his limited ability to converse in Armenian. “But at some point, — Wong notes, “I shifted my focus to my art practice and completed an MFA in sculpture in 2005.” Soon after that, he wound up serendipitously in Hong Kong on what was initially planned to be an extended vacation. In Wong’s words, “A three month trip became six months, six months became a year, and I’ve been here ever since.” 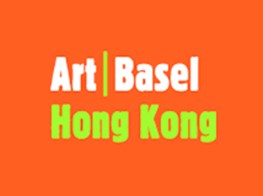 You live between Hong Kong and Los Angeles, where you also teach sculpture and theory at UCLA. Does this living ‘between’ affect your approach to your own practice both formally and conceptually? What sort of theory do you teach your students?

Being constantly in transit allows me to see both places with fresh eyes. Conceptually, this has been incredibly useful, and has helped me to develop several research based projects from, Orange Peel, Harbor Seal, Hyperreal, which focused on the architecture of Chinese diasporal communities in California, to my current project, Wun Dun which draws inspiration from “soy sauce Western” restaurants and cafés in the Pearl River Delta. Formally, it’s been somewhat difficult, simply due to the logistics of international freighting. It’s led me to rely on on-site fabrication and modular modes of construction to allow for easier shipping and install.

I teach a range of topics in my classes. Most recently we’ve been working through a great deal of material reassessing social practices and dialogical/relational aesthetics. I also like to integrate a fair amount of material from outside of the field of art, from social psychology to comparative literature to experimental cookbooks.

Your work is often irreverent – exploring the cultural dynamics of Hong Kong. Exhibitions such as A Fear is This (Fountain - Tuhng Ngoh Dei Wan) at 1a Space, exploring the ‘vivid’ anxieties of Hong Kongers; superstition, public health, the mainland threat. But you mediate these fears (or horrors) with humour at all times so as to temper and perhaps mediate the irrational aspects of urban life and the impact 21st century city living has on cultural identity. Why is this sense of play so important to you?

Play has always been important to my way of making, because it allows me to maintain a healthy dose of uncertainty in my practice. I find that when playing, I can surprise myself, while planning often leads to a different kind of decision-making. It’s the difference between digging for treasure and searching for Easter eggs. It’s my constant hope that viewers of my work can engage with the materials and ideas in an analogous way.

You are doing a project for Art Basel Hong Kong in May 2013 – the Absolut Art Bar, which has sponsored such artists as Los Carpinteros, who produced the Guïro at Art Basel Miami Beach in 2012, and Jeremy Shaw, who produced the Kirlian Bar at Art Basel 43 in 2012. Your bar will be staged in the basement of the Fringe Club from the 22nd to 25th May, during the inaugural edition of Art Basel Hong Kong. Can you describe the idea behind this project and what intentions you have for it as (quoting from the statement on the piece) a performative and participatory piece drawing inspiration from Hong Kong’s history?

The term Wun Dun comes from Taoist cosmology, and refers to the nebulous state of the primordial universe before the celestial and terrestrial realms were demarcated. Depending on which text / translation is used, it is referenced both objectively—as a "cosmic gourd"—and subjectively—as a deity who "looks like a yellow sack" with "six legs and no eyes," partial to singing and dancing.    As the previous two bars were designed with in-built references to critical theory, I found it particularly interesting that the Eastern concept of Wun Dun nicely parallels a range of Western analogues: George Bataille's writings on the informe: "All of philosophy has no other goal [than to give the universe shape]...affirming that the universe resembles nothing and is only formless amounts to saying that the universe is something like a spider or spit;" Jacques Lacan's Object Petit A, an object of desire which facilitates our participation in the symbolic order—the most significant being the phantasy of a coherent mirror-self; Julia Kristeva's description of the processes of abjection as caused by the primal repression of "the archaism of pre-objectal relationship...the immemorial violence with which a body becomes separated from another body in order to be;" among others.

For the bar, my aim is to create a fantastical space, infused with the “feeling” of Hong Kong’s history, untethered from its “real” history. A city with a notorious poor record of historical preservation, modern Hong Kong is as close to a city built on a “feeling” as any other that I’ve ever visited. It is populated with simulated historical facades and materials, reproductions, and reproductions of reproductions. Essentially, I want to concentrate this “feeling” into the venue, which will be populated with iconic architectures, performers, animatronic lounge musicians, exotic sea creatures, and the smells—both metaphorical and physical—of my adopted home.

What cocktails have you designed and what performances can we look forward to?

I’ve designed four cocktails in collaboration with Andres Basile-Leon, each drawing from the flavor profiles of southern Chinese cuisine. For one of them, we worked very hard to infuse the flavor of roast duck into Absolut vodka to create an elixir that is closer to an old, complex whiskey than a traditional vodka cocktail. In another, we incorporated a rare monkey-picked oolong, which is married with egg white. It should be a very exciting and unusual menu.

Each of the nights that the bar will be open, we’ll have a series of live performances by operatic lounge singers, accompanied by six-limbed animatronic musicians from 6:00 PM to 11:00 PM. Then from 11:00 PM to 2:00 AM, several invited musical guests will be performing, including electronic music pioneer Christiaan Virant and sound artist Alok Leung.

In terms of audience, the Absolut Art Bureau, which organises the Absolut Art Bar series has stated an interest in producing bars so as to create a space solely for the artists – how would you respond to this relationship between artists and alcohol…or artists and Absolut?

I like to think of Wun Dun as an art installation that happens to serve alcohol, rather than a bar that happens to have art in it. And I believe that my sentiment is in synch with the way that the Absolut Art Bureau has managed the project. The entire team has been incredibly generous and supportive of my ideas from the get-go, and set out very few restrictions on what I could realise for my version of the Art Bar. (My original idea was to take over a section of the Hong Kong Zoo and Botanical Gardens, possibly even encroaching on a section of the orangutan habitat. This was only set aside after every possible effort to secure the venue was made.)

I guess I see the intent of the Absolut Art Bar series as an initiative to produce “installations” more so than “bars,” and as a sculptor I find this incredibly exciting. It marks a shift from a historical focus on two-dimensional works to more immersive modes of making.

Aside from Art Basel Hong Kong (and the Fringe Club’s basement), what else would you recommend for visitors to the city during the art fair? What is it that makes Hong Kong, well, ‘Hong Kong’?

I’d strongly recommend taking an afternoon to get away from the island, to explore the incredible diversity of the rest of Hong Kong. Over the past few years, I’ve led a number of excursions to the outer reaches of the city—hikes with wild macaques on Monkey Mountain in the New Territories, dining at the Sai Kung Public Pier, squid fishing off the coast of Lantau, night-swimming on Lamma.

If you were to introduce Hong Kong to visitors in five words, what would they be?

Adrian Wong was in conversation with Stephanie Bailey