Under the artistic directorship of Kazakhstan-born Christina Steinbrecher-Pfandt, key distinguishing features of the event have developed: the first, to provide audiences with international cross-overs between Eastern and Western art, and the second, to position the fair with a fixed date in September ahead of major fairs such as Frieze (London), FIAC (Paris), and Artissima (Turin). 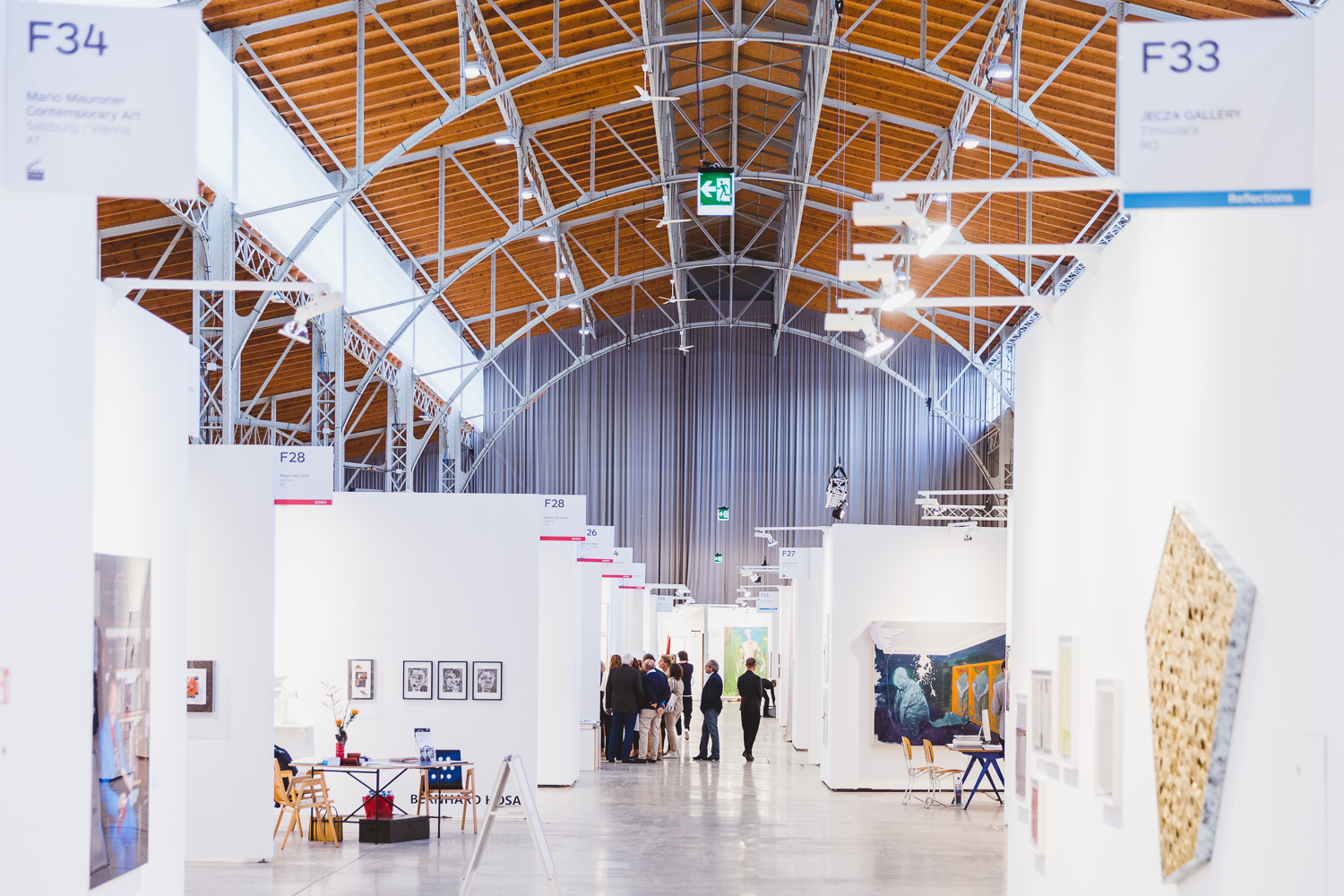 Steinbrecher-Pfandt cut her teeth when she was appointed artistic director of Art Moscow in 2009 and worked as part of the 3rd Moscow Biennale in the same year. Contributing to the artistic direction of—the now defunct—VIENNAFAIR The New Contemporary in 2012, Steinbrecher-Pfandt has worked on the fair in various incarnations, moulding it into the platform it is today.

Growing from its debut last year, viennacontemporary 2016 presented an increase in exhibitors, with a total of 112 of which almost three-quarters came from abroad, and 24 of them originated from Central Eastern European countries. The fair was anchored to its Austrian roots however, with 35 participants included from its home country, and a further 25 counterparts from German speaking nations.

This unique confluence of lesser-known artistic positions from the Eastern Bloc and its distinctive avant-garde aesthetic presented art fair patrons with an abundance of dynamic museum quality artworks and smart curatorial selections. The particular geographical focus speaks to Vienna’s Austro-Hungarian heritage and Central European lineages, which are visible today in every corner of the city. 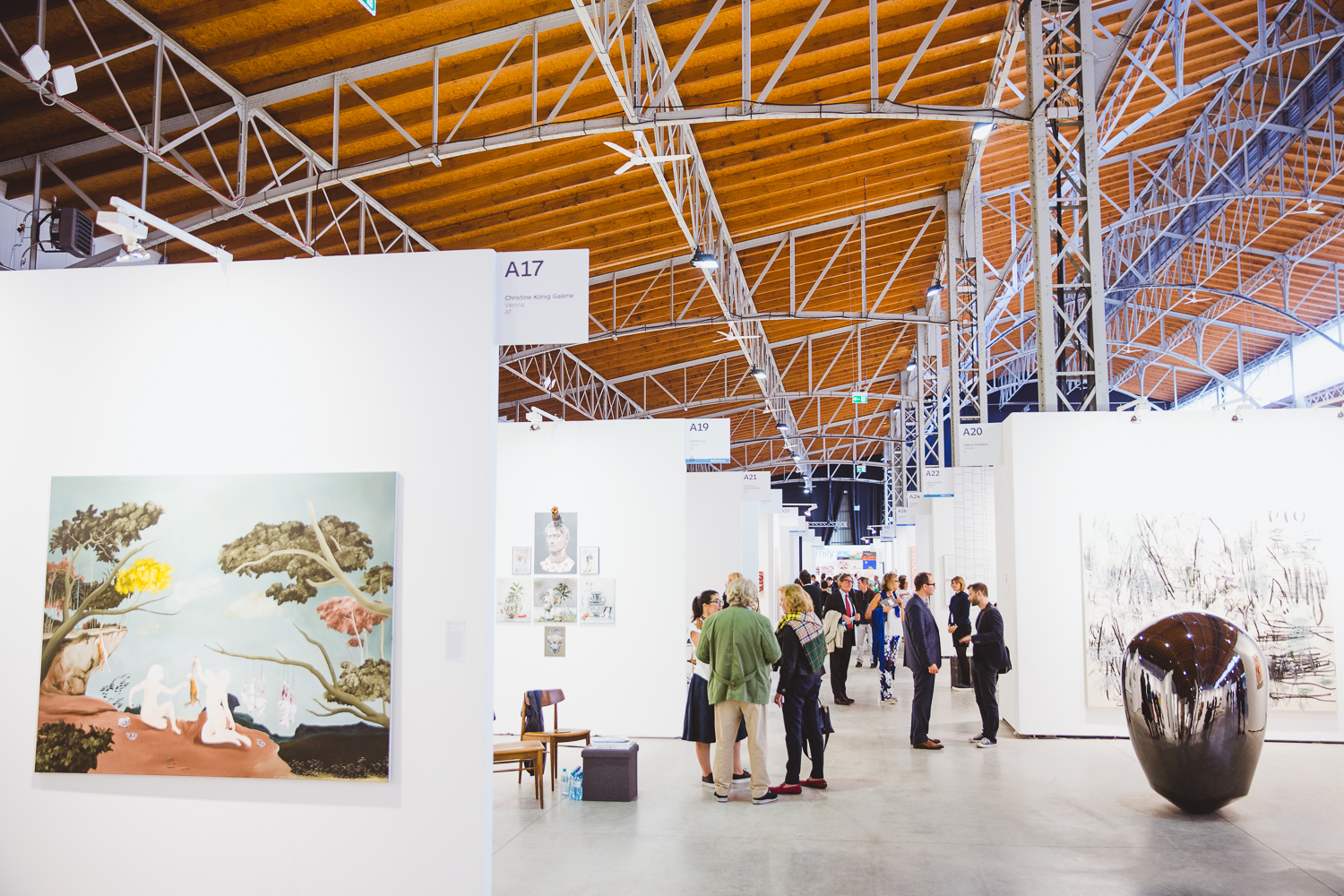 Such diversity and unique selling proposition in presenting the highest number of Central and Eastern European galleries in a fair was a clear goal for the fair as Steinbrecher-Pfandt explains, ‘We worked very hard and since setting up viennacontemporary last year we shed the regional aspect. With a growing number of international galleries coming to Vienna every year and a spectacular increase (over 50% compared to 2015) of international collectors coming to the fair, we are taking the next step in conquering the European and international. Our goal is to become ‘the’ first fair that the international art community visits in the European Autumn season, before going to London and Paris.'

There was a serene ambience within the spectacular surrounds of the Marx Halle venue located in the Neu Marx area in Vienna’s 3rd district. Entering the fair via a long red-carpeted corridor, the open character of the 19th century building with its sweeping 17-metre-high wrought iron structure was immediately welcoming and exuded an intimacy. There was an upbeat, positivity in the air with most gallerists clearly pleased with the recent improvements to the fair, specifically with regard to its defined focus and engagement with international collectors and arts institutions.

The artistic director was also keen to point out how the fair has built on key networks: ‘as a fair we also work hard to offer the most complete contemporary Vienna experience to our guests, not only through an elaborate VIP Program with over 50 events catering to the needs of the local and international collectors and art professionals, but also through our super-sized collateral program. We aim to bring contemporary art to all age groups and get the general public interested.’

The art month of September in Vienna, according to Steinbrecher-Pfandt is ‘like a huge art marathon for all VIPs and art-lovers alike’. She believes that working alongside the Viennese art scene, ‘is key to the fair and its further development’. Parallel events include the offsite gallery program curated by_vienna, with specifically curated shows in 19 of Vienna’s leading galleries, and also Parallel Vienna, an exhibition presenting more experimental content in the Alte Post building in Vienna’s historic city centre, in addition to a selection of significant institutional exhibitions. 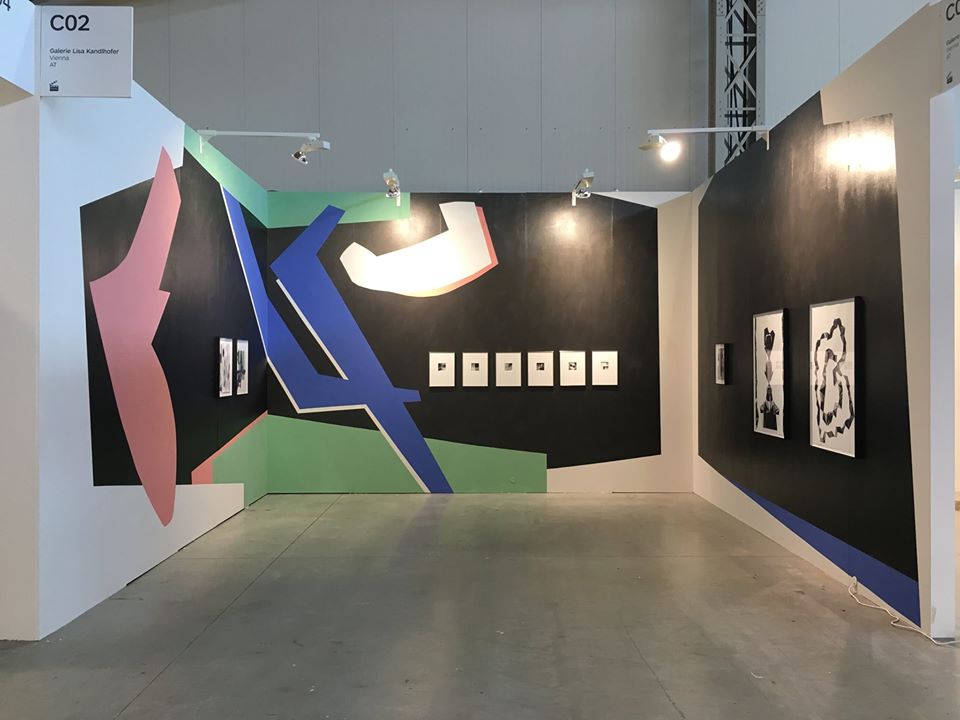 Aiming to grow together, the fair supported emerging galleries with prizes for best booth design. The ‘Gallery Prize of the Vienna Chamber of Commerce 2016’ was divided into two categories, awarded each for 5,000 Euros: the ‘Austrian Gallery Prize’ and the ‘International Gallery Prize’. The Vienna-based Galerie Lisa Kandlhofer took out the aforementioned prize for its impressive solo presentation by the German artist Frauke Dannert that included a suite of collages with an architectural bent whose forms were referenced in an immersive wall painting. Positioned in close proximity, the latter prize was awarded to London’s Fold Gallery which presented a selection of sculptural interventions. With a strong sense of materiality, the booth drew on mixed media ranging from fabric to construction materials by UK artists Simon Callery and Finbar Ward, Danish artist Ellen Hyllemose, and German artist Michaela Zimmer. 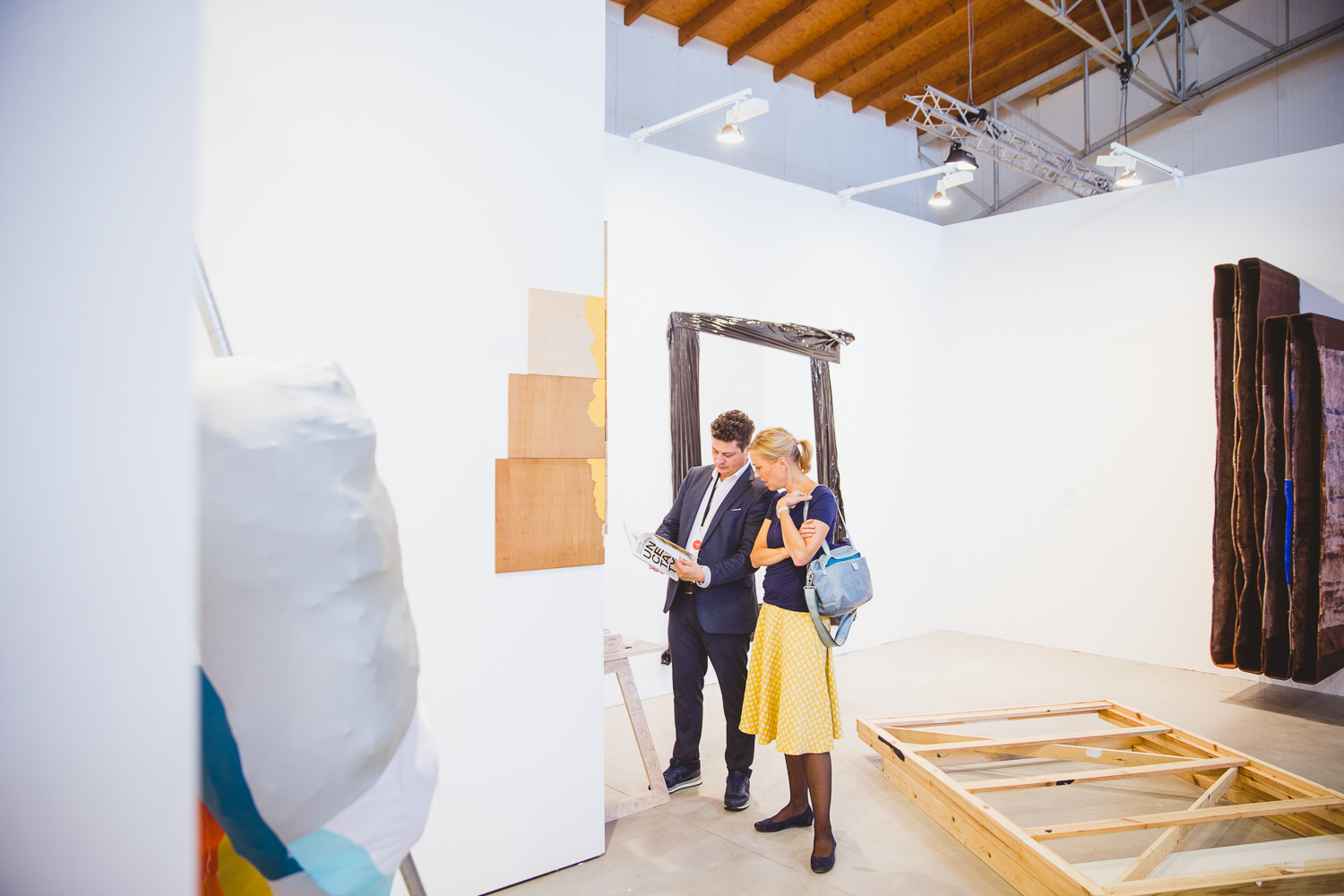 There was a common theme of geometric imagery and collages throughout the fair. Budapest’s Ani Molnár Gallery, included in the Reflections section, presented an artist trio with a selection of works by Emese Benczúr, Ottó Vincze and Ekaterina Shapiro-Obermair. Vienna-based Shapiro-Obermair’s patterned gouache on wood works were a particular highlight. Fellow Hungarian booth INDA Gallery presented an equally captivating display with the work of Hungarian artist Ágnes Eperjesi and her mesmerising photograms on barit paperwork entitled Prism Rolled Systematically (1988-2015). 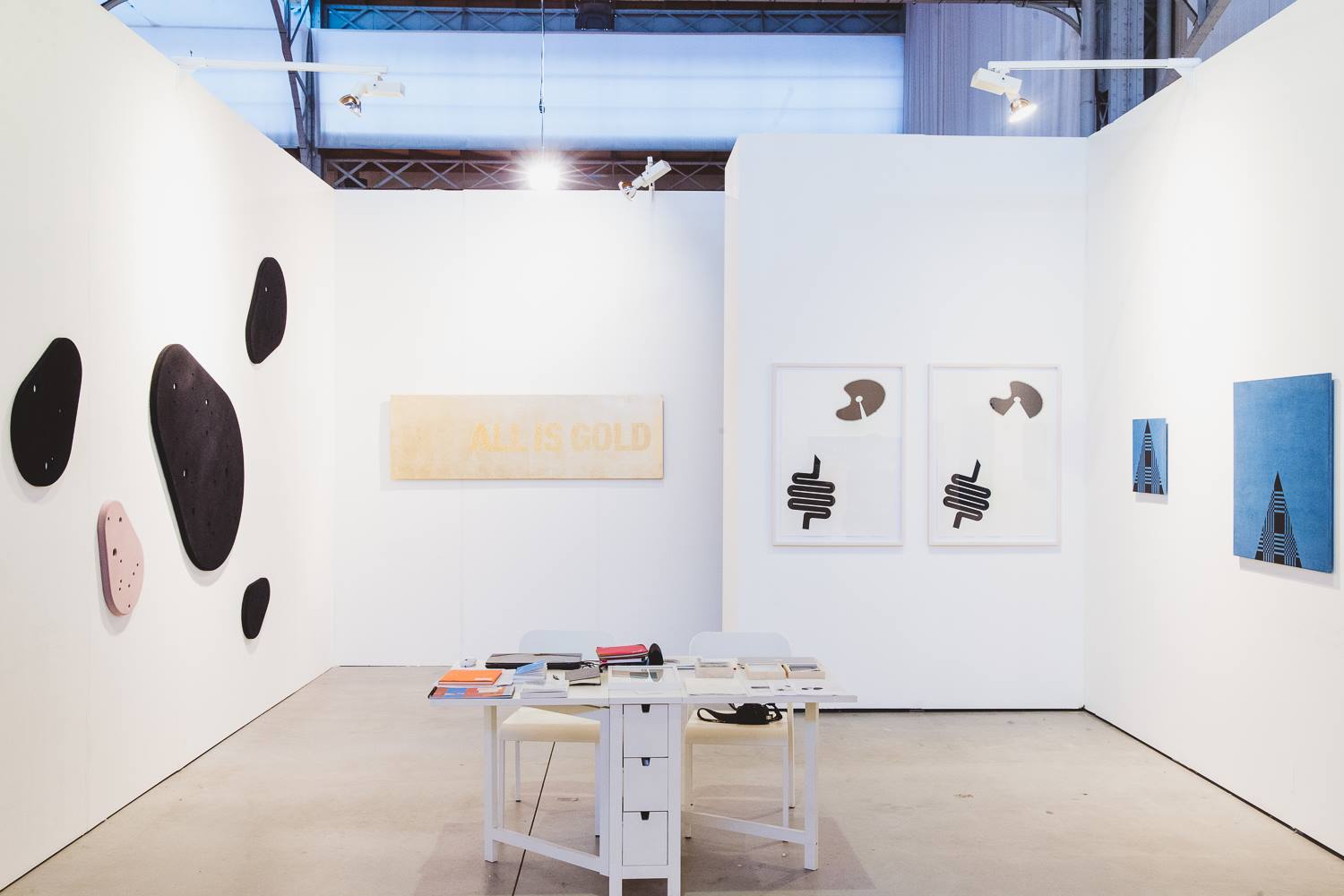 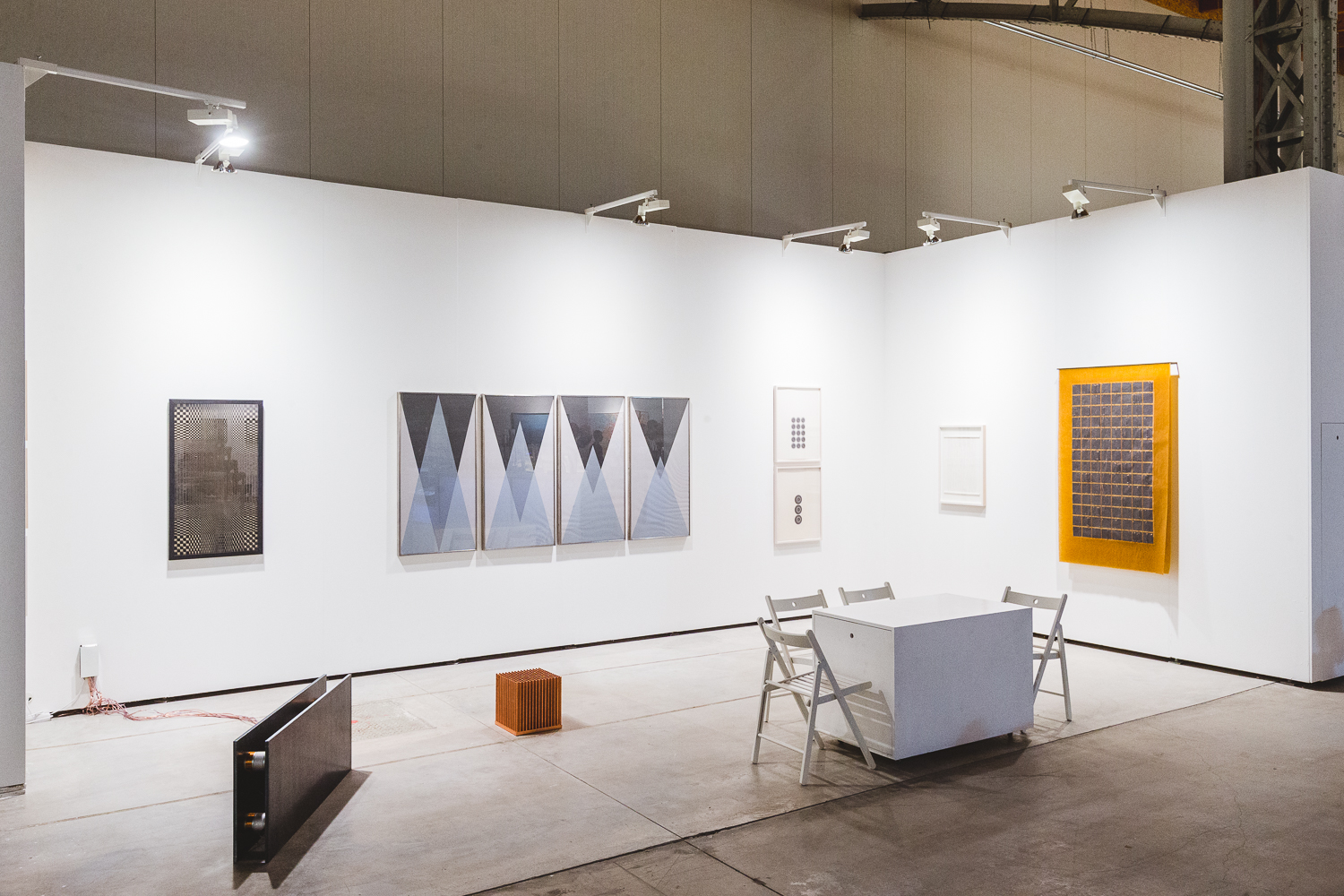 Carrying on this visual theme, Marlena Kudlicka’s display of fine powder coated sculptures at ŻAK | BRANICKA’s booth as part of the Solo Expanded section, also followed the tradition of constructivist art, engaging in a conversation about the mechanics of language. Also of note, in the Young sector were Chimera-Project Gallery’s mixed media display of digitalised prints and unttld contemporary’s on the pulse group presentation. 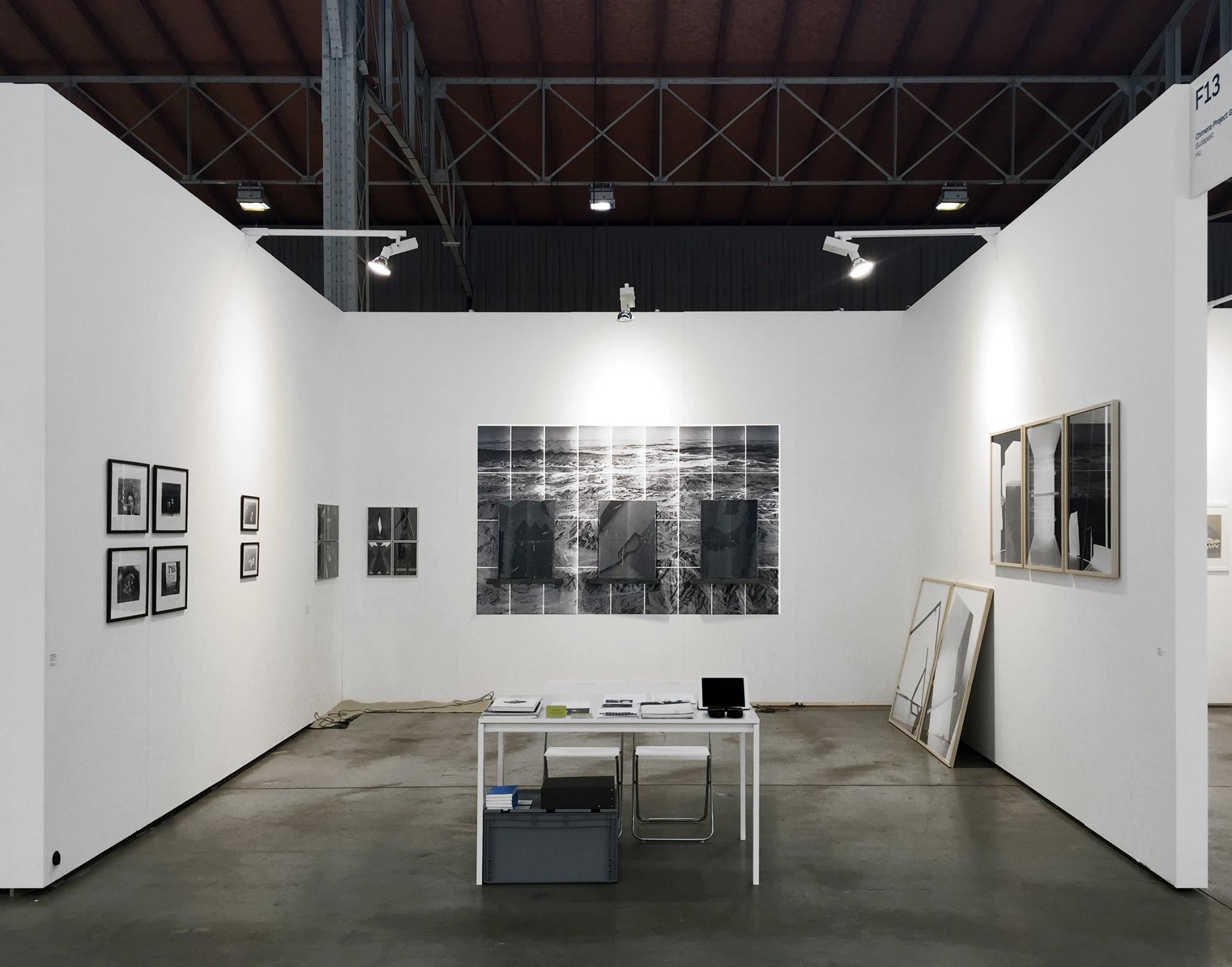 The Asian contingent of exhibitors was small but strong with the likes of Boers-Li Gallery Beijing, PIFO Gallery, Beijing, Gallery H.A.N, Seoul, and Liang Gallery, Taipei, attracting interest and adding to the global feel of the fair. If the viennacontemporary’s evolution in just two years is anything to go by, the fair promises to be a must-visit fair on anyone’s art calendar in 2017. —[O]