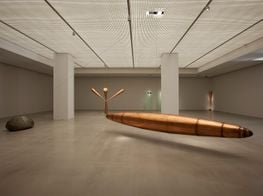 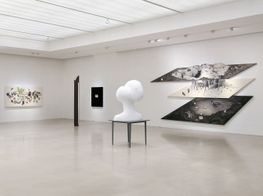 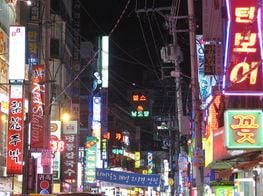 In Cheonan, South Korea, an exhibition confronts what it means to reach the culturally symbolic age of 40, when people are supposed to have achieved fortitude according to the Confucian Analects. 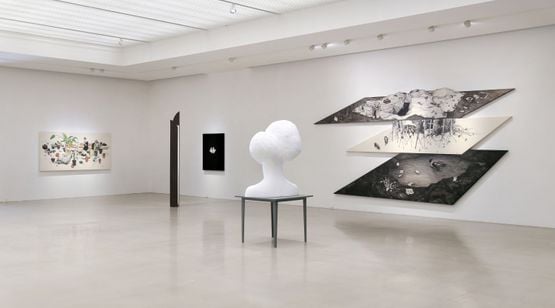 The exhibition's title derives from Jang Jongwan's eponymous painting on animal skin from 2015, rendered in his characteristically bright, luminous colours and meticulous brushstrokes that compose environments reminiscent of fairytale illustrations.

In the painting, a donkey tentatively approaches a bunch of carrots lying on green grass. Given the painting is inanimate, there is a sense that it will never achieve its goal of eating them.

That sense of paralysis is in part personal. Jang created 13 tally marks in the sky to represent the times he perceived a failure on his part as an artist in making the work, which extends to the donkey caught in an impossible pursuit.

That feeling of impossibility resonates with anyone who is navigating a world of increasing uncertainty, no less in South Korea. 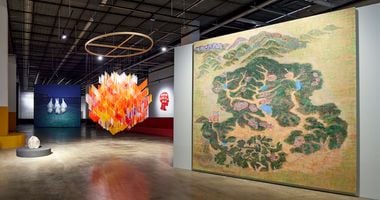 The artists in this show were born in the lead-up to, or aftermath of, the pro-democracy Gwangju Uprising of 1980, led by university students and civilians against military rule: a significant moment in South Korea's transition to democracy. What followed was a period of prosperity, as the country experienced unprecedented economic growth, growing internationalism, and the eventual loosening of censorship by the state.

Precursors of K-Pop began with the debut of Taiji Boys in 1992, and the first-generation idols—H.O.T., Sechs Kies, S.E.S., Fin.K.L.—that soon followed. Then in 1998, South Korea officially opened its cultural borders to Japan, more than half a century after Korea's liberation from colonial Japanese rule. 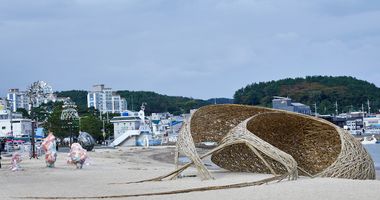 The explosion of popular subcultures from that time defines Don Sunpil's Kitsutaiten A (2019), whose title refers to 'a store in which shapes can be savoured'. Glass vitrines are filled with figurines from Japanese manga and anime as well as American cartoons and games, which the artist has collected since his youth. Among them is Deathpion, a plastic model of a biomechanical creature created by Japanese franchise Zoids, and SAFS Snowman by Gundam, renowned for its mechanical models.

While most models in the installation appear to be in their original condition, some have been modified by the artist. In the case of an Ayanami Rei figurine, an immensely popular character from the 1995 anime Evangelion, a series of blobs mutate and multiply from where her face should be.

A sense of nostalgia is attached to these figurines, often considered collectors' items and in some cases purchased with no intention of opening their packaging. They feel like portals to a time before the IMF Crisis of December 1997 and the Great Recession in 2008, when Don and his contemporaries were coming of age.

Today, the economic stability once expected to come with middle age in South Korea is no longer the case, and the anxieties of the present feed a bleak projection in Noh Sangho's There's a Town Where All the People Have Had to Keep Their Eyes Closed Since They Were Born (2014).

Six large-scale paintings suspended from the ceiling portray a densely populated narrative—rendered in a flat, figurative style with drips of paint that dried vertically over the canvas—that tells the story of a village whose residents are cursed from birth to live with their eyes closed or become petrified.

One day, the villagers discover that wearing black spectacles enables them to keep their eyes open and fight back against the witch who cursed them. When liberated, they decide to wear the spectacles for the rest of their lives, even in a barren and desolate world.

That contradictory sense of surrender and resolve comes through, also, in Jwa Haesun's charcoal drawing series 'The Most Ordinary Stories' (2017–2018). Whether waiting for the pedestrian lights to change, riding a taxi, or standing outside a Starbucks, figures appear unapproachable—always gazing into the distance rather than at one another or even the viewer.

While the medium of charcoal heightens the sense of isolation in each scene, this dark materiality makes the light in these captures of lonely days more palpable. As if to highlight the fact that an ordinary life—lacking great achievements but also great misfortunes—is actually difficult to obtain.

In contrast, Baek Heaven's The Agency (2011) sees the world as a habitable place where strangers can build trust and transparent relationships with one another. The 16-minute video derives from Baek's five-month stint as a private investigator.

Narrating the footage of Baek's day to day life at the agency, including playing guitar outside the storefront to attract clients and conversing with clients across a desk, is a conversation between Baek and one of Baek's clients.

The dialogue, with its brief insights into Baek's relationship with her clients, underscores that any ties which transpired between them are available only to the time and space they shared together. A fact that is demonstrated by the footage of a meal with the artist's clients that closes out the work. —[O]

Selected Artworks from 'The 13th Hesitation' Exhibition at Arario Gallery 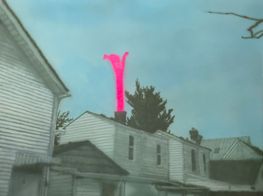 NOH Sangho (b.1986) is a natural born storyteller, sincere practitioner and bold experimenter. Browsing the Internet and social media daily, the artist diligently collects myriad images of the day to day. NOH reconstructs the fragments selected from 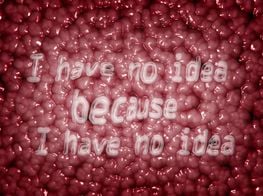 Park Young-deok, better known as Insane Park, is a Korean contemporary artist. While unlimited by media, his works share a common thread in deconstructing and reassembling found images and footage to create provocative and subversive artworks that 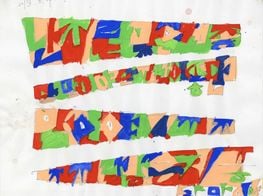 Baek Kyungho treats canvas as a space for experimenting with his own thinking. He has been constantly studying the ways in which they appear in space, with various attempts at the essence of painting. The artist shows superimposed images in 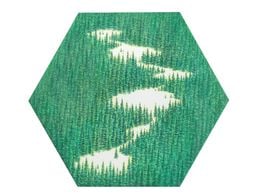 JANG Jongwan (b. 1980), in his own cynical yet heart-warming visual language, recreates andpokes at such characteristics of our contemporary society. The artistutilizes rather kitschy, thrown-away, or forgotten animal leathers ashis canvas