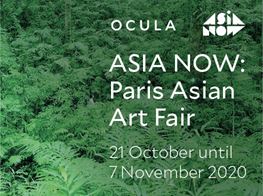 Since 1995, Bharti Kher has been using the bindi as a primary material to cover objects including mirrors, painting boards, and maps. Her bindis on maps present an alternative to the cartographic conventions inherited from a 16th century Eurocentric worldview, creating 'a world constituted of many worlds', as Stephanie Bailey observed in an Ocula Insight in 2020.

In Points of departure XI (2018), for example, bindis of various sizes and colours pan out across the map in concentric rings. Framed 'Points of departure' works are on view alongside Kher's clay-based sculptures that draw from Hindu mythology.

One by one, Shilpa Gupta wrapped confiscated items from Montreal-Pierre Elliott Trudeau International Airport in white cloth and laid them out to create There is No Explosive in This – Confiscated Objects (2011). The installation continues her earlier projects from 2007, which saw the artist gather such restricted objects from the Chhatrapati Shivaji International Airport in Mumbai, or give out briefcases with the reassuring words 'There is no explosive in this' to participants, who were then invited to record their experiences carrying them in public. Anxiety and suspicion rising in public spaces, such as the airport, are among the recurrent themes in Gupta's study of perception and systems that make society.

In 2013, Shahpour Pouyan took a genealogical DNA test that yielded surprising results: for an artist born in Iran, his ancestry traced as far as Northern Europe and the British Isles. Out of this discovery rose My place is the placeless, a group of small glazed stoneware ceramic sculptures based on historic architecture from the 33 countries that housed Pouyan's ancestors at some point in history. Initially presented at the artist's solo show by the same title at Lawrie Shabibi, Dubai, in 2017, his presentation at Galerie Nathalie Obadia is from 2019 and features 15 works.

Waterdrops (1985) is an exemplar of Kim Tschang-Yeul's signature water drop paintings that he has been making since the late 1960s. Photorealistically rendered, magnified, or minuscule droplets exist in a state of ambiguity—their potent forms could burst and slide off the surface any minute, yet hold on with a wondrous tenacity.

In his 2019 conversation with Ocula Magazine, the artist narrated one morning, in his Parisian studio, that launched his decades-long occupation with the imagery: after a long night of dissatisfactory work, Kim splashed water onto the back of his canvases and found that droplets had formed.

Zhang Yunyao's Drawing Room, a solo presentation curated by Hervé Mikaeloff, is one of the six Special Projects at Asia Now 2020 and features recent drawings made in Paris under lockdown. These large-scale and smaller works on paper or felt depict elegant figures inspired by classical sculptures in groups or isolation.

Known for his unexpected and amusing pairings of found objects, Tian Dexi is showing his sculptures in two different sections. In N. 158 (2020), shells from WWI are sandwiched between two baguettes and held together with rubber bands in what de Goldschmidt described as an 'alliance of harshness and softness'. The work is part of Tian Dexi and Aljoscha's duo exhibition curated by Martin Köppel-Yang and Julia Ritterskamp. N. 127 (2017), a pair of identical, yellow and paned windows, is at Liusa Wang's group exhibition Yellow Reflection, which examines the cultural stereotypes and individual experiences under the umbrella term 'yellow'.

The Question Mark (2019), included in Yellow Reflection, is a group of four photographic portraits each depicting a young person of Asian descent. Staring at a sight outside the frame, they all seem to be expressing disbelief and shock, and perhaps disgust. Their expressive gestures are made even more caricaturish by the bright yellow tone of their skin, which calls to mind the common and derogatory association between Asians and the colour yellow in the West. The artist, Musquiqui Chihying, was the winner of the Han Nefkens Foundation - Loop Barcelona Video Art Production Award in 2019.—[O] 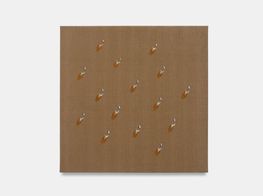 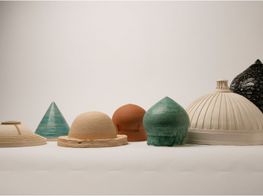 Pouyan (b. 1979, Isfahan, Iran) received his MFA in Integrated Practices and New Forms at the Pratt Institute, New York, and an MFA in Painting from the Tehran University of Art. His recent exhibitions include group shows at Carthage Museum, Tunis;