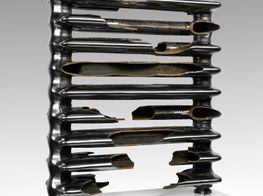 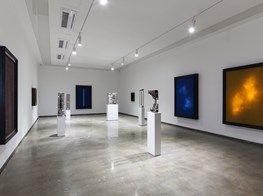 Max Frisinger (B. 1980) is internationally recognised for sculptures and installations that stem from a considered observation of ordinary objects which he re-uses and thus re-invents. Ambiguity is what stimulates Max Frisinger, by working the material and form of the sculptures, he underlines their inherent opposites: brilliancy and decay, the fragmentary appearing complete, bokenness that provokes the new.

Ocula spoke to Max Frisinger as he prepared for his exhibition, Goddess of Industry

, currently on show at Gallery Baton in Seoul, his first solo show in Asia.

Tell us about your background—how did you first become interested in art?

There is a tradition in my hometown, Bremen in Northern Germany, where everybody throws their furniture and other large objects on the streets for weekly collection by the city authorities.  These piles are a social exchange point for the people. After mostly drawing for a couple of years, the unwanted objects became my main source for material. It felt very natural to use an industrially shaped table with three rotten paint jobs instead of drawing a perfect circle.

Your work with ready mades demonstrates an understanding of art historical traditions. What would you say has been your biggest influence or inspiration?

What influences me the most is probably the city I am working in and the people I know there. For a lot of shows I spend long periods of time on location, gathering objects the town produces and throws out. The searchis an important part of my practice and you need to know people to get access to the more interesting zones of a city. In Zurich, for example, I find very different things than in Naples, or at least, my brain is looking somewhere else. 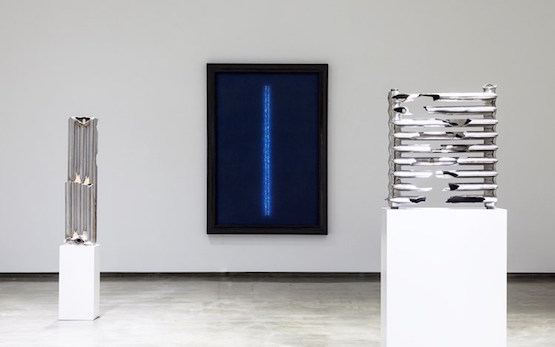 What are you showing at Gallery Baton?

Radiator sculptures and light reliefs. The reliefs are made of nets, which usually cover scaffolds and secure construction sites. These are layered twenty to thirty times (depending on the color) and illuminated with LED lights from behind. I multiply this dirty material until I get a monochrome surface, then light cuts through the layers and opens up the room inside the frame.

The radiators were broken with different techniques, then the paint was taken off and polished in several steps with grinding wheels.

And this is your first show in Asia, do you have any expectations for the reception of your work here?

Since I never have been to Asia before, I was very exited to come for the show. The process of treating objects with a rough industrial background in a very sensitive way will, I believe, be understood the same way in all societies.

Tell us about the exhibition title, Goddess of Industry?

The title comes from Charles Baudelaire when he talks about the rag-picker: "Everything that the big city has thrown away…he catalogues and collects…He sorts things out and selects judiciously; like a miser guarding a treasure, he collects refuse which will assume the shape of useful and gratifying objects between the jaws of the Goddess of Industry". 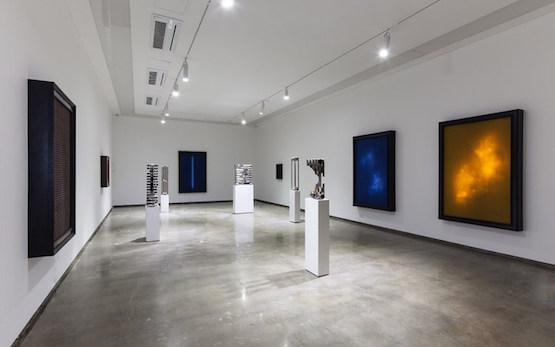 Your sculptures made from re-used radiators are very beautiful, but at the same time suggest a reflection on excessive consumption and waste. Is this a primary concern or are you more interested in aesthetics?

Radiators are very familiar to almost everybody in the world and a lots of people are surrounded by them daily, something I find sculpturally very interesting. It opens a door for the viewer but behind that something unexpected is happening. I was looking for everyday objects, which I could transform into something else by only subtracting material. Cast iron contains air bubbles, which makes the material easier to break. In a classical sculptural sense, I used the radiator like a block of stone or wood. Their broken ribs make them look like whale bones, pre-historic sculptures or futuristic architecture. I think the fight between Brancusi and Duchamp has not been closed yet.

I just finished a new series of works, in collaboration with my colleague Julian Reinhold, a 3D projection mapping specialist, based in Sydney, Australia. We wanted to combine sculpture and video mapping to a point where the two mediums are balanced and start to dance with each other.

In April, the the writer Joerg Heiser, is curating a show in Monaco, which I am looking forward to and later this year I will be working on a larger site specific installation for a show in Denmark in an old brewery. —[O]

Selected works from Goddess of Industry by Max Frisinger 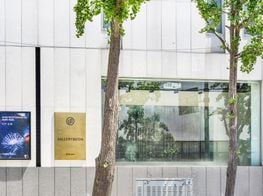 Since its foundation in 2011, Gallery Baton has gained its recognition as one of the leading contemporary art galleries by consistently presenting sophisticated programs based on an in-depth analysis of current paradigms of contemporary art. Paying

Gallery Baton is pleased to present Max Frisinger’s solo exhibition Goddess of Industry from 27th January to 4th March. Max Frisinger, a German artist born in Bremen, has been internationally recognized through his sculptures and