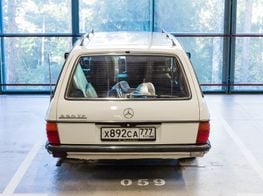 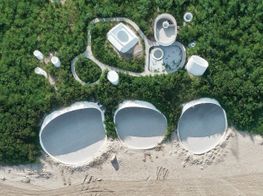 Since taking up the role of director at Ullens Center for Contemporary Art (UCCA) in Beijing in 2011, Philip Tinari has increasingly become known as one of the leading experts on contemporary Chinese art. UCCA is one of the most important non-profit art institutions in China, and Tinari manages an exhibition programme dedicated to promoting both Chinese and international contemporary artists. As such, he is recognised as having made a considerable contribution to Beijing’s aspiration to be an international art hub. At UCCA, Tinari has curated landmark exhibitions to critical acclaim, involving artists such as: William Kentridge, Liu Wei, Sterling Ruby, Matthew Monahan, Kaari Upson, Alex Israel, Pawel Althamer, Xu Zhen/MadeIn Company, Ji Dachun, Tino Sehgal, Taryn Simon, Wang Keping, Teppei Kaneuji, Tehching Hsieh, Wang Xingwei, Kan Xuan, Yung Ho Chang and Gu Dexin.

Prior to joining Ullens, American-born Tinari was editor of the art magazine LEAP. He has served in roles such as China advisor to Art Basel, lecturer at the Central Academy of Fine Arts in Beijing, and founding editor of Artforum

’s Chinese web edition, where he remains a contributing editor. In addition to holding advisory roles for institutions such as the Guggenheim, the Asia Society and NTU Centre for Contemporary Art Singapore, Tinari has been named a Young Global Leader by the World Economic Forum. He holds a BA from the Program in Literature at Duke University, an AM in East Asian Studies from Harvard, was a Fulbright Scholar at Peking University and is pursuing a DPhil in Art History at Oxford.

Tinari spoke to Rachael Vance about the Elmgreen & Dragset’s solo exhibition The Well Fair, showing at the UCCA until 17 April 2016. Representing the duo’s first presentation in China, the show will transform the Great Hall at UCCA into a fictional art fair, raising discussions concerning the public art sector’s apparent enmeshment with the commercial market.

What was your curatorial rationale for this exhibition?

So much of the conversation around contemporary art in China centres on the market, and this was an interesting way to raise questions about what the market is and how it works while also examining some of the spatial and behavioural conditions it produces. It’s at once light-hearted and hard-hitting, confronting us directly with the question of what it means to look at art, or to be asked to look at art, as a potential consumer. 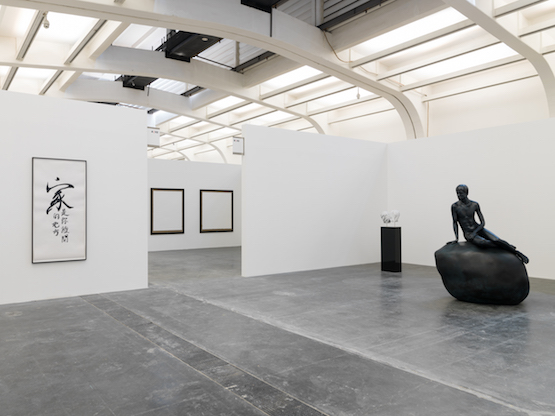 Would you discuss the ideas behind the exhibition The Well Fair, and how this will be displayed at Ullens?

Elmgreen & Dragset tend to tailor their exhibitions to the spaces in which they happen, and upon inspection of our site they decided that our Great Hall is best suited to an art fair. This then became both a structure inside which to show dozens of new and previous works and a theatrical stage set in which interactions among viewers, objects and performers will unfold.

Working with a duo is twice as interesting as working with a single artist—that many more signals to read, cues to interpret, ideas to process. They did their homework, making two long visits to the space; I made one or two to see them in Berlin. The conversation around the show arose out of some of the parameters that surround many shows at UCCA—the urgency and relevance of presenting a body of work by an international artist in China today, possible areas of resonance and misinterpretation, questions of translation—but also included this whole extra valence of using Beijing as a site to think through some questions about the commercial art world on a global level. In a way it’s giving credence to the idea of Beijing as an international cultural hub, something it has always desired if never quite achieved. 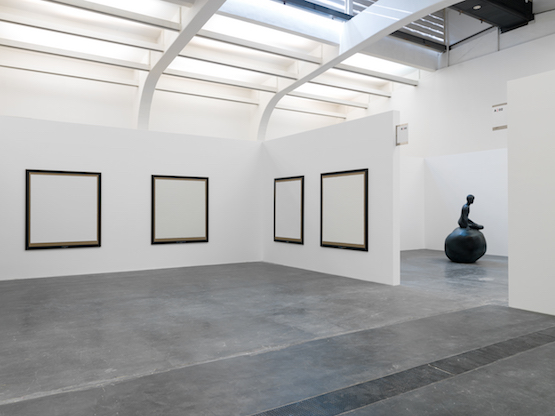 What do you admire about their work and how do you view the duo within the landscape of the contemporary art world?

I think they have pioneered a way of using objects to tell stories that revolve around absent protagonists. They have also found a way of using and twisting the exhibition format in new and unlikely directions, creating simulacra of other kinds of spaces. They never do this simply for the sake of visual effect, but to create new imaginary contexts for their own works. This combination of flexibility and intent as to how the finished work should be implicated and read is I think unique. 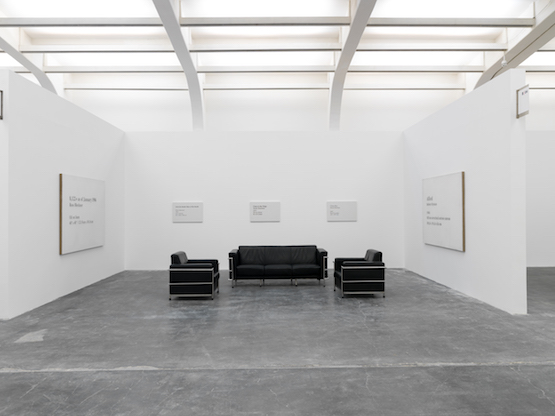 To what degree will the exhibition be interactive for audiences?

To the same degree more or less as an actual art fair—it will invite the sort of in-and-out viewing that a ‘real’ fair does, and a number of ongoing performances will signal to viewers that this is not an ordinary exhibition. It will be particularly interesting as so many of the viewers we expect have not actually been to an art fair, so we will see to what extent they are able to understand and engage with the concept. 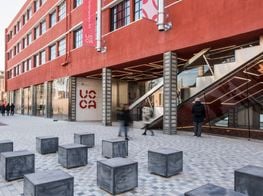