James Mollison was born in Kenya in 1973 and grew up in England. After studying Art and Design at Oxford Brookes University, and later film and photography at Newport School of Art and Design, he moved to Italy to work at Benetton's creative lab, Fabrica. His photographic series are based on original and honest concepts referring to international, human, social and environmental subjects.

His work has been widely published throughout the world including Colors Magazine, The New York Times Magazine, the Guardian, The Paris Review, The New Yorker and Le Monde. His book _The Disciples _was published in October 2008. In 2007 he published _The Memory of Pablo Escobar–_the extraordinary story of 'the richest and most violent gangster in history' told by hundreds of photographs gathered by Mollison. It was the original follow-up to his work on the great apes–widely seen as an exhibition including at the Natural History Museum, London, and in the book James and Other Apes (Chris Boot, 2004). It was in 2010 when Mollison launched his widely acclaimed series 'Where Children Sleep' presenting photographs of children's bedrooms around the world–from the U.S.A., Mexico, Brazil, England, Italy, Israel and the West Bank, Kenya, Senegal, Lesotho, Nepal, China and India–alongside portraits of the children themselves. For his latest series, 'Playground', Mollison has photographed children at play in school playgrounds. The series was published by Aperture in April 2015 and launched in New York followed by a solo exhibition at Flatland Gallery in Amsterdam. Playground was widely featured in the press such as by The Guardian, Metropolis Magazine, Daily Mail, Slate, Huffington Post, The New Yorker, Architectural Digest, Telegraph, Juxtapoz, NRC, Trouw, the Independent, Vrij Nederland, ABC News, The Morning News, Eye Magazine, International New York times, Parool and Our Age is Thirteen.

James Mollison lives in Venice since 2003. 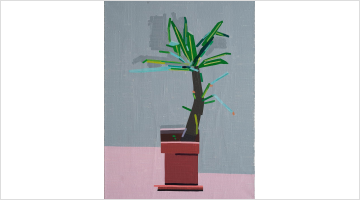