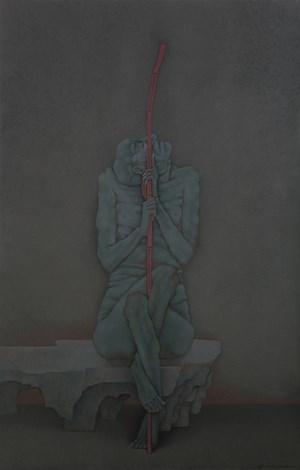 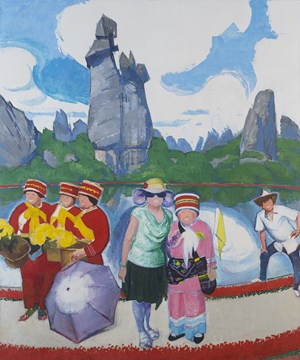 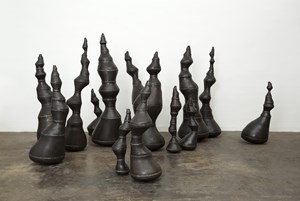 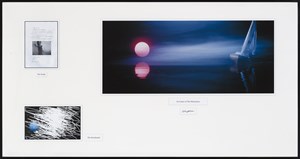 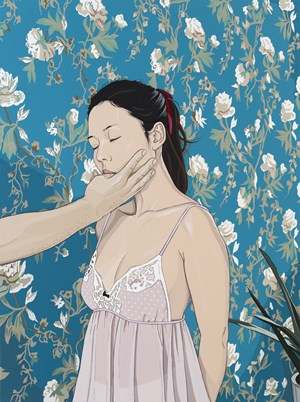 Galerie Urs Meile will focus on a selection of new works by emerging and established contemporary Chinese artists at Art Basel Hong Kong 2016. The presentation will include works by Chen Fei, Hu Qingyan, Li Gang, Qiu Shihua, Tobias Rehberger, Shao Fan, Julia Steiner, Not Vital, Wang Xingwei, Xie Nanxing, Yan Xing and Zhou Siwei. Cheng Ran will present his new works at our booth and his film Letter 249 from 2015 will be presented in the Film section.

Yan Xing (*1986 in Chongqing) is presenting his latest body of work currently at the Lucerne Gallery under the title Nuit et brouillard (through April 30). Yan Xing works in a variety of different media, including installation, photography, space, and design and explores many layers of negativity through the process of artistic language. In summer 2016, his first solo exhibition at an American museum will open at the Eli and Edythe Broad Art Museum in East Lansing, Michigan, USA.

Shao Fan (*1964 in Beijing) is known for his intriguing, achromatic oil paintings of animals like Baby Tiger (2011, oil on canvas, 200 × 160 cm), but recently he is focusing on a new ongoing series of paintings, themed after “Arhat”. This series conveys the artist’s unique understanding and philosophy of “Appreciation of Oldness”, as well as his compassion for the world. “Arhat” origins from Buddhism, and can also be called “ZiLiao Budda”. At the booth he will exhibit the first painting of this series titled Arhat Holding a Cane (2016, oil on canvas, 250 × 160 cm).

Wang Xingwei (*1969 in Shenyang) is prone to depicting scenes that are ambiguous, irrelevant, absurd, vulgar, scandalous, and laughable. His artistic media is painting. His plots are often unexpected and far-fetched, yet charmingly surreal. Wang Xingwei’s main focus is on form. His latest work is Ashima (2014-15, oil on canvas, 240 × 200 cm). The title refers to a long narrative poem of the Sani people in the Yunnan Province, which tells the romantic story of a girl named Ashima. Wang Xingwei squeezes out the maximum possibilities by painting similar motifs again and again. Consequently, some elements can be refound on different paintings from different creative periods.

Chen Fei (*1983 in Hongtong, Shanxi Province) creates paintings to function in the manner of a single frame from a comic strip that seem to be self-contained and self-explanatory. His artistic language is clear and precise. He illustrates life with deft accuracy and his compositions raise all manner of ques- tions that brook no easy answer and, thus, how long and irritatingly they remain in the mind. His new painting Lulu (2016, acrylic on linen, 100 × 75 cm) shows a young woman in front of a flower wallpaper. This painting has, like many others of Chen Fei’s works, an underlying sexual energy and tension.

Tobias Rehberger (*1966 in Esslingen, Germany) pays very close attention to his surrounding. In his artistic practice, perception plays a very important role in his playful way of approaching themes, motifs and materials. At the booth he will present the most recent work of art of his ongoing series of abstract sculptures, that are made of pigmented wax, steel, wood and LED lights. They are divided into different colored fields. In each field there are LED lamps that light up intermittently. By looking at the sculpture for longer, one begins to understand the logic behind the illuminated lights by knowing how to add them up to hours and minutes. The sculpture reveals its function as a clock.

Li Gang (*1986 in Dali, Yunnan Province) experiments with a wide range of media and materials. His recent endeavor in painting consists of coarse canvases, handmade out of hemp-string, on which he paints magnified details (Encounter the Light (2015, oil on hand-made canvas, 126 × 145 cm). In his sculptur- al work Floating No. 3 (2015, 128 × 85 × 66 cm) a symbolical meaning underlays the combination of the materials rebar and jade.

Xie Nanxing (*1970 in Chongqing) will present Postcard No. 7 (2015, oil on canvas, 120 × 80 cm), the last work of this Postcard series, in which he used his “canvas print” technique. Xie Nanxing is a revolutionary and experimantal painter, who is interested in psychology and also approaches his practice with a psychologist’s line of questioning, inquiring into what is behind the surface.

Galerie Urs Meile will be represented in the Film Section of Art Basel Hong Kong with the artist Cheng Ran (*1981 in Inner Mongolia, China). Cheng Ran is an artist who works in different media. On the occasion of a group exhibition at the Van Gogh Museum in Amsterdam, he created Letter 249 (5’) as a response to a letter written by Van Gogh. In Letter 249, Cheng engages in a correspondence between Van Gogh and his brother speculating his own thoughts on Van Gogh’s words. One of his most important projects of the past two years was the creation of 9 hour long film, called In Course of the Miraculous (2015). During the Art Basel Hong Kong, K11 Art Foundation will host the Asian premiere of this film. In Course of the Miraculous was first screened in 2015 at the Istanbul Biennale. It intertwines three stories, that are all based on true incidents but originate from different contexts. They all tell about people who disappeared during risky adventures. At the booth, Cheng Ran will, for the first time, show photographies, that developed in association with In Course of the Miraculous.