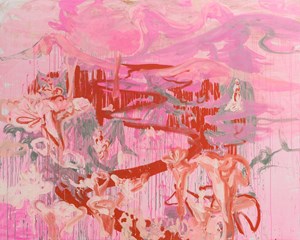 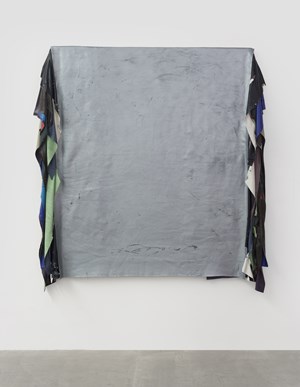 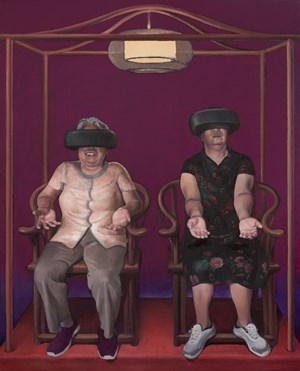 Cao Yu (b. 1988 in Liaoning, China) graduated from the Central Academy of Fine Arts (CAFA) in Beijing, where she earned a Master's Degree from the Sculpture Department in 2016. Her artistic practice includes sculpture, installation, video as well as painting in a broad sense. The artistic language she developed is very straight forward, almost brutal and at the same time strongly connected to her gender identity and expression. Her everyday experiences and feelings are often the direct source of the creation of her artworks. Cao Yu's recent works are reflecting on her role and experiences as a wife and a mother. In 2018, Cao Yu has been awarded the Young Artist of the Year award at the 12th Award of Art China and had a group show at the Zhuzhong Art Museum in Beijing. Cao Yu's videowork The Labourer (2017, single channel HD video (colour, silent), 9', edition of 6 + 2 AP) will be screened as a part of the Art Basel Hong Kong film program.

Shao Fan (b. 1964 in Beijing, China): in 2018, Shao Fan's first European retrospective YOU at the Ludwig Museum (Koblenz, Germany) provided a comprehensive overview of over 30 years of his artistic practice. The exhibition then travelled to the Suzhou Museum (Jiangsu, China). Having developed a unique artistic language over the years, Shao Fan occupies a distinctive position on the Chinese contemporary art scene. The artist converts traditional themes and uses for his ink and oil paintings highly personalised painting methods in order to transfigure familiar subjects such as the hare, the monkey, and the mountainous landscape into monumental formats. Some examples of his new Black portrait series will be featured at our booth.

Tobias Rehberger (b. 1966 in Esslingen am Neckar, Germany) is an artist whose work is characterised by the notions of transformation, serendipity, collaboration and shared experience. His large-scale, site-specific works often take the form of visually rich environments that are spaces for social encounter, such as Was du liebst bringt dich auch zum weinen (2009), which won the Golden Lion at the 53rd Venice Biennale. When working on sculptures, Rehberger often calls on his viewers, friends and other collaborators to complete or contribute to the work. For instance, he invited fellow artists he had portrayed as vases to complete their Vase Portrait with a bouquet of flowers of their choice. Another time, he asked his assistants to initiate sculptural compositions made out of velcro for his Infection series (2007-ongoing). New works from his Vases series will be featured at our booth in Hong Kong. Concurrently, Tobias Rehberger's first solo show in mainland China will be on view at the Rockbund Art Museum, presenting recent works (23 March-26 May 2019).

Ju Ting's (b. 1983 in Shandong, China) works are characterised by the fusion of two traditional art media, painting and sculpture, and the blurring of the boundary between the two. Colour tones in Ju Ting's oeuvre are essential key to understand her work. Ju Ting has always been attracted to pigments that denote the past. These colour combinations exude moods which can be subtle and dramatically different from one piece to another. One can hardly ignore the sensuous texture of her works-one of buttercream-meets-silica gel. This charge of dynamic tones can exemplary be seen in her work Untitled 101918 (2018, acrylic on board, 225 cm x 220 cm x 22 cm).

Rebekka Steiger (b. 1993 in Zurich, Switzerland): in 2018, Rebekka Steiger had her first solo exhibition 猫头鹰-virages nocturnes at our Beijing gallery. The young artist presented recent paintings and works on paper created during her residency at Galerie Urs Meile Beijing. While she continued working in her distinctive style, her extensive stay in a foreign country allowed her more freedom of mind and openness to surprises and chance encounters. Through a layer-by-layer colour rendering, Rebekka Steiger transforms her perception of emotions and atmospheres into mysterious and delicate art pieces, achieving unexpected visual results. The tension between abstraction and representation, the expressive rendering of bright colours as well as the use of non-narrative figurative motifs are key aspects of her work that make the painting not only intriguing, but also unsettling. Putting out fire with gasoline (2018, oil and tempera on canvas, 240 cm x 300 cm) among other new works will be on display at our Hong Kong booth.

Wang Xingwei (b. 1969 in Shenyang, China): continues illustrating bizarre scenes rendered in a classic and exquisite painting technique. The painting VR Experience (2018, oil on canvas, 185 cm x 150 cm) shows a scene that depicts the artist's mother and sister in-law at the Humble Administrator's Garden in Suzhou, China. Both women are watching the introduction of the garden tour with a virtual reality headset. The piece belongs to Wang Xingwei's Portrait developed in the recent years-other pieces from this series will also be included in a solo exhibition at Galerie Urs Meile Beijing concurrent to Art Basel Hong Kong 2019.

Conventional contemporary art terms do not help to describe what a viewer experiences in front of Qiu Shihua's (*1940) paintings. Traditional modes of perception, pre-conceived ideas of space, landscape or painting are not of concern to the artist. One would have to deploy a spiritual vocabulary to find words for Qiu's art: as a viewer, it is best to let associations come and go, and to give up on reason and intention in favor of an intuitive, acquiescent perception. The dimmed light and grey-toned walls allow the land- scapes to stand out from the seemingly achromatic canvas. This year's Art Basel Hong Kong presentation allows for a philosophical reading of Qiu Shihua's works: just as thoughts appear and disappear during meditation, the landscapes flicker in and out of consciousness.