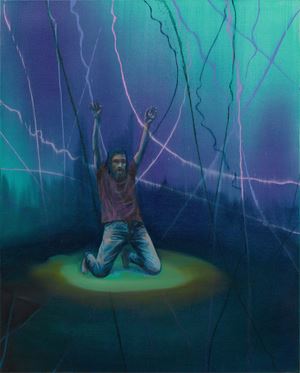 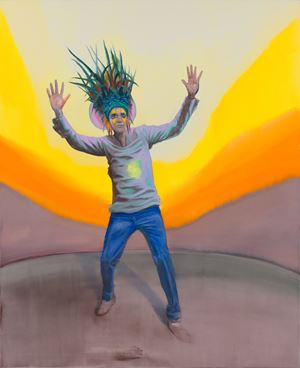 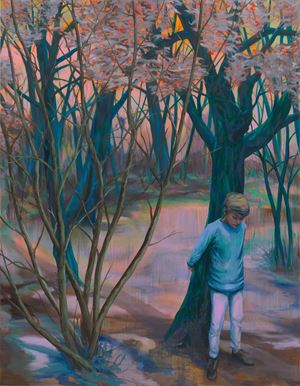 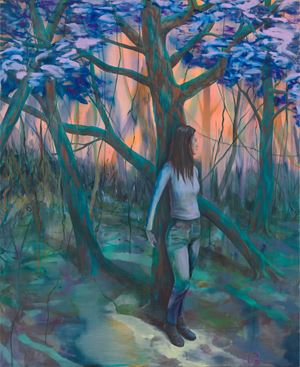 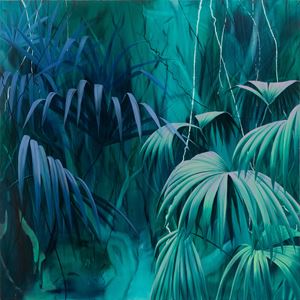 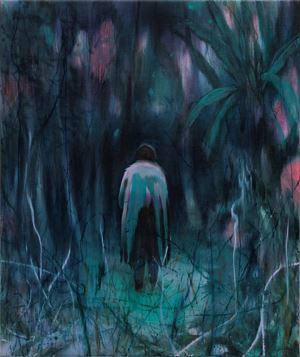 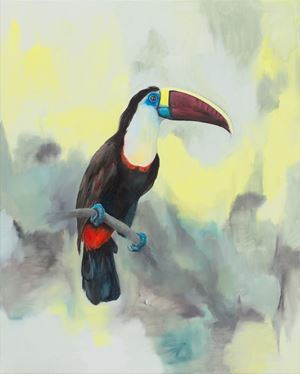 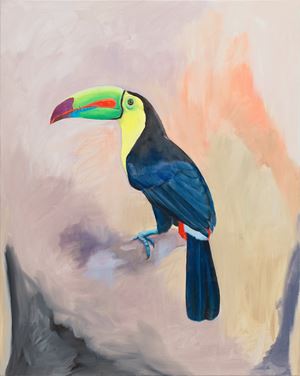 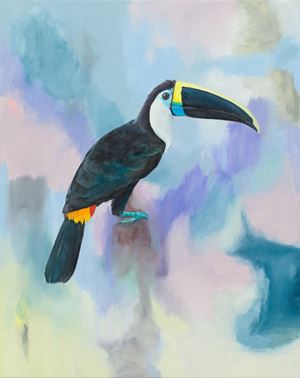 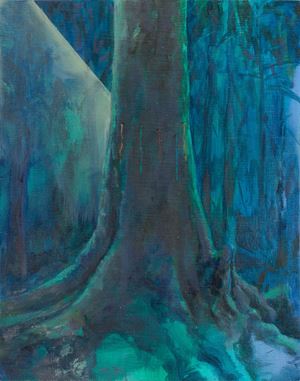 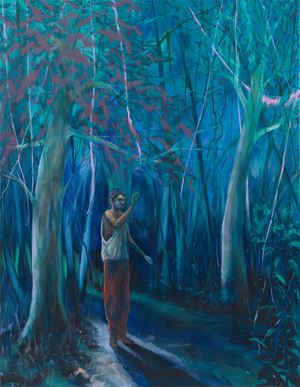 HdM GALLERY is pleased to present Tristes Tropiques, a solo show of French artist Romain Bernini. Opening on 5 December, it will include 14 new paintings and will last until 16 January 2021. This is the artist's second collaboration with the gallery after his 2018 solo show in London.

Romain Bernini's work is influenced by a variety of sources: cargo cult, animism, voodoo symbolism, etc. The current exhibition features three types of works. In the first, exotic birds are set against an entirely abstract background. This lends the birds a mythical aspect. Coming from the void, they appear statuesque and preternatural. A continuation of a previous group entitled Vahana, they are named Diplomat in reference to a work by the philosopher Baptiste Morizot discussing the relationship between man and wildlife.

The second group of works features jungles. Lacking any kind of animals, these jungles gradually recess into a coloured plane of colour. Composed with elements from the artist's everyday environment: plants in waiting rooms, trees from a nearby park and local florists, the sheer stillness and imposing appearance of the plants, as well as the impossibility to identify them geographically suggests a supernatural character. Yet their origin suggests a commentary on the meaning of exoticism and on the definition of the studio as the embarkment room of a plane or as an exotic destination in itself.

Finally, the third group of paintings includes men, women and children in everyday clothes set into colourful forests. Perhaps the most representative of Bernini's works, they seem to symbolise the melancholia of modern men in their contemporary environment. Lost in pathless jungles, the characters are unable to make sense of their surroundings. This perhaps epitomises Bernini's thought on the role of his artistic practice: to give body and aesthetic value to a shared feeling between the artist and his audience.

Born in 1979, Romain Bernini is a graduate from the Sorbonne University. His work has been shown in many solo shows especially in Paris and New York. His paintings have been included in many group shows at the Tripostal in Lille (FR), the Musée des Beaux-arts in Tourcoing (FR), the Wooyang Museum of Contemporary Art, Gyeongju, Korea, and the Museum of Chambery, France. He has been also commissioned for permanent works in Paris and in Macao . He has been a resident of the Villa Medicis in Rome (IT).

Sign up to be among the first to know when new exhibitions by Romain Bernini or at HdM GALLERY open.