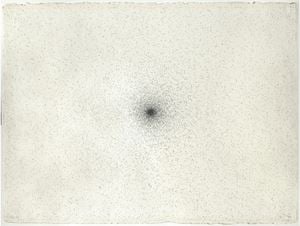 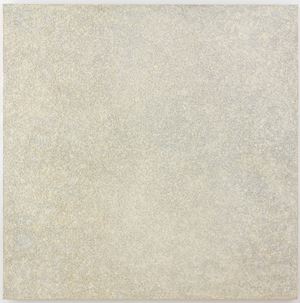 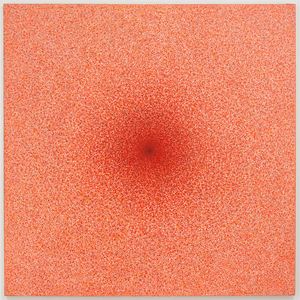 Pace Gallery is pleased to present Richard Pousette-Dart, the first exhibition of the artist's work at the gallery's Palo Alto location. The show features sixteen paintings and works on paper, spanning from the late 1960s to works made shortly before his death in 1992. Celebrating the interplay of light and colour upon painted and drawn surfaces, these energised abstractions evidence the artist's intense and enduring interest in exploring the transcendental and symbolic possibilities of abstract painting and drawing.

A founding member of the New York School, Pousette-Dart is one of the now-famous 'Irascibles' who signed an open letter in 1950 to the president of the Metropolitan Museum of Art protesting the museum's conservative views towards modern American painting at that time. His work of the 1940s and 1950s is characterised by colourful, thickly-painted canvases that feature graphically-delineated totemic and ideographic symbols, contributing significantly to the discourse of first-generation Abstract Expressionism. In 1951, Pousette-Dart moved to Rockland County in upstate New York where his approach thereafter gravitated towards the intuitive application of points of colour expressed in layered balance across the canvas. Today, he is recognized as a highly-independent innovator among 20th century abstract painters, noting himself that: 'The artist must be aware of all schools, isms, creeds, or entanglements which would tend to make him other than himself.'

Works in the present exhibition, such as Radiance Number 8 (Imploding Light Red) (1973–1974), exemplify the artist's exceptional abilities to harmonise light, space, and energy across the surfaces of large-scale canvases. Smaller-scale graphite drawings on sensuous hand-made paper, such as Particle Implosion (1976), simultaneously demonstrate Pousette-Dart's keen ability to express cosmological expansiveness through minute, precise, delicate touches of the hand. The exhibition additionally includes two paintings from the artist's Cosmos series of acrylic-on-board roundels. Here, in concert with other works in the show, Pousette-Dart can be understood to be forwarding something fundamental about the mystical nature of the universe: its openness, its expansiveness, and its unknowability.

The artist once noted that 'Within or about every living work of art, or thing of beauty, or fragment of life, there is some strange inner kernel which cannot be reached with explanations, examinations, or definitions... It is this living particle which makes art mystical, unknown, real and experienceable.' With that notion in mind, Pousette-Dart's work often defies simple interpretations or points of outside reference. Early associations with prevailing concerns relating to the significance of archetypal imagery give way in later work to broader, more expansive exploration of universal forms and visual possibilities. Ultimately, works such as Radiance Number 3 (1968–1969) which employs layers of oil paint impasto to impart a textured hypnotic surface, masterfully realise such potentials.

Sign up to be among the first to know when new exhibitions by Richard Pousette-Dart or at Pace Gallery open.