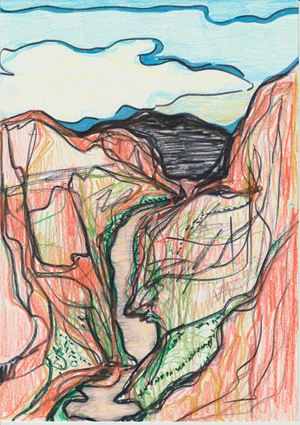 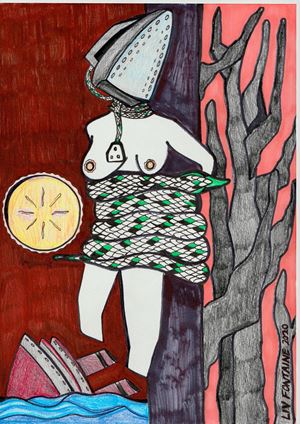 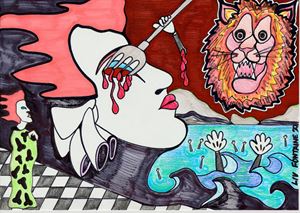 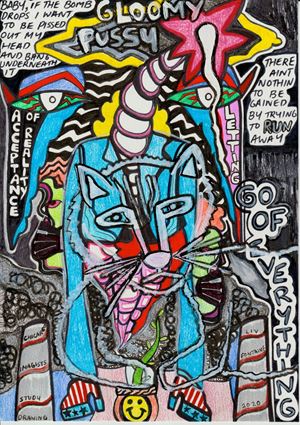 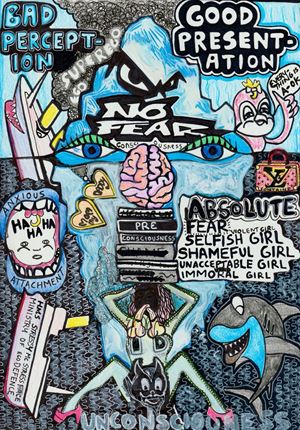 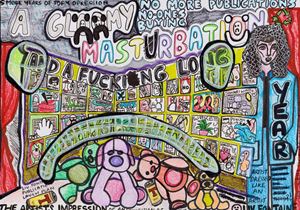 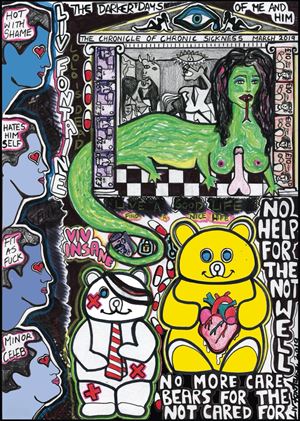 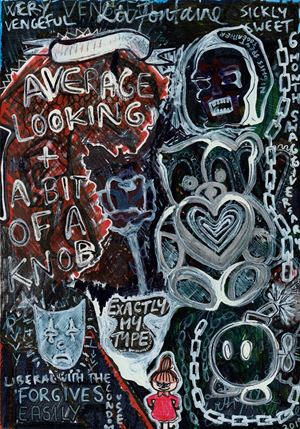 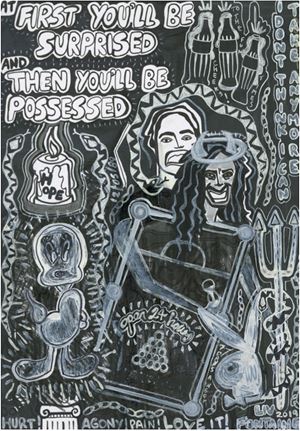 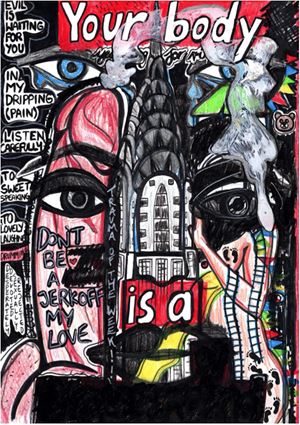 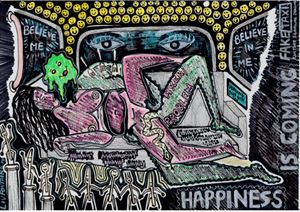 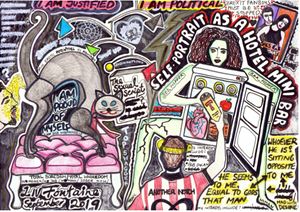 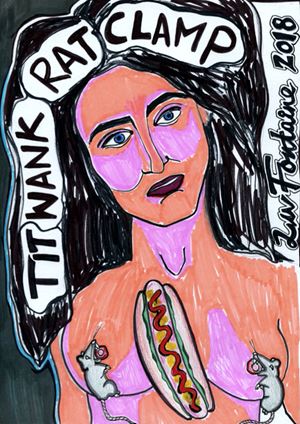 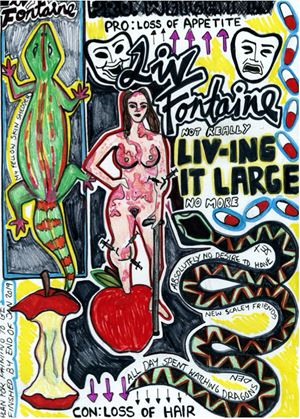 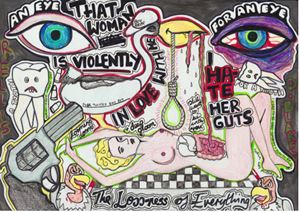 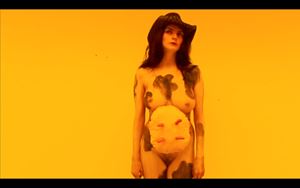 Fontaine (b. 1989, Southampton, UK) works with performance, drawing, text and video. Concerned with sex, relationships, people and politics, her live performances are excruciatingly funny: filled with heartbreak, devastation and charm. For the past decade, she has used different character alter-egos to channel her performances, going by Liv Fontaine (her permanent guise), on occasion by the alias Treacle Fuckface, and her on-stage pseudonym, VIV INSANE. Her live shows boldly confront systems of patriarchal privileges, sexual stereotyping and the subsequent violence that they inflict. At the same time as challenging these notions, she also considers her own complicity in these social discourses, which she describes as being a 'total orgy of depravity'.

In 2018 Fontaine developed an auto immune disease which left her unable to perform for many months. Until this point, her work had been almost entirely performance based. This seismic shift led her to reassess the agency of her body, both as performer and woman. She gained a new perspective, seeking to redefine her own physicality and sexuality, and comprehend and accept the changes she would have to live with. Her body would continue to be centre stage, though its agency shifted from being the object of her work to its subject.

In order to continue her artistic practice, Fontaine reframed her evolving identity, acknowledging it without allowing it to define her, and as a coping mechanism and way of processing her situation, she began to produce drawings.

Fontaine's compulsive, titillating and densely detailed drawings take the viewer on a journey through her mind. Part diary, part fantasy and part information, they fixate on failed romantic relationships, her chronic sickness, therapeutic psychological theories, and the precarious political situation of our time. Largely based on readings from her performances, they continue her exploration into the concept of 'The Woman on the Edge' and themes of hysteria and wild desperation, which she believes is 'the only adequate response to our society'.

Through her performance, writing and drawing, Liv Fontaine speaks through the language of trauma, humour, pain and pleasure, from a woman's perspective. Calling on influences of early Punk Feminist performance, and the work of Lydia Lunch and Lee Lozano, Fontaine raises her voice to confront the systemic problems and complications that women face now and have done throughout history.

Caregiver, objector, entertainer and lover, Liv Fontaine is many things. Her story is one of crisis, empathy, utter pleasure and impending doom. Perhaps there is no such thing as a breakdown, only a breakthrough.

View the online exhibition by visiting the gallery's website www.richardsaltoun.com/viewing-room/

Sign up to be among the first to know when new exhibitions by Liv Fontaine or at Richard Saltoun Gallery open.
Sign UpLogin