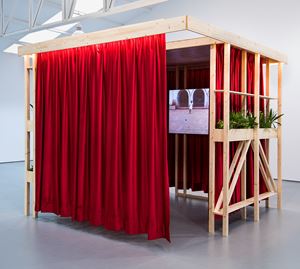 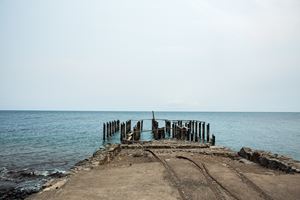 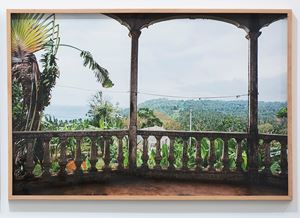 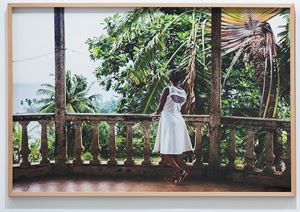 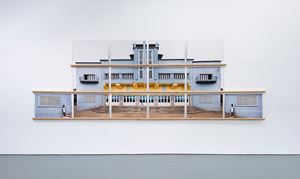 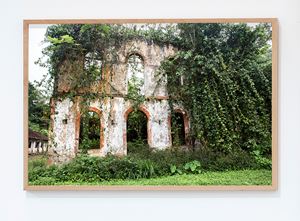 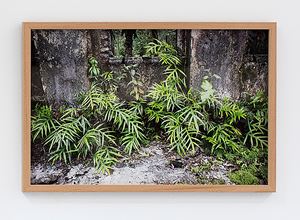 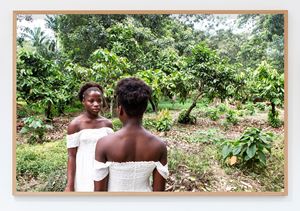 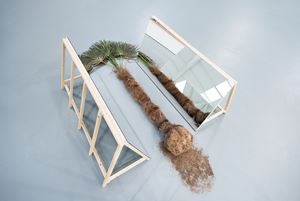 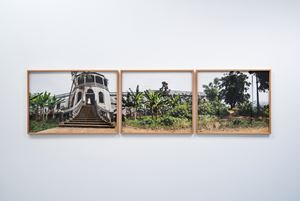 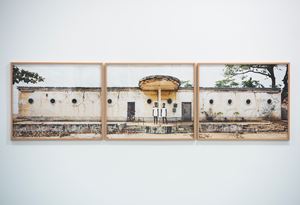 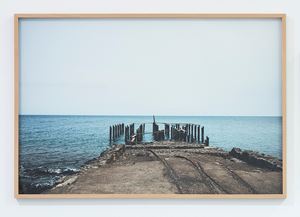 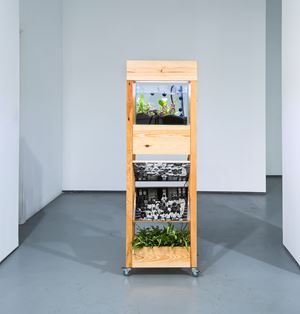 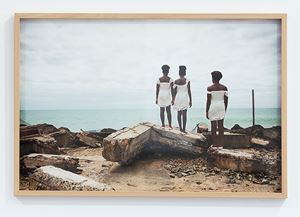 Sabrina Amrani is pleased to present All that burns melt into air by Mónica deMiranda, the second exhibition of the artist in the gallery.

All that burns melts into air is an exhibition composed by installation, film and photography, that presents a story told in part fictionally and part as a documentary, formulated in different chapters. The exhibition comprises plants, mirrors, sound, video and photographs. Everything formed by these elements reflects, in turn, a deep link with conflicting memories and historical factors and narratives. It is a portrait of a geographical and historical reality related to the island of São Tomé, in the West Coast of Africa.

The show displays places between ruins a the forest, between the utopian visions of the modernist avant-garde and the post-fall images of Socialism and its ideologies. The past reappears, transformed into the present, in a transcendent process of rebirth that in its ethereal quality has the potential to travel again from today to tomorrow.

All that burns melts into air (instead of 'All that is solid melts into air') suggests precisely the layers of a new manifest, referring to a socialist utopia now impregnated with an ecological meaning and urgency for change. Starting from the metaphor that everything that burns (in an attempt to extinguish memories) melts, and does so as a transformative process, the exhibition refers to social and political changes during the rise of the movements of liberation in Africa, or African Socialism.

The show explores the experience of modernity, its utopias and its remains, as ruins and forgotten memories engraved within the decay of abandoned buildings. All that burns melts into air is simultaneously about destructive and productive forces, and their constant process of destruction and renewal.

All that burns melts into air 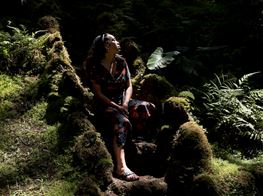 Mónica de Miranda maps the Afro-European trajectories in her work.

Sign up to be among the first to know when new exhibitions by Mónica De Miranda or at Sabrina Amrani open.
Sign Up