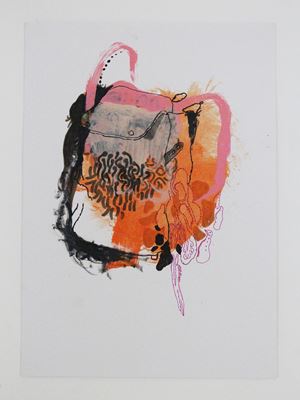 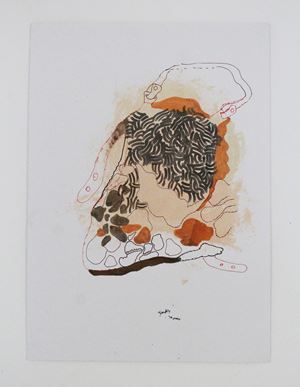 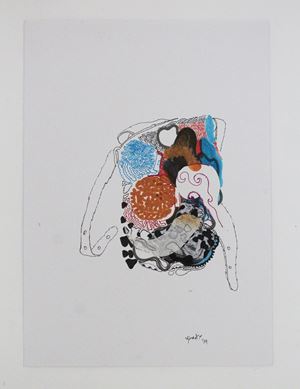 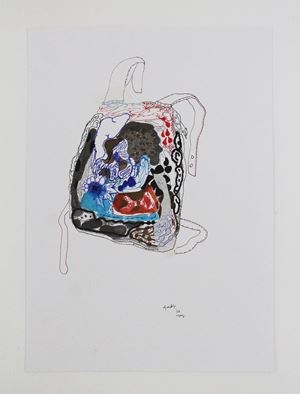 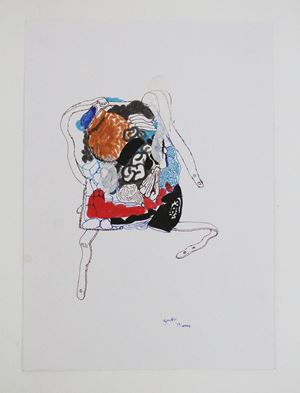 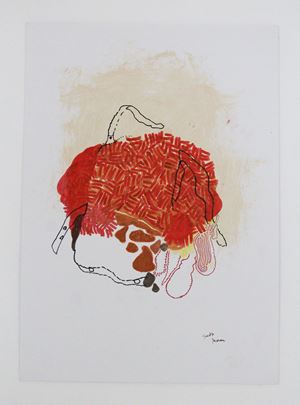 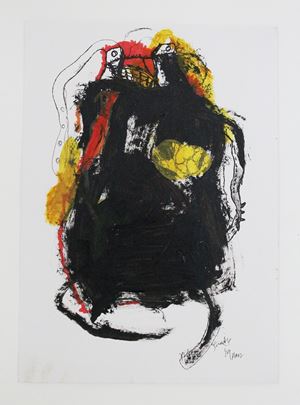 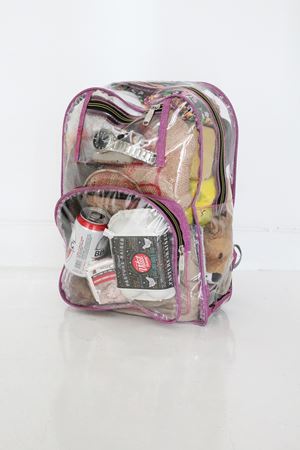 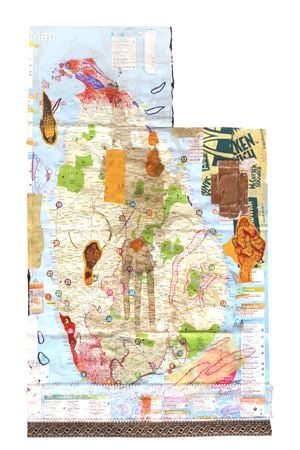 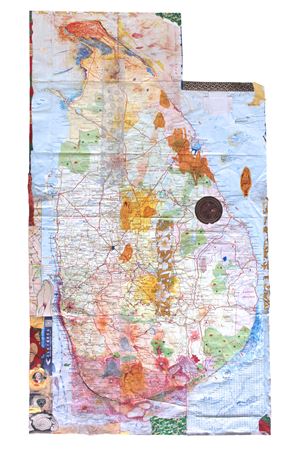 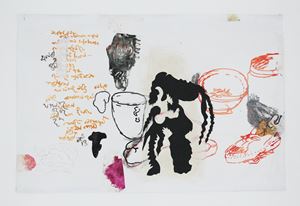 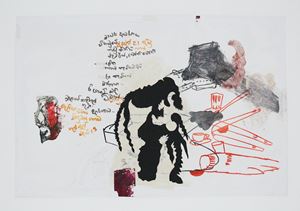 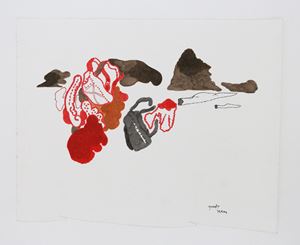 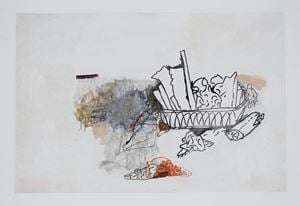 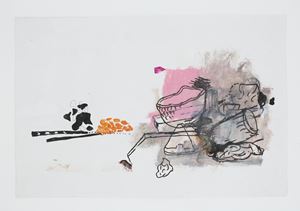 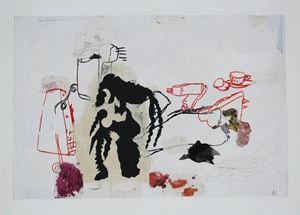 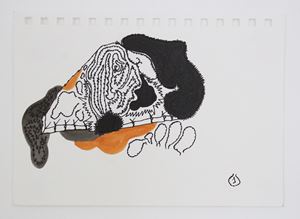 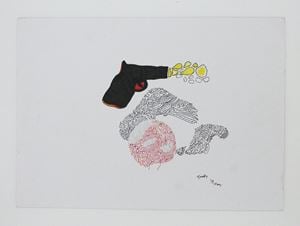 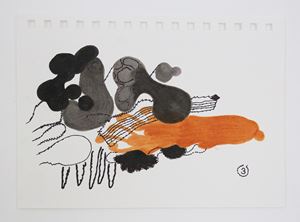 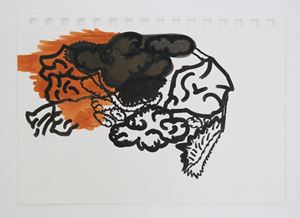 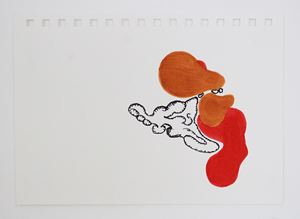 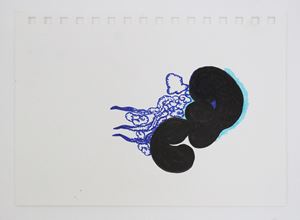 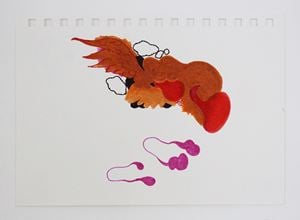 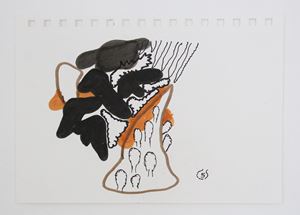 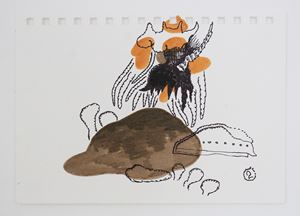 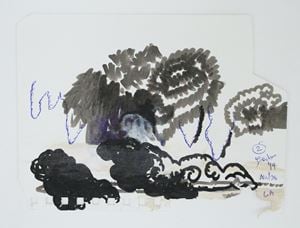 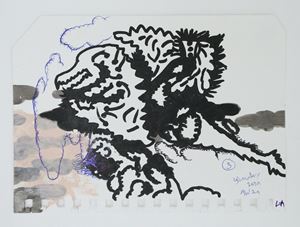 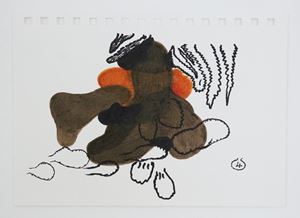 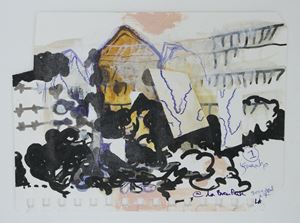 Saskia Fernando Gallery is pleased to present April Works: Backpacks, Bombs & Borders by Jagath Weerasinghe. In this series, created in April 2019, Weerasinghe responds to the Easter Attacks that occurred in the same month in Sri Lanka. In Los Angeles during this time, Weerasinghe began a smaller series of work on paper and installation in response to news of the attacks, he later continued the series during his residency at Davidson College of Art, North Carolina where he created works on Butcher Paper. The artist draws parallels between mundane objects/materials and violence; an evolution of this form of narrative and hidden ironies are continuously present in his work. Using the self to narrate the political concepts in his works he writes love letters to emphasize the harsh reality behind the themes of violence, corruption, sexuality and borders.

Sign up to be among the first to know when new exhibitions by Jagath Weerasinghe or at Saskia Fernando Gallery open.