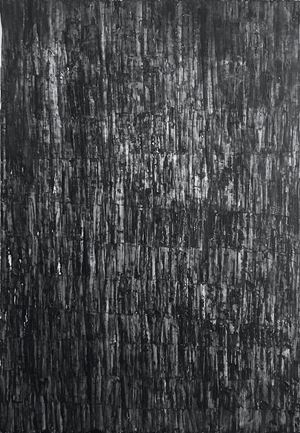 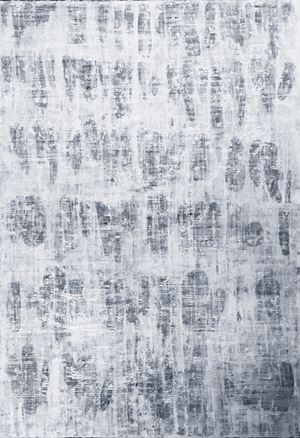 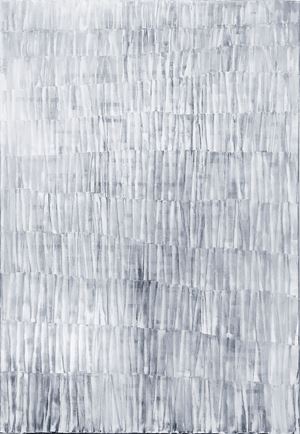 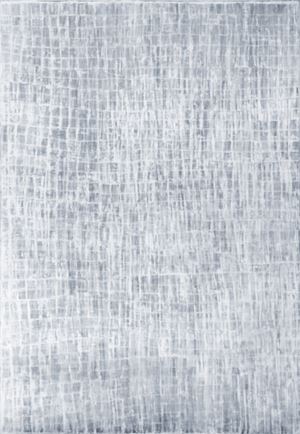 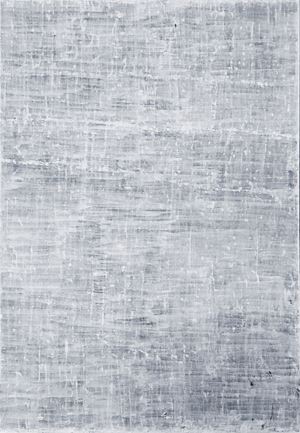 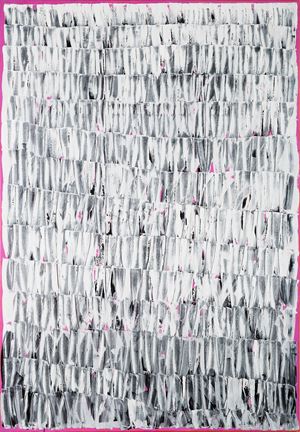 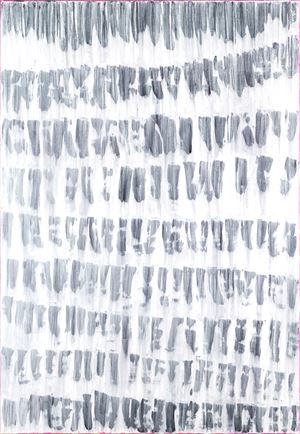 Marking Dawes' debut exhibition with Yavuz Gallery, SKINDEEP features seven large-scale monochromatic paintings that expand upon the artist's dynamic engagement with dimensionality, form and abstraction. In this new body of work, Dawes departs from her precise colour fields of interlocking patterns and controlled symmetries. Opting instead for the palette knife as a key tool, paint is visibly scraped and pushed, creating loose sweeping gestures that require no precision. With each replicated and serendipitous gesture, marks are created contingent upon the size of the knife and the amount of paint carried by it. The urgency required to cover the painting's surfaces in one day heightens the physical and emotional intensity of body to canvas. From top to bottom, left to right, different states of being are rendered. After several hours of repeated action the exertion, exhaustion and a kind of desperation to cover the surface is telling in the marks. The refined edge and unified plane so familiar in previous work dissolves into depth, rawness and a tangible perception of chaos. Disrupting the structural and inherent organising parameters of the grid, Dawes instead emphasises the sensorial encounters of abstraction. The exhibition's title, a critically important cue, points to Dawes' exploration of the phenomenological. In her deliberate separation of the words 'skin' and 'deep', Dawes examines the way these words reflect and look yet reveal a contradiction. 'Skin' alludes to ideas of superficiality, of the surface and materiality of the body; whilst 'deep' denotes depth and the profound. A metaphor for the act of abstract painting itself, the works disclose the ways in which one may shape and be shaped by forces known and unknown. They simultaneously embody surface and depth, sensing heightened corporal presences in the surface of the paintings.

In SKINDEEP, Dawes pushes beyond the measured boundaries of geometric forms that have been central to her previous bodies of work. Navigating instead between the phenomenological encounter, the exhibition extends the artist's deep exploration of the nature and form of the abstract image.

Tuesday–Saturday: 10am–6pm
Sundays, Mondays and public holidays by appointment only

Sign up to be among the first to know when new exhibitions by Debra Dawes or at Yavuz Gallery open.