Known for his films, photography, sound-recordings and sculpture that pose questions concerning representation and meaning, Willem de Rooji's survey show Whiteout presents seminal work produced by the artist over the last 20 years. Included within the show are works which the artist produced as part of the duo De Rijke/De Rooij with fellow Dutch artist Jeroen de Rijke. One of the works is the 16mm film I'm Coming Home in Forty Days (1997), which allows the viewer to embrace the slow, voyeuristic circumnavigation of an iceberg in the bay of Ilulissat, Greenland. In doing so, the medium of film and its presentation is examined as much as its content concerning notions of environmental change. This immersive sentiment is also located in Ilulissat (2014). The 12-channel digital audio recording—reminiscent of a Janet Cardiff and George Bures Miller piece—projects the recording of sled dogs howling at differing intervals, conjuring a sense of mourning.

In parallel to the Willem de Rooij exhibition, works by the young Canadian artist duo Eric Bell & Kristoffer Frick are on view as a part of the Compound series, which sees artists invited by de Rooij to present works commissioned by KW in rotations of three months each. For their presentation, Eric Bell & Kristoffer Frick have created a poignant selection of highly charged, deadpan still life photographs with a cinematic quality that reflect society's contemporary anxieties.

Schinkel Pavillon
Geoffrey Farmer, The Care With Which The Rain Is Wrong
17 September–12 November 2017

Works by another Canadian, Vancouver-based artist and the country's current representative at the 57th Venice Biennale, Geoffrey Farmer, are also currently showing in Berlin. His solo show, The Care With Which The Rain Is, currently inhabits the Schinkel Pavillon's subterranean, octagonal Schinkelklause and main glass pavilion on the first floor. In this exhibition Farmer appears at once a collector, anthropologist, historian and artist. In his ongoing quest to ambitiously convey the cultural and political history of humankind, he presents audiences with an onslaught of accumulated imagery in two formats. His film Look in my face; my name is Might-have-been; I am also called No-more, Too-late, Farewell (2013) is derived from an image inventory of 17,000 illustrations composed with sound clips spanning the course of 150 years. Images of anonymous nudes intermingle with pictures appropriated from the fields of politics, ethnographic studies and pop culture. Projected onto a large wall panel via a computer-generated algorithmic montage sequence, the diverse imagery hypnotically alternates in step with a corresponding soundtrack that suggests associative interpretations and imagined narratives.

The dense flow of imagery continues in his sculptural collage Boneyard (2013). Comprised of small, upright paper cutouts of differing scale placed upon a large round plinth, the punctuated installation confronts onlookers with a pastiche of countless printed reproductions of sculptures sourced from the art monographs Maestri Della Scultura printed by the Milanese publishers, Fratelli Fabbri. The curious, free-standing cut-outs represent historic moments from antiquity to modern times.

The former Kindl brewery in Berlin's Neukölln district was renovated last year as an expansion to KINDL and is home to the Boiler House; a site for annual presentations of single, large-scale works. Korean-born and Berlin-based artist Haegue Yang capitalised on the dizzying height of the Boiler House (its ceiling is 20 metres high) with Silo of Silence - Clicked Core. The installation is composed of a spectacular vertically suspended, cylindrical mobile made up of black and blue Venetian blinds in combination with jarring fluorescent lighting.

Further inside in the Maschinenhaus, on level one of the building, the exterior detail of Berlin's buildings is placed in focus. In Berlin Fassaden, Asta Gröting presents pieces from her series under the same name made from Silicone and jute in the form of sculptural negative imprints. The moulds, displayed on the walls and laid flat on the floor are akin to museological artefacts and reveal mirror-image impressions of anonymous façades from around the city. Each cross-section contains visual traces of Berlin's history. Bullet hole scars serve as striking, tactile reminders of the Second World War.

In the first hall of the museum the artist actively engages with the building's vast structure in a range of sculptural interventions. Here, notions of physical and social space converge. In order to enter the museum, patrons must pass through an oppressive, freestanding metal structure, entitled Passing (2017), dividing the room. One is then met with a second obstruction: a 10-metre-high suspended leather whip in motion powered by an air cylinder, entitled Breathing (2017). Made up of countless bound, black leather belts, the whip-like form takes flight in choreographed motion at intervals with its belt buckles violently crashing in contact with the gallery floor. Graceful and dangerous, rhythmic and erratic, visitors must carefully manoeuvre past the airborne sculpture. An instrument of punishment or pleasure, you decide.

Following the major solo presentation Harun Farocki: Serious Games (2014–15) at the Hamburger Bahnhof after the artist's passing in the same year, the n.b.k presents the exhibition Harun Farocki Retrospective: Mit anderen Mitteln - By Other Means as part of a larger programme during Berlin Art Week in cooperation with the Harun Farocki Institut, which included a series of films and TV work at Arsenal, an independent film institute, as well as a four-day forum for workshops, presentations and debates looking into the contemporary relevance of Harun Farocki's work. Heralded as one of the most important German filmmakers of his era, Harun Farocki (1944–2014) was interested in questioning the validity of the moving image as a mode of analysis. Investigating its production and consumption, his oeuvre revealed significant links between politics, media culture and technology.

The third in a series of musings presenting the artist's installation works, the exhibition at n.b.k. concentrates on the artist's engagement with cinema. Works on display include: Dubbing (2006), that depicts Robert de Niro in an infamous scene from Martin Scorsese's film Taxi Driver (1976) looped on repeat and dubbed in seven languages to explore the subtle shifts in meaning resulting from each reinterpretation, and the five-channel video installation War Tropes (2011) that brings together key motifs of the war film genre that Farocki became so well known for. —[O] 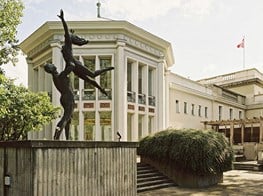 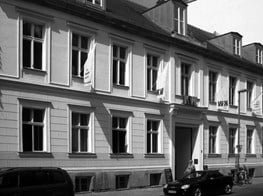 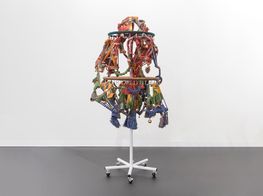 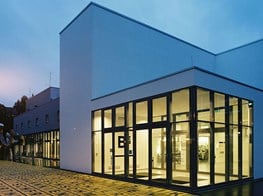 The Berlinische Galerie is one of the newest museums in the German capital and collects art from Berlin dating from 1870 to the present day – with both a local and international focus. Founded in 1975, the State Museum reopened in its own

The Schinkel Pavillon is an art institution with a rather exceptional history in the center of Berlin. Run by Nina Pohl, the Schinkel provides a platform for contemporary sculpture, installation, and media art. The varying exhibitions often take up a