Neon and Plexiglass sculptures and serigraphs by pioneering New Zealand artist Billy Apple® are showing at London's The Mayor Gallery.

This is the first time the artist's neon light works have been shown since 1965, when a ground-breaking exhibition at Bianchini Gallery in New York made him one of the first to use electric light as a sculptural medium.

Born in Auckland in 1935, the artist changed his name from Barrie Bates to 'Billy Apple' in 1962 after studying graphic design at the Royal College of Art in London.

With an interest in branding, Billy Apple's practice became associated with British and U.S. Pop Art movements, with the artist often using his own body to reflect on exchanges present in the business of art.

Apple became interested in neon while working in advertising in Auckland, and later in London for a series of Pop assemblages, with the desire to turn an 'electrical palette' into an 'immaterial emanation of pure colour'. 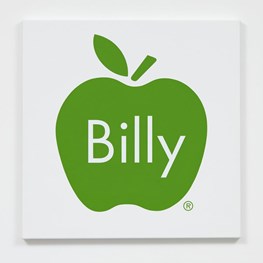