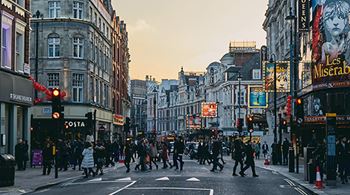 London's most anticipated commercial art event is, arguably, the annual Frieze Art Fair. Featuring curated sections, talks programmes, and more than 160 of the world's most outstanding galleries, the week-long fair in October is the Frieze brand's prized flagship, even with editions in New York and Los Angeles. Over at Somerset House, 1-54 Contemporary African Art Fair takes place over five days. Recent editions have included a series of special projects, a forum, and a talks programme.

More than a Pit Stop for Mega Art Collectors

But, of course, London is more than a pit stop for mega-collectors and star curators: it is home to countless artist-run initiatives and not-for-profits that have long formed the beating heart of the city's arts ecology. In South London, 198 Contemporary Arts & Learning focuses on supporting BAMER (Black, Asian, Minority Ethnic, and Refugee) artists and curators in breaking through the art-world's racial and socio-economic barriers. For over 30 years, their aim has been to foster sustainability and an enduring sense of community. Turf Projects, the first contemporary art space run by artists in Croydon, has a similarly communal ethos behind its dynamic programme of exhibitions and public events. Founded in 2013 and located in two former retail units, Turf showcases the work of emerging and established, as well as local and international, artists.

Meanwhile, the itinerant b.Dewitt Gallery—a self-described 'entry point to the international art scene for U.K. based artists'—combines the responsiveness of an artist-run initiative with the ambition of a bricks and mortar gallery. In Islington, Cubitt fosters critical, peer-led activity including a locally-focused art education programme, while South London Gallery's collection and history, dating as far back as the 19th century, has proved no impediment to staying as relevant as its non-collecting counterparts.

In East London, Chisenhale Gallery has made its name over the years as a bellwether of contemporary art, commissioning new works by the likes of Rosalind Nashashibi, Ed Atkins, Amalia Pica, Park McArthur, and Hannah Black, during the formative stages of their careers. Similarly, Gasworks in Vauxhall is best-known for its solo exhibitions and public events—but its residency and studio programmes are just as worthy of acclaim. A half-hour away from Gasworks, you can experience Auto Italia's commissioned collaborations with emerging artists, many of whom go on to exhibit all over Europe. And across the city, in northwest London's Waterlow Park, LUX—Europe's largest distributor of artists' film and video—showcases the best in moving-image, including the work of several Turner Prize winners and nominees. Check out their latest offering before strolling through Waterlow Park en route to the nearby Highgate cemetery, where you will find the tombs of Karl Marx, George Eliot, and Malcolm McLaren.

In the last couple of years, a handful of new art organisations have also popped up around London offering first-of-their-kind collaborative art exhibition spaces and curated programmes to facilitate galleries and artists moving away from permanent bricks-and-mortar premises. Established in 2018 as a space for nurturing emerging and underrepresented artists, V.O Curations opened their second space in Mayfair in 2021, complimenting their successful East London spot. While a stone's throw from South Kensington's Victoria & Albert Museum, the newly established Cromwell Place is host to temporary studio and art exhibition space for member galleries including Lehmann Maupin and Alexander Gray Associates, to name a few.

For those in London from January through February, the international gallery exchange CONDO—where host London galleries share their spaces with visiting galleries—brings together some of the world's most talked about artists. Founded in 2016 by Vanessa Carlos of Carlos/Ishikawa in Whitechapel, whose own roster of artists includes art stars Oscar Murillo and Korakrit Arunanondchai, CONDO has expanded to include Mexico City, New York, Shanghai, Athens, and São Paolo. Its list of participants—all worth visiting at any time of the year—reads like a veritable roll call of London's most exciting small- to mid-scale private galleries: Southard Reid, Arcadia Missa, Rodeo, Pilar Corrias (all in West London); Project Native Informant, Hollybush Gardens, Kate MacGarry, Emalin, Union Pacific, Modern Art, The Approach, Maureen Paley (all in East London); greengrassi and The Sunday Painter (both in South London).

The Serpentine Gallery and Pavilion

The annual Serpentine pavilion commission is possibly the trademark London art event, for which the gallery invites renowned architects to design temporary structures in Hyde Park. With collaborators like Herzog de Meuron, Zaha Hadid, Rem Koolhaas, and SANAA, it is no surprise that the pavilion attracts as much international attention.

London's larger galleries and museums exert their own force with a revolving programme that ranges from early career to blue-chip. Head to The Photographers' Gallery to see the best in lens-based art, the Royal Academy for its crowd-pleasing exhibitions and annual summer show, or stop by The Barbican and experience the surrounding brutalist complex that is one of London's great architectural marvels. At Southbank Centre's Hayward Gallery, give yourself several hours to see one of its large-scale exhibitions before heading to the Institute of Contemporary Art, which has recently emerged as London's home of cutting edge film programming.

An experience of London's art world would be incomplete without a trip to London's Tate Britain or, the most popular modern art museum in the world, Tate Modern. For smaller crowds but no less stimulating shows, visit Camden Arts Centre, Serpentine Gallery, Whitechapel Gallery, or the recently inaugurated Goldsmiths Centre for Contemporary Art (designed by Turner Prize-winning architects, Assemble). Finish with a trip to see the National Portrait Gallery's storied collection and Victoria & Albert Museum—home of epoch-making blockbusters such as Alexander McQueen: Savage Beauty and David Bowie Is. 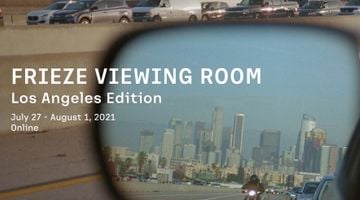 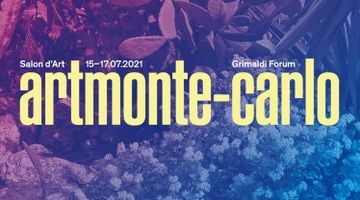 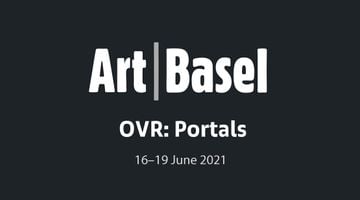