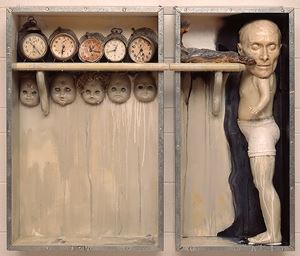 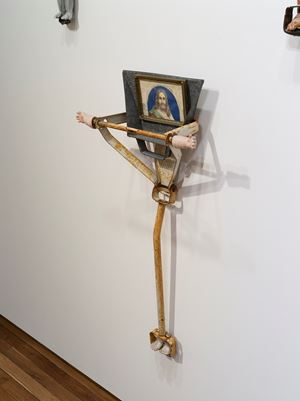 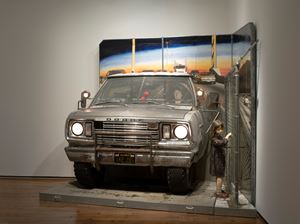 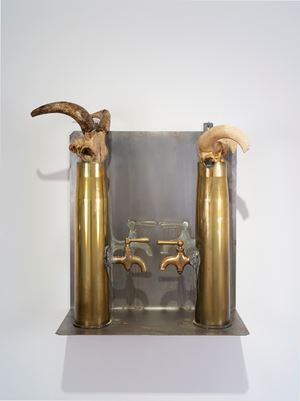 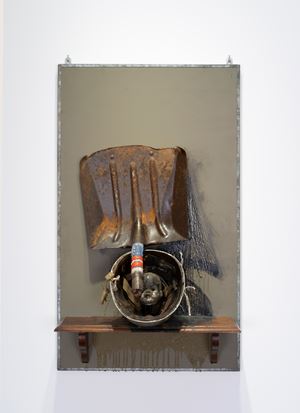 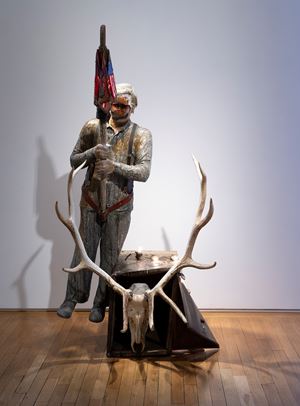 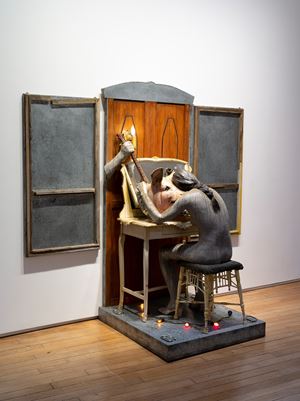 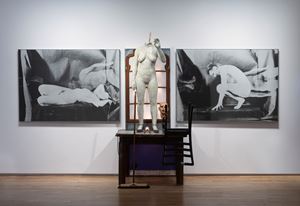 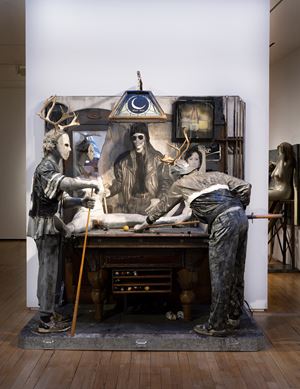 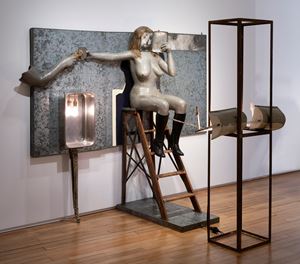 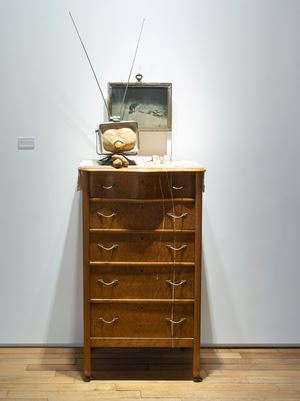 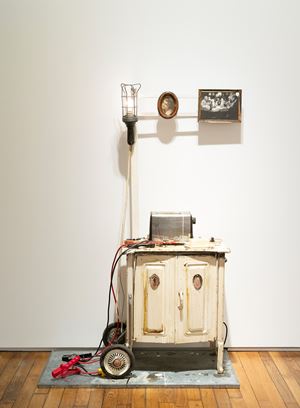 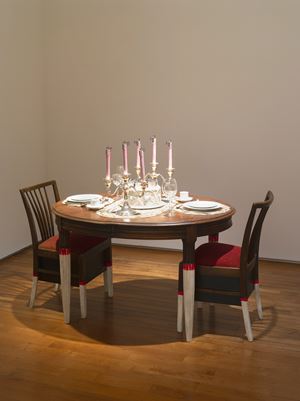 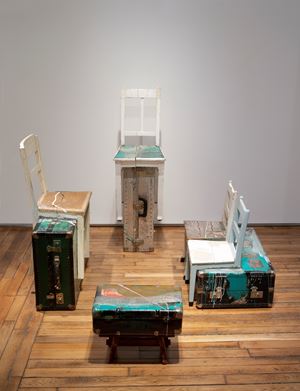 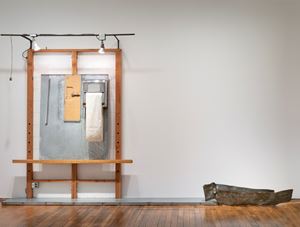 Faithful to its historical programming, Galerie Templon is opening its 2020–2021 season with a major exhibition of the Kienholz. Key figures in American art and pioneering installation artists, Edward and Nancy Kienholz are renowned for their hard-hitting art that combines a formal and political radicalism that is particularly relevant today.

This exhibition presents over twenty pieces, some of them for the first time in Europe, created between 1978 and 1994, the year of Edward Kienholz's death. Life-size installations, three-dimensional tableaux and assemblage works made from everyday items, their works lie beyond the boundaries of sculpture, depicting an unsettling world as fascinating as it is repellent. Far from the conventions of readymade or pop art, their strange scenes are populated by human figures and manufactured items that create an ambiguous and mysterious realism. The aim is to offer a fierce criticism of the dysfunctionalities of American society: unbridled consumerism, everyday racism, sexism, structural violence and religious hypocrisy.

In an America celebrating sexual revolution and the utopia of equality, they mercilessly denounced the exploitation of women and commodification of the body in works such as The Rhinestone Beaver Peep Show (1978) and The Pool Hall (1983). The spectacular Jody, Jody, Jody (1994), featuring a menacing car and a young girl tightly gripping a wire fence, speaks of a disillusioned society and violence against children.

As art critic Germano Celant explained that 'Kienholz made no attempt to sublimate the meanness and tragedy of life, its conditions of loneliness and triviality, but used them as a way of putting a shine on a low and popular universe, in which the wasted and the dirty, the depraved and the filthy represented a new and surprising beauty: a feeling or perceiving that stupefies and excites, impresses and sickens, but never leaves you indifferent.'

Their artistic engagement was rooted in visual shock and a denunciation which, although indisputably resolute, was also unfailingly subtle and elusive. While certain works convey a sense of muffled rage, others, less didactic, leave the viewer wholly free to draw their own conclusions. For example, the J.C. series of enigmatic crucifixes made from odds and ends is a puzzle: Christian devotion in a cynical world, or indictment of religious bigotry and power?

Twenty-six years after the death of Ed Kienholz and one year since Nancy died, this exhibition at Galerie Templon, which now represents the duo's work in Europe, illustrates more clearly than ever the complexity of artists who have become part of history but whose approach, often running counter to mainstream movements of their day, turned them into visionaries.

Edward Kienholz was born in Fairfield, Washington, in 1927. A self-taught artist, in 1957 he founded the legendary Ferus Gallery in Los Angeles with Walter Hopps. In 1961, after his first solo show at the Pasadena Art Museum in California, he was selected, with other West Coast artists, for the exhibition The Art of Assemblage at MoMA, New York. This now-famous show saw his work displayed alongside art by Picasso, Schwitters, Duchamp and Cornell. In 1966, his show at the Los Angeles County Museum of Art stirred considerable controversy.

In 1972, he met Nancy Reddin, born in 1943 in Los Angeles. Ed and Nancy married that year and struck up an intense artistic and intellectual partnership. In 1973, for political reasons among others, the couple moved from Los Angeles and made their home in Berlin, dividing the next twenty years and more between the German city and Idaho. All the works were co-signed by both artists until the death of Edward Kienholz in 1994.

In France, their work has been shown at the Musée d'Art Moderne de la ville de Paris (1970) as well as at a major retrospective held at the Centre Georges Pompidou in Paris (1977). Internationally, a major retrospective was held at the Whitney Museum of American Art in New York (1995), then at the Museum of Contemporary Art in Los Angeles and the Berlinische Galerie in Berlin (1996–1997). In recent years, their art has been exhibited at an array of leading museums, including Fondazione Prada in Milan (201-62017), Schirn Kunsthalle in Frankfurt and Museum Tinguely in Basel (2011–2012), Los Angeles Museum County of Art and Louisiana Museum in Humlebaek (2011–2012), and ICA Miami (2017–2018).

Sign up to be among the first to know when new exhibitions by Ed & Nancy Kienholz or at Templon open.