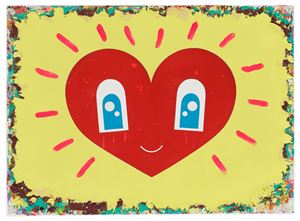 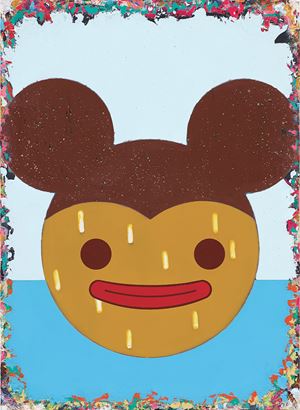 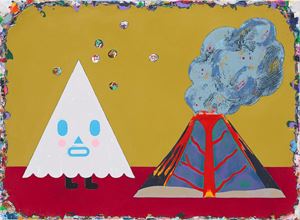 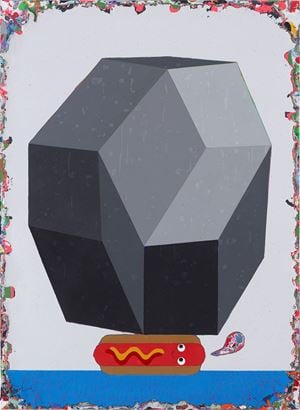 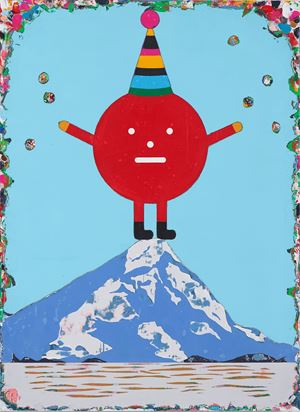 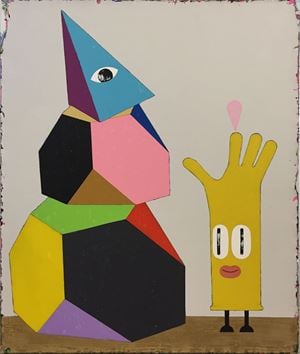 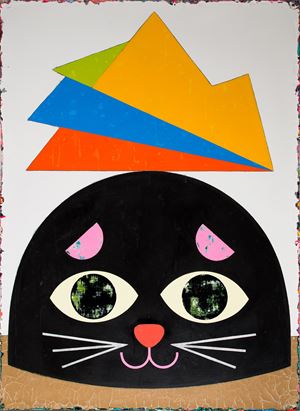 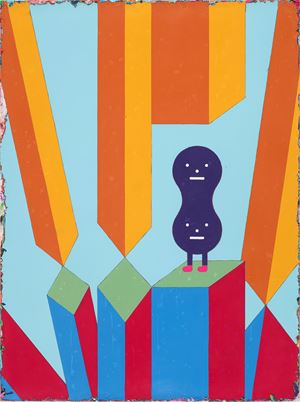 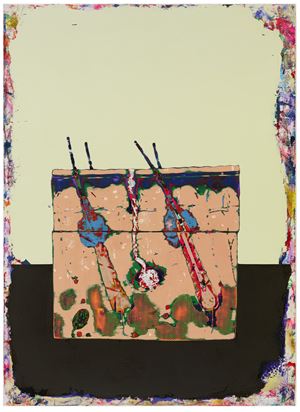 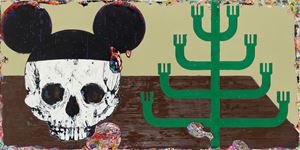 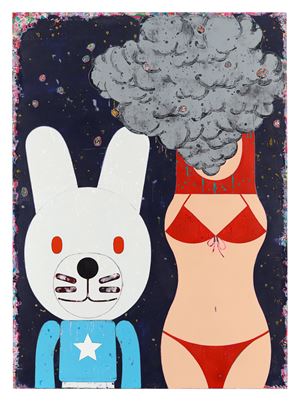 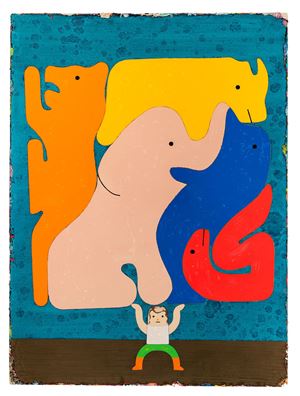 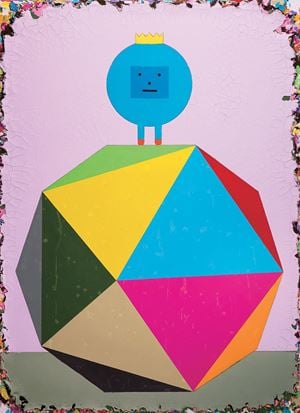 Lai Chiu-ChenThe King Who is Doing Nothing but Standing on a Colorful Ball, 2015Acrylic on canvas
93 x 68 cm Eli Klein Gallery Contact Gallery 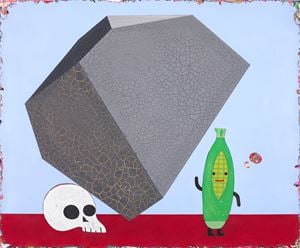 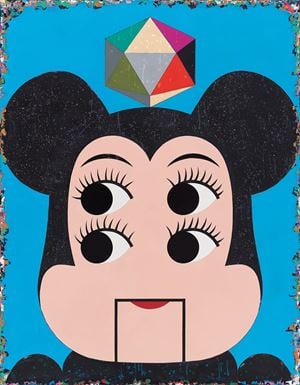 Lai Chiu-ChenHey, Which Eye You Are Using to Stare at Me, 2013Acrylic on canvas
180 x 140 cm Eli Klein Gallery Contact Gallery
View More Works By This Artist

Eli Klein Gallery is proud to present a solo exhibition 99% Unreal, by Taiwanese artist Lai Chiu-Chen's (b. 1970). This will be the artist's first solo show in the United States, showcasing fifteen iconic paintings which were done between 2012 and 2019. Lai's paintings, created during the explosion of access to information, present us with an intriguing look at the portrayal of mundane pop references co-existing within a setting of social, political and economic turmoil.

The 1970s and 80s, when the island was under martial law, was difficult, to say the least. Democratic reform was deemed necessary, whereas political tensions with Mainland China remained at a high level. With globalisation and consumerism looming, artists in Taiwan at the time often found themselves in a position where raw materials were abundant, and the tension between order and expressiveness was at its historical high. Lai Chiu-Chen routinely collected and picked up scattered items and imageries at a young age. He naturally grew into an artist that demonstrates the process of piecing together, re-creating and re-developing instead of pulling ideas out of the blue. To Lai, the starting point of a painting is never a blank canvas. As is evident in the works included in the exhibition, Lai Chiu-Chen's true mastery is the merging and the creating of very unique bonds amongst the elements of pop culture.

The need to co-exist with political turmoil, while out-maneuvering the fine line between order and expressiveness, forced Lai to become a master of resolving tension. This is exemplified in A Beauty Launching a Smoke Grenade (2012), The Little Sun Spreading Flowers on Hill Top (2016), The Umbrella Man Pretends to be a Volcano (2016), and A Hot dog with Great Compressive Resistance (2016). Lai transforms instinctive bodily experiences of weight and heat into visual tensions. On the other hand, the pressure never seems to be overpowering as the characters in these paintings are often depicted in a calm and neutral stance.

The appropriation of common cartoon characters is something Lai also excels in. In his understanding, these personified objects or animals are much more than cute and punchy TV catchphrases. In Merry Christmas with Mickey Mouse (2012), The Fake Mickey Smiling in a Cold Sweat (2013), and Hey, Which Eye You Are Using to Stare at Me (2013), a caricature-esque Mickey Mouse, though portrayed unusually, is the protagonist. Mickey Mouse's influence was world-wide, and spanned nearly a century across multiple generations. When Mickey is introduced to a toddler by his or her parents, it serves as an intro to a hybrid of animal kingdom and human society, that is to say, the digital contemporary. Not only information, but also much of our culture is embedded in this character which is sometimes human and sometimes super-human–whether it's sweaty, or multi-eyed, or deprived of flesh and skin as depicted in these works.

When the Pop Art movement pushed the boundary of fine art to include flipbook-like aesthetics, observation of art migrated from each individual work as a unique subject to a series of works as collectives. These colour-filled borders that are seen ubiquitously throughout Lai's paintings put a stamp on each work: this is Lai Chiu-Chen's creation. Lai's paintings, camouflaged by pop references, are witty and thoughtful. The vibrantly coloured borders which were intentionally left uncovered, seem to remind us to not abandon the wisdom to look beneath - what's hidden from the appearance might be only 1%, or perhaps, 99%???

A digital catalogue with an essay by Cathy Fan accompanies this exhibition.

Sign up to be among the first to know when new exhibitions by Lai Chiu-Chen or at Eli Klein Gallery open.
Sign Up