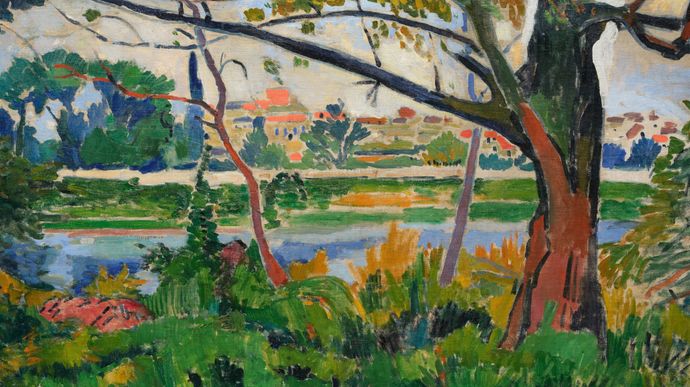 Paley Foundation to Auction Works by Bacon, Picasso, Renoir, and More
Latest News New York
15 September 2022
Pieces from the William S. Paley collection currently held by MoMA will be sold at Sotheby's in London and New York to raise funds for new acquisitions and digital initiatives.
Latest from New York

Ocula Member Galleries are selected by a committee of respected gallerists with the purpose of presenting only the best of contemporary art on Ocula. Ocula is proud to include many of New York's leading galleries as Ocula Members.

Offering up a myriad of art galleries to explore, contemporary art can be found all across the city, from the Upper East Side, and Lower East Side, to Midtown, Soho, and Chelsea and over to Brooklyn and beyond.

Chelsea offers art collectors and other art lovers, one on the most accessible and largest art clusters, with rows and rows of gallery lined streets, and it is here you can find the flagship outposts of global mega galleries Gagosian, David Zwirner, White Cube and more.

The Uptown art galleries dotted along Manhattan's Upper East Side, not far from the Guggenheim and The Metropolitan Museum of Art, also offer up exceptional viewing, albeit the spaces are different from those found in Chelsea's art gallery district. Many of the art galleries are situated in late-19th and early 20th-century townhouses, like LGDR situated on Madison Avenue.

Not to be outdone, the Lower East Side is also a go-to destination for gallery-goers, with edgy spaces, like that of Karma's, found within former storefronts and upstairs lofts.

Brooklyn is famous for being home to many of New York's artists, and while rising rents have pushed many artists out of the suburb it still retains its arty edge, offering up a plethora of exceptional galleries to visit. You can find gallery spaces in just about every neighbourhood from Greenpoint, and Bushwick, to Red Hook, and beyond.

Our exhibition profiles include press releases, installation images, and for gallery spaces, a selection of artworks being shown in New York. They also include access to profiles on exhibiting artists. With the aim to present only the best of contemporary art on Ocula, our Members are determined by a selection committee of respected and influential international gallerists.

Ocula Magazine has developed a reputation for thoughtful and in-depth editorial dedicated to exploring the best in contemporary art.

Our team regularly covers shows and art news relevant to New York. Ocula has interviewed many of the world's leading artists who show regularly in New York galleries and museums, including Haegue Yang, Do Ho Suh, Ugo Rondinone, and Anish Kapoor. Our editorial team also covers exhibitions via insights and features.

Through 40+ years of combined experience and extensive relationships with galleries, auction houses, art dealers, and collectors, the Ocula Advisory team has exceptional knowledge about and access to a broad spectrum of modern and contemporary artworks.

Follow the Advisory team for their Picks on must-see art shows in New York, exceptional artworks in the city, and artists to follow as well as art market news.

Artists on Show in New York

In New York you can view work by some of the world's most exciting artists. Below is a selection of artists with works currently on view in exhibitions showing with Ocula Member Galleries. 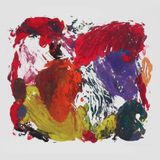 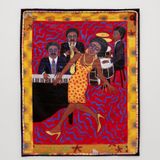 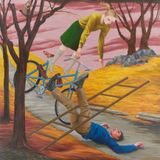 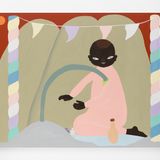 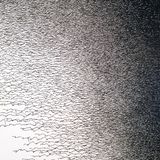 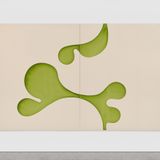 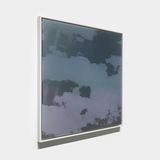 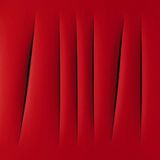 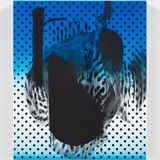 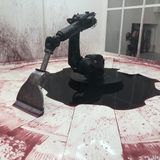 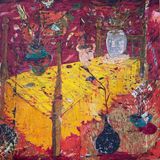 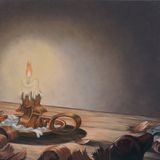 Representing leading galleries in New York, on Ocula you can view a selection of artworks by important established artists, and emerging new talents currently being shown in the city.

Unsurprisingly New York hosts a number of the world's most important art fairs and events.

The Armory Show has been part of the art fair calendar for many years and continues to attract the world's most dedicated collectors. Frieze New York also has become an important global art event, attracting leading galleries to present exceptional artworks to art collectors amassing in the Big Apple each May.

The exact date that New York became the perceived centre of the Western art world is debatable. Some say it was in the early 1940s—during World War II—when a number of European artists immigrated to the United States. Others argue that it was not until Abstract Expressionism was established later that decade. Regardless, over 70 years after Willem de Kooning had his first solo gallery exhibition at Charles Egan Gallery on 57th Street in 1948, New York remains an art world powerhouse.

One reason for New York's significance is the city's many well-endowed cultural institutions. The Metropolitan Museum of Art, founded in 1870, houses a behemoth collection that encompasses over two million works of art made over a period of 5,000 years. Devoted to the evolving story of contemporary art around the world, The Museum of Modern Art holds 200,000 paintings, sculptures, drawings, prints, photographs, media and performance art works, architectural models and drawings, designed objects, and films.

Other notable institutions dedicated to modern and contemporary art include the famed Solomon R Guggenheim Museum, designed by the legendary architect Frank Lloyd Wright, and the Whitney Museum of American Art, founded in 1930 by sculptor Gertrude Vanderbilt Whitney. MoMA PS1—an offshoot of the stalwart Museum of Modern Art—has been one of the largest American non-profit art institutions since its establishment in 1971, while The Met Breuer—the recently opened annex to The Metropolitan Museum of Art—provides ample opportunity to encounter 20th- and 21st-century masterpieces on Madison Avenue.

The concentration of galleries in New York is perhaps most important to its status in the art world. In total, the city is estimated to contain close to 1,500 galleries. These galleries range from blue chip institutions to non-profit art spaces and artist-run initiatives. While these spaces are spread out across the city's five boroughs, many of them can be found in the following six neighbourhoods: Chelsea, the Lower East Side, Soho, 57th Street, Williamsburg/Bushwick/Greenpoint, and Dumbo.

Chelsea—a former industrial neighbourhood ripe with wide-open warehouse spaces along the far west side of Manhattan between 14th and 34th Streets—is home to mega-galleries Hauser & Wirth, David Zwirner, Gagosian, Pace, Anton Kern, Gladstone, Marianne Boesky, and Lehmann Maupin, among many, many others. DIA Chelsea—the New York branch of the DIA Foundation—is one of the notable non-profit spaces in the area.

The Lower East Side is often cited as home to the more avantgarde or experimental spaces. These include Bodega, Chapter NY, CANADA, JTT, 47 Canal, Invisible Exports, Zach Feuer Gallery, 33 Orchard, Foxy Productions, and Sargent's Daughters. More traditional contemporary art galleries—such as Sperone Westwater and Lehmann Maupin—also have strong presences in the neighbourhood. Extending from Chinatown to Houston Street, the art scene centres around Manhattan's only museum devoted to contemporary art: the New Museum on the Bowery. Recently opened spaces in the area include the Brant Foundation Art Study Center, located in a century-old building previously designed for Consolidated Edison and later used as the home and studio of Walter De Maria until his death in 2013.

Adjacent to the Lower East Side is the gallery district of Soho, once the thriving center of the avantgarde. Though not the epicentre it once was, significant current residents include the Drawing Center, Team Gallery, Jeffery Deitch, and Walter De Maria's Earth Room.

57th street and the Upper East Side have similarly ceded dominion over the art world, but continue to house internationally renowned galleries. These are Pace, Gagosian, and Salon 94, among others, as well as standalone institutions such as Craig F Starr, Acquavella Galleries, Half Gallery, and Venus Over Manhattan.

The six neighbourhoods listed above are also home to the city's auction houses, with Christie's located at 20 Rockefeller Plaza, Sotheby's at 72nd street and York Avenue, and Phillips on Park Avenue.

If you really want to see where the cool kids hang, visit the sprawling neighbourhood of Williamsburg/Greenpoint/Bushwick, which in recent years has become the centre of the art, music, and food scenes in New York. Notable galleries include Front Room, Sideshow, Soloway Fine Art, and Figureworks. Dumbo—another neighbourhood in Brooklyn—holds more studio spaces than it does galleries, but it is worth visiting the art spaces—among them Art in General and AIR—if only for views of the Brooklyn and Manhattan Bridges just down the street.

Further into the borough, the evolving Brooklyn Museum has been making a splash in the art world since 1999, when then-mayor Rudy Giuliani threatened to close the institution for its exhibition Sensation. It had included Chris Ofili's now-iconic The Holy Virgin Mary (1996), a work that depicted the Madonna as a black woman made of elephant dung. New York, as residents know, has never been afraid to confront the powers-that-be with revolutionary culture, and that remains true today, even in an increasingly safe and wealthy metropolis.